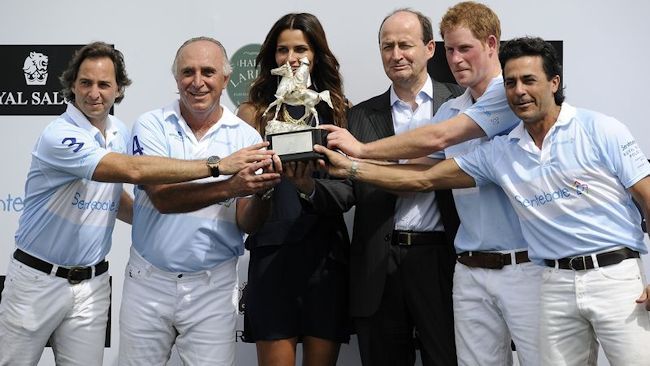 Over 500 international and Brazilian VIPs including supermodel Fernanda Motta, who presented the Prince with the trophy, gathered to watch the Sentebale team play the St. Regis team, captained by Nacho Figueras, with a final score of six to three.

Speaking of his work for Sentebale the Prince said “I hope that with the position that I'm in and the title that I have, I will continue to be able to use that to bring attention to these disadvantaged kids all over the world.”

Christian Porta, Chairman and CEO of Chivas Brothers also said: “We're honoured to support Sentebale for the second year. It was great to witness such a well-played game, with the Prince's team taking the Cup.

“Royal Salute World Polo has a fantastic presence in Brazil, including Triple Coroa Tournament at the Helvetia Polo Club in São Paulo. This amazing country, with a thirst for luxury is a natural home for Royal Salute and we look forward to a great future here.”

The game demonstrated the immense strength and skill of the ‘sport of kings' with Most Valuable Player awarded by British jeweller Garrard to Calao Mello who scored three goals.