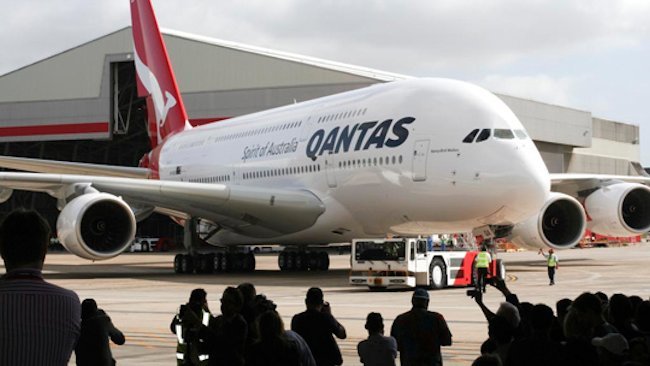 Qantas Group CEO Alan Joyce said the new A380 service was the result of several scheduling changes designed to unlock more flying time, as flagged in February this year under the Qantas Transformation Program.

“As part of our strategy to build a stronger Qantas, we're reducing the amount of time our domestic and international fleet spend on the ground,” said Mr Joyce.

“Aircraft are one of our biggest fixed costs and maximizing the amount of time they spend in the air is good news for our customers and for Qantas – especially when it comes to the A380.

“We have retimed A380 services between Melbourne and London to create a win-win for both our European and American networks.

“This schedule change unlocks more A380 flying time that we can use on the Dallas route, and now offers four times the number of onward connections to Europe because of the new arrival time of the Melbourne flight into Dubai,” added Mr Joyce.

“Dallas has become an important gateway for Qantas customers since we started flying there in 2011. It is the hub for our partner American Airlines and offers more than 30 destinations beyond the west coast of the United States as well as parts of Canada and Mexico on their network.

“When you combine the A380 with the onward connections available from Dallas, this is a great example of the right aircraft on the right route,” he added.

The additional range of the A380 over the B747 it replaces on the Dallas route will see the return service operate direct to Sydney rather than via Brisbane. The larger aircraft also means Qantas will fly six return services per week between Sydney and Dallas (every day except Tuesdays) compared to seven days a week with the B747. This represents a net increase of seats on the route by more than 10 per cent per week.

Adjustments will be made to the mix of A380s and B747s flying on the Sydney to Hong Kong route in order to facilitate the upgrade to Dallas services.

Fleet and network adjustments are earmarked to save up to $600 million over three years for the Qantas Group from the overall $2 billion cost reduction target that is at the centre of the airline's turnaround plans. Increased aircraft utilization and accelerated retirement of older, un-reconfigured B747s form part of this.

Last month Qantas announced a seasonal Perth-Auckland service that uses an A330 aircraft that previously spent weekends on the ground in Perth, when regular business travel demand is much lower. In December last year Qantas increased its Brisbane-Los Angeles schedule to daily.

This month marks the 60th anniversary of Qantas services to the US. In 1954, Qantas operated a Super Constellation from Sydney to San Francisco – its first trans-Pacific route to North America.

Qantas has worked closely with its tourism partners, Destination NSW and Sydney International Airport to secure its new A380 Dallas/Fort Worth service, and previously Tourism and Events Queensland and Brisbane Airport Corporation to secure its daily Los Angeles service.

- The first A380 flight on the QF7/8 Sydney-Dallas route will operate on 29 September 2014. This will be the first time Qantas has offered First Class on this route.