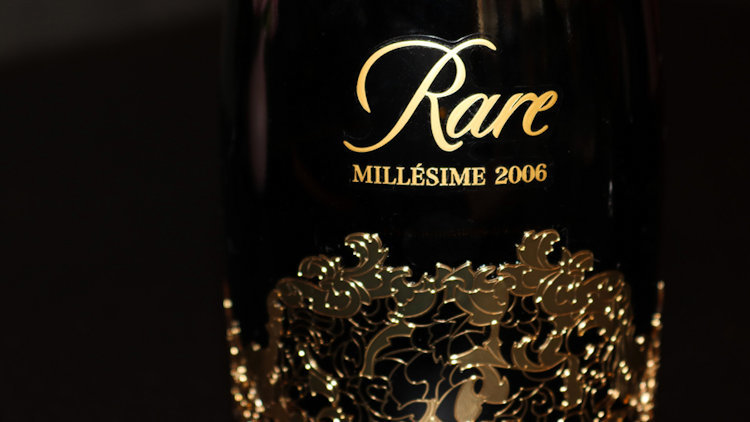 Writing in Edwardian Architecture, Alastair Service describes the host building and its place in the architectural lexicon: “The commission for the Port of London Authority building was won in a competition of 1912 by Edwin Cooper (1873 to 1942), who had recently started a personal practice after working in a series of partnerships. Cooper’s success in the competition of 1911 for the St Marylebone Town Hall was, however, more significant for the future. Reviewing the entries for the competition, the editor of one architectural magazine wrote, ‘We cannot help asking ourselves whether all these colossal columns, domes, towers, groups of sculpture and other imposing features are felt by their authors to be the only natural and inevitable expression of the necessities of the case.’

Such criticism of extravagant building was in harmony with general feeling at the time. And the St Marylebone Town Hall built to Cooper’s designs shows a greatly simplified use of Classicism, emphasizing the volumes in Holden’s [architect Charles Holden] way, rather than creating broken Baroque outlines encrusted in sculpture. The mention of Holden’s name is no coincidence. More than anyone else, it was his work that bridged the gap between the attempts at a Free Style and the varieties of Edwardian Classicism.” 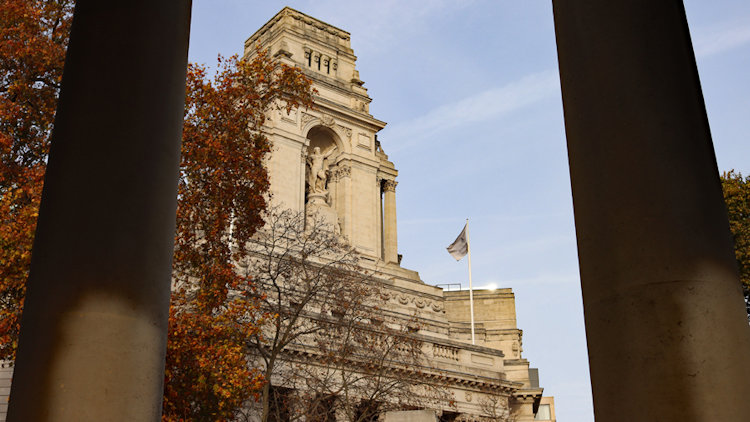 The streamlined architecture of Marylebone Town Hall (long deprived of its sainthood), as Alastair Service observes, is more in keeping with a modern sensibility but the bombastic brilliance of Edwin Cooper’s portico is well suited to a Four Seasons flag. It mightn’t have been purpose built, but if those two other bastions of Beaux Arts architecture (The RAC Club and The Ritz) can be beacons of high end hospitality, why not the Port of London Authority building?

La Dame de Pic restaurant is at the end of a short corridor off a vast domed rotunda lounge in the heart of the Four Seasons Hotel London at Ten Trinity Square. It’s Anne-Sophie Pic’s first foray into the UK. She is the world’s most decorated female Michelin starred chef. Her third generation three Michelin star family owned restaurant is in Drôme; she also has restaurants in Lausanne, Paris and Singapore. Anne-Sophie says, “I know there is no feminine or masculine cuisine but my cuisine is very feminine because I put a lot of intuition, my feelings, into it.” Head Chef Luca Piscazzi brings these feelings to fruition. 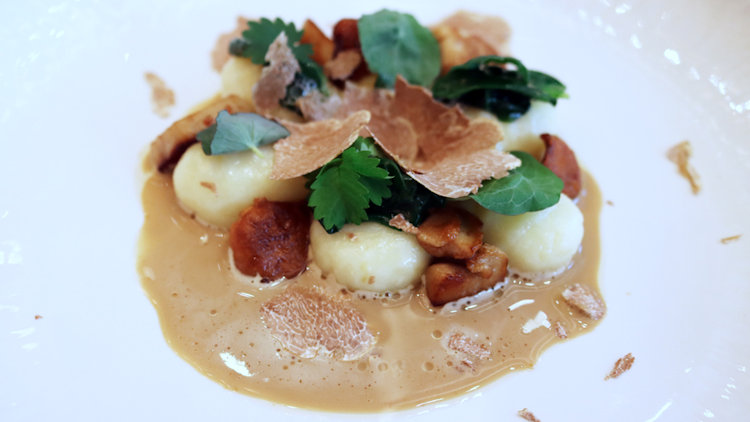 White truffle – it’s in high season – is flaked over the cheese and mushroom gnocchi starter. Acquerello risotto main course is flavored with pumpkin, bergamot and Yellow Bourbon coffee. Poached pear infused with sansho and ginger is decorated with argousier honey and beeswax. Each course is an adventurous fusion of taste and an avant garde work of art. Unsurprisingly, the restaurant had barely opened before it snapped up a Michelin star. A second followed in hot pursuit.

Four Seasons at Ten Trinity Square may be quite close to the Tower of London and very close to Samuel Wyatt’s Trinity House but its immediate environs are surprisingly discreet. That doesn’t stop the 80 cover dining room being full on a midweek lunchtime. The interior is all about spare luxury. White walls and a tiled dado under a mirrored strip matching mirrored columns are softened by leather banquettes and a cluster of snugs below a central gigantic Chinese lantern. 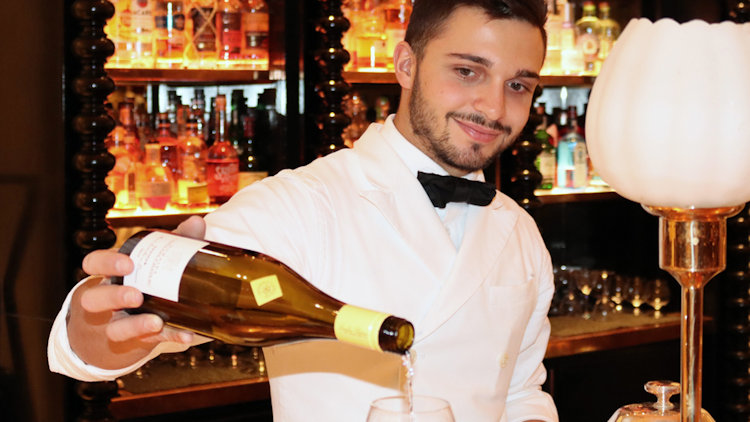 The two vintages available at La Dame de Pic are Blanc 2006 and Rosé 2008. “These are two very different Rare Champagnes,” notes Nicolas. “The year 2006 was warm – winter was pretty mild and there was a summer heatwave. You can see the fullness of the sun in the ripe fruit taste. The year 2008 was cold which resulted in a very delicate cuvée – graceful and not too full bodied. You always have the same aftertaste in all our Rare vintage: duality of warmth and minerality.” 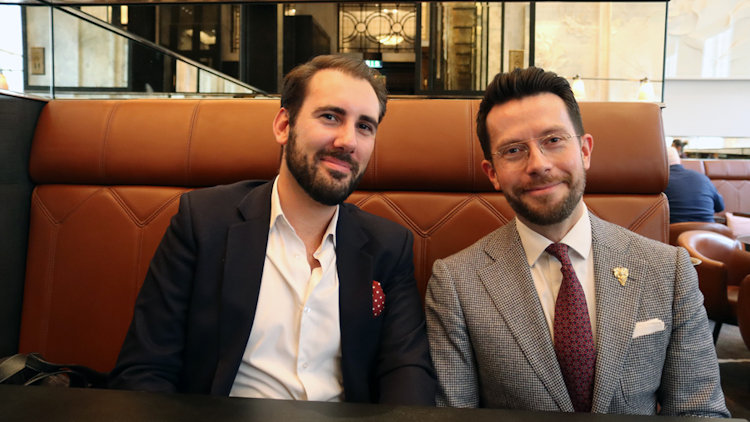 He continues, “The noble origin of Rare Champagne dates back to a presentation to Marie Antoinette and expresses its revolutionary spirit against the trivialization of vintages. Over the last four decades, Rare Champagne has declared only 11 vintages. The tiara adorning the precious bottle features the triumphant vine prevailing over the whims of weather. The bottle design, called Pinte Majeure, is asymmetrical as it was originally mouthblown.” Today, the soft curves of the design pay tribute to Marie Antoinette, the last Queen of France and the first modern icon, renowned for her ability to set new standards.

“This is about more than just drinking Champagne,” relates Nicolas. “We are launching a luxury brand in the UK and Ireland. A luxury lifestyle – the Champagne experience. It’s about having nice glasses, nice places. The luxury way to entertain. And La Dame de Pic is the perfect place to enjoy Rare Champagne!” The celebrated sommelier Jan Konetzki, Director of Wine at La Dame de Pic, adds, “Rare Champagne is a great partner with La Dame de Pic’s food.”

Article and photographs by Stuart Blakley