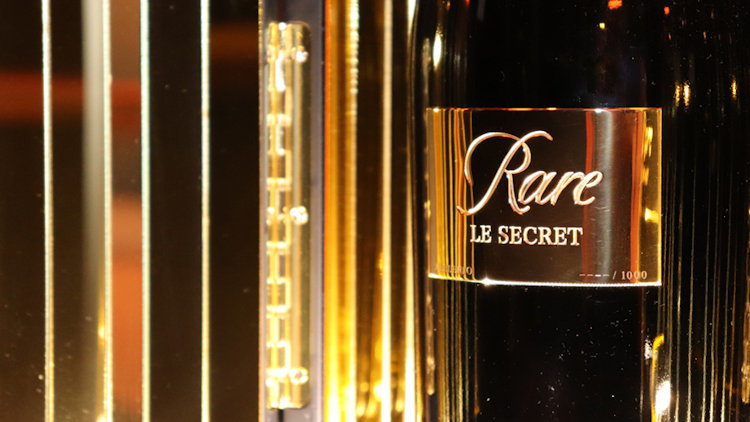 Possibly the best excuse ever to visit Paris, France. Rare Champagne, the multiple award winning Champagne, and Mellerio, the oldest jewelry dynasty in the world (founded in the 16th century), have combined their exceptional talents, refined excellence and muse affinity to create a truly prestigious treasure. Rare Le Secret High Jewellery is an exclusive cuvée from the Champagne House of Rare in a bottle decorated by French jewelers Mellerio. Customers are invited to have the decoration of the bottle transformed into a bespoke piece of jewelry by Creative Director Laure-Isabelle Mellerio once its contents have been consumed. 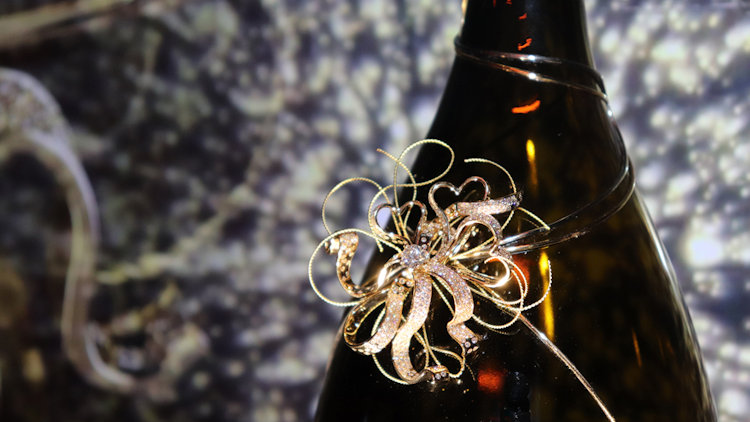 A bottle of Rare Le Secret High Jewellery decorated with a diamond is priced $170,000 or with a ruby, emerald or sapphire, $150,000. Out of 10 bottles worldwide, there are now just three available in Harrods London, one in Takashimaya Tokyo, one in Galleries Lafayette Paris and one in the US through the Rare Champagne Ambassador Jonathan Boulangeat Jonathan Boulangeat and Kyle Kaplan. American Founding Father Thomas Jefferson reckoned, “A walk about Paris will provide lessons in history, beauty, and in the point of life.” Even better, a walk about Paris en route to the studio of Mellerio will provide a lesson in luxury (travel booking is a separate cost). 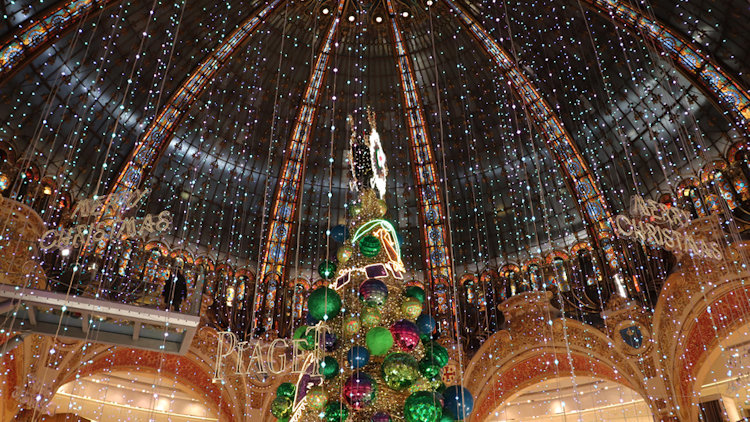 The story began in 1997 when Régis Camus, Rare Champagne Chef de Cave, had an epiphanic moment. He realized there was something special in the sparkling wines of that year and rather than declaring a vintage, he blended a small quantity of this cuvée behind closed doors, secretly ageing it in magnums. Now, 21 years later, the results are extraordinary. Régis’ personal creation has a rare depth and rich complexity, hitting lively citrus highlights while delivering tranquil notes.

This sophisticated finesse, a zenith of Champagne production, launched the collaboration between tastemakers Rare Champagne and Mellerio. “Marie-Antoinette is a natural link between our maisons,” explains Laure-Isabelle. Their shared royal patronage dates from 1780 when the Queen of France acquired a Mellerio bracelet formed of seven Ancient Roman cameos enriched with garnets. The bracelet is now on display in Mellerio’s showroom. She smiles: “Mellerio brought glamour to the Court!” Records show all the Queens of 19th century Europe bought the House’s jewelry. Ever the sybarite, Her Majesty would enjoy her first taste of Rare Champagne a few years later. 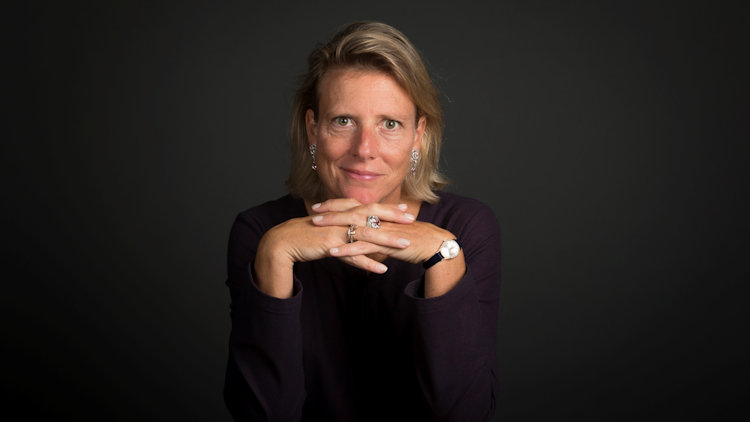 Laure-Isabelle suggests, “The refined world of Rare Champagne instantly guided my hand.” Her design for Rare Le Secret High Jewellery takes inspiration from Marie Antoinette’s extravagantly silhouetted dresses. It features a single precious jewel of at least one carat embedded in a heart of interwoven gold bands set with 510 diamonds. The gold and platinum threads swirling down the bottle, reminiscent of the flow and structure of haute couture, represent the blend of Chardonnay minerality and Pinot Noir intensity. The 24 carat solid gold muselet cap is a first, even for Champagne! The enigmatic matt black presentation box with its silver mirrored interior resembles the cases of jewelry presented to Marie Antoinette. Indeed, it resembles a Versailles salon in miniature.

A second design has also been created. The classic simplicity of a gold cartouche is reflected in the golden mirrored interior of its majestic case. Inside each bottle is the same blend of Rare Champagne. The Rare Le Secret Goldsmith is a limited edition of 1,000 numbered and engraved magnums. It is priced at $2,000. In New York, this edition is available in Baccarat, Sherry Lehmann and Sotheby’s. Harrods London also stocks Rare Le Secret Goldsmith. 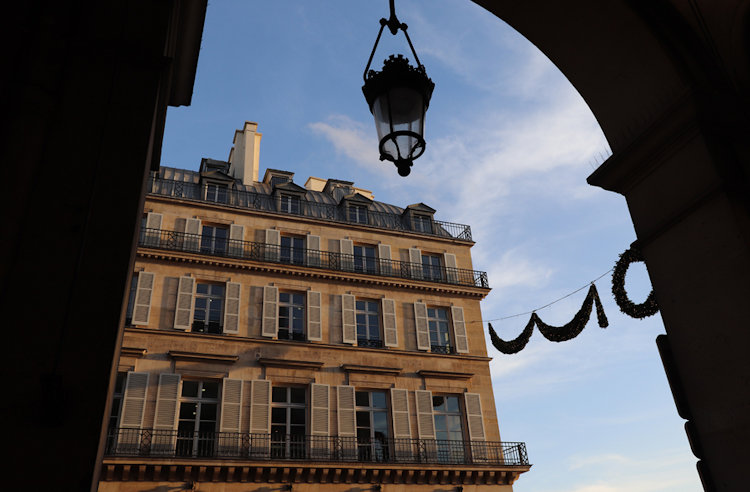 “Rare Le Secret is perfect to enjoy right away,” explains Régis, “and will still be at optimum quality until 2021.” It goes well with scallop carpaccio, hot oysters, and truffle risotto. Nose, palate and view are three ways to describe bubbly. So what’s the verdict from the House of Rare? Nose: subtle salty and mineral notes with aromas of licorice, candied tropical fruit and bergamot are followed by dried fruit and powdery floral notes. Palate: after a lively attack of Menton lemon and citrus fruits, nuances of fresh apricot, vetiver and verbena express a serene minerality. Hints of acacia honey and incense develop an oriental and smoky vinosity and ethereal finish. View: dazzling. Graceful bubbles rise in beautiful ribbons and produce a delicate sparkle.

Régis calls it “the secret within Le Secret”. That is, the transformation of something precious to drink into something precious to wear. A private visit to Maison Mellerio will allow Laure-Isabelle to turn Rare Le Secret High Jewellery’s bottle adornment into a brooch, bracelet or pendent. It’s the ultimate multisensory journey from cellar to atelier. The House of Mellerio is on Rue de la Paix, the most prestigious shopping area in the city’s Second Arrondissement. It’s between the First Arrondissement (Tuileries) and the Ninth (Lafayette). “Mellerio has been at this address for almost two centuries now. We were the first luxury goods company to open on Rue de la Paix. Cartier arrived relatively recently in the 1880s!” relates Mellerio’s Director of Communications Diane-Sophie Lanselle. Five star glitz of The Ritz, Park Hyatt Paris-Vendôme and Le Meurice is mere seconds away along this stretch of the River Seine. Galignani, the first English bookshop to be established on the European Continent, is nearby. To repeat, possibly the best excuse ever to visit Paris, France.

Photos by Stuart Blakley, with the exception of Madame Mellerio