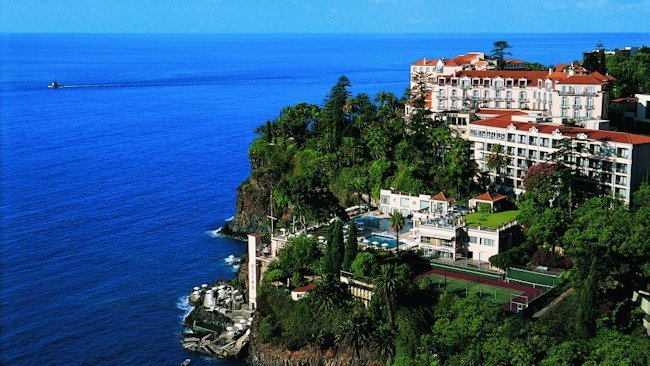 Held at the legendary Reid's Palace hotel, from the 2nd – 6th May, the Madeira Film Festival will be one of Europe's most exclusive and independent film events, showcasing feature, short and documentary films by directors from around the world.

No stranger to the movie industry, over the years Reid's Palace has hosted some of the biggest names from the silver screen (even providing a home to John Huston and Gregory Peck during the filming of all time favourite Moby Dick) and the hotel's verdant cliff top location will provide the perfect setting for a film festival.

The Madeira Film Festival will start on a high with a concert by American Jazz sensation Kyle Eastwood, followed by an opening party at Reid's Palace. During the consecutive days guests will be able to participate in a series of workshops and film events with highlights including screenings in the hotel's lush gardens and a celebration of fashion and cinema, with the hotel terrace providing the catwalk. Indicative of Madeira's continued commitment to preserving the natural flora and fauna of the island, the festival will also present a special environmental category screening worldwide nature orientated films.

The festival will culminate in a concert by Scottish harpist, pianist and singer, Phamie Gow which will hark back to Reid's Palace's Celtic roots. This will be followed by a delicious gala dinner at the property.

Guests that are both movie connoisseurs and casual theatre goes will enjoy the eclectic range of events planned. Tickets can be booked in advance from Reid's Palace or upon arrival at the hotel. The Gala Dinner finale and concert by Phamie Gow costs from 95 (approx £79) Euros per person and includes a welcome cocktail and three course dinner with selected wines.

Nightly rates at Reid's Palace during the Madeira Film Festival start from 290 Euros (approx £239) based on two people sharing a Charming Room with breakfast. To book visit www.reidspalace.com or call the Orient-Express reservations team on 0845 077 2222.