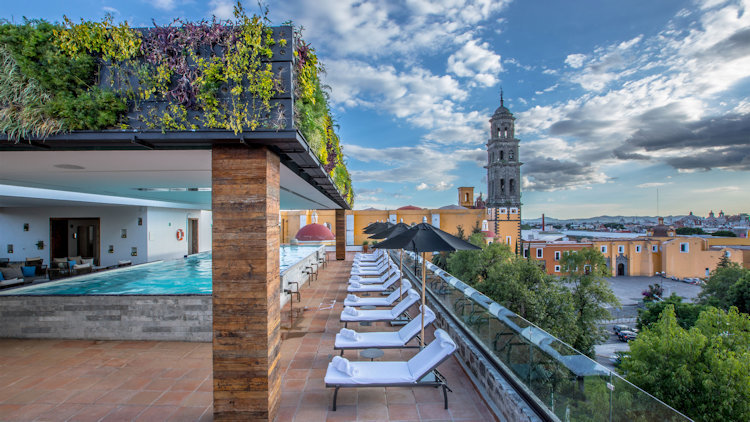 Rosewood Puebla’s newly unveiled Summer Package offers visitors and locals alike the most excellent escape to indulge in this summer season. Available for a two-night minimum stay, the summer package includes free meals for children 11 years and under at any of the charming colonial hotel’s on-property restaurants, including the posh Pasquinel Bistrot and casual Café Azul Talavera. Additionally, guests who book two rooms through the package will receive 50% off the second room rate, providing families traveling together with ample space to enjoy their getaway. A continental breakfast for two at Café Azul Talavera, which features an impressive selection of small plates, salads, and simple entrees, is also included.

Located approximately 75 miles southeast of Mexico City, Puebla is renowned for its colonial architecture, traditional cuisine and colorful ceramics.  It is one of the country’s most culturally rich destinations.  Declared a World Heritage Site by UNESCO in 1987, Puebla is famous for being the place where mole poblano, one of Mexico’s national dishes, was created as well as for its colorful Cinco de Mayo celebrations.  The impressive colonial city features 2,600 historic sites and over 365 churches.  In addition, Puebla lies close to two of Mexico’s most significant archaeological sites at Cantona and Cholula, which is the location of the world’s largest pyramid.

The city and people of Puebla are the primary source of inspiration for the hotel’s design, drawing from the art, history and architecture of the region.  Housed in a collection of historic buildings from different eras surrounding a private courtyard, the hotel’s design and construction was led by Eric Meza Leines, one of Mexico’s youngest architectural talents renowned for his commitment to architectural preservation and conservation.  The hotel showcases furnishings and works from Mexican artists and artisans and integrates traditional materials and methods, including one of the city’s greatest treasures, Talavera pottery, from its classic beginnings to its most contemporary creations.

Traditional fare of the region, including chiles in walnut sauce, chalupas, and the gastronomic flagship of the city, mole poblano, are combined with modern European flavors and techniques at the property, drawing on French, Spanish, and Lebanese influences, for a variety of unique culinary experiences, including: