Rosewood Sao Paulo to Open in 2018 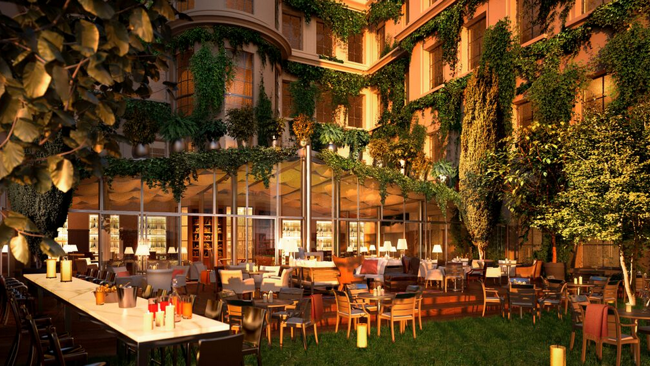 Situated in the center of São Paulo, the hotel will be housed in a historic, landmark building which was formerly a maternity hospital.

Rosewood São Paulo will lie at the heart of Cidade Matarazzo, a complex of elegant buildings dating back to the early 20th century, which will be transformed into a stylish development with private residences, high-end stores and entertainment venues. The site is being developed by entrepreneur Alexandre Allard, who previously helped to bring about the renaissance of the House of Balmain. Allard and Rosewood are collaborating on this project with leading international figures such as the Pritzker Prize-winning architect Jean Nouvel, the designer Philippe Starck, and the renowned Brazilian artists Beatriz Milhazes and Saint-Clare Cemin.

Rosewood São Paulo will feature 151 guestrooms and 114 owners' suites, which will be situated within a vertical park created by Nouvel. Two restaurants, including one located on a veranda overlooking the lush hotel gardens, will be complemented by a bar and a caviar lounge. Recreational facilities will include two swimming pools with one rooftop pool and the other set amongst the landscaped grounds and a large spa with six treatment rooms and a fitness area. Hotel guests will also be able to access an adjoining music studio, screening room and luxury retail stores within the development.

The property will offer event and meeting spaces totaling 100,000 square feet. For special occasions, a listed wedding chapel stands in the grounds of Rosewood São Paulo. The chapel will retain the original architecture with a new stained glass window which has been specially commissioned.

“Rosewood has been waiting for the right opportunity to enter South America and I firmly believe this is it,” says Sonia Cheng, CEO of Rosewood Hotel Group. “As São Paulo is becoming one of the most dynamic cities of the 21st century, so Rosewood will transform this historic property with a contemporary Brazilian energy. We are excited to give this landmark building a new lease of life and that it will continue to be a place of joy and celebration.”

Rosewood's move into South America follows on from the opening of Rosewood Beijing, the company's first hotel in China. It forms part of an ambitious global expansion for the company which has announced 13 new hotels under development including Hôtel de Crillon, A Rosewood Hotel in Paris.

“When I discovered Cidade Matarazzo, it was a sleeping beauty waiting to be woken,” says Alexandre Allard president of Groupe Allard. “With its philosophy of A Sense of Place, Rosewood has proved that they recognize the importance of a hotel reflecting its location's culture and history. I am pleased that Rosewood São Paulo will be the company's first foray into South America and will stand alongside renowned hotels such as The Carlyle.”