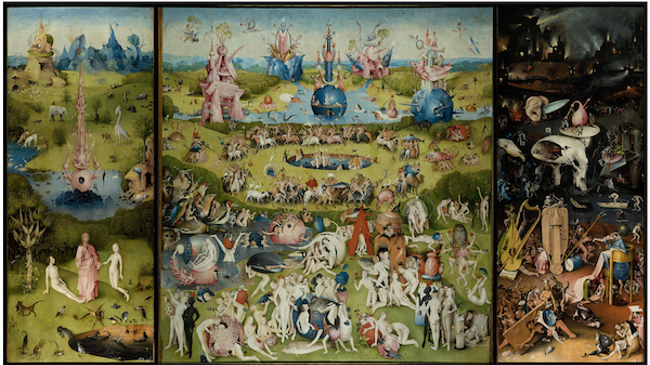 The concept was brought to Santa Fe by Jim Long, one of the few United States citizens to be an International Trustee of the Museo del Prado Foundation in Spain, known as the Fundación Amigos del Museo del Prado, and the former Chair of the Board of the Spanish Colonial Arts Society in Santa Fe.

The exhibit is organized by the Museo Nacional del Prado and American Friends of the Prado Museum and spearheaded in Santa Fe by The Spanish Colonial Arts Society, the New Mexico Multi-Cultural Foundation, The City Of Santa Fe Tourism Department and Heritage Hotels and Resorts, Inc. The exhibition opens early May 2017 and closes in October 2017. The exhibition will be open for public viewing 7 days a week and will be free with no admission charge. The exhibition is part of Santa Fe’s Celebration of Global Art and Culture in 2017.

“The Prado in Santa Fe exhibition will connect celebrated artwork from Spain’s most prominent museum with the United States’ oldest Spanish cities, Santa Fe,” said Jim Long, Chair of the New Mexico Multicultural Foundation and International Trustee of the Prado.

The Prado Museum boasts one of the world’s finest collections of European art featuring artists such as Diego Velázquez, Bosch, Francisco de Zurbarán, Titian, José de Ribera, Rubens, El Greco and Francisco de Goya. The exhibition is free and open to the public in the Cathedral Park next to Santa Fe’s iconic Cathedral Basilica of St. Francis of Assisi in the heart of downtown where nature and architecture merge to create an ideal outdoor gallery in which to appreciate these amazing works.

This outdoor public art display is the first of its kind in the USA and has previously exhibited in major Central American cities including, San Salvador, El Salvador, Guatemala City, Guatemala, Lima, Perú and Santo Domingo, Dominican Republic.

“In a celebration that complements New Mexico’s rich Spanish history, I’m thrilled to see this exhibition come to Santa Fe,” said New Mexico Governor Susana Martinez. “Visitors from around the nation and the world will be able to experience this stellar event and immerse themselves in New Mexico’s unique cultural fabric, which includes art, cuisine, outdoor adventure and so much more.”

“Santa Fe enjoys international prominence as one of the world’s great art cities,” said Mayor Javier Gonzales. “The arrival of the Spanish in the 16th century was a pivotal development in the creation of a unique and celebrated culture that evolves to this day. We’re especially honored to be the first U.S. site for these stunning Museo Nacional del Prado masterpiece reproductions and welcome all visitors this summer to experience them in the beautiful outdoors of our historic downtown. This exhibit will be a highlight to the Santa Fe Celebrate Global Art and Culture 2017 festivities that will happen all year long.”

The Prado in Santa Fe is broadly representative of the Museo Nacional del Prado’s prize collection with outstanding images by many of the greatest Spanish, Flemish, Italian, French and German painters of the 14th – 19th centuries including:
• Titian’s Philip II, 1550-51, perhaps the most iconic portrait of the young King in armor, suggesting the conquests of the “Golden Age” of the Spanish Empire
• Diego Velázquez’s haunting Las Meninas, 1656 (The Ladies in Waiting), considered the artist’s masterpiece by many art historians
• Francisco de Goya’s The 3rd of May 1808 in Madrid, which was immensely influential on Edouard Manet and thence on the French Impressionists
• Fra Angelico’s The Annunciation, 1425-28, hugely admired by many of the later painters of the Renaissance, particularly for the spatial depth of the architecture
• Rogier van de Weyden’s Descent from the Cross, 1435, one of the two most celebrated religious images of the Northern Renaissance.
• Hieronymous Bosch’s masterwork The Garden of Earthly Delights (pictured at top_, 1500-05, a nightmarish moral warning of paradise lost through the perils of debauchery, which many credit with inspiring the Surrealists in the twentieth century.

“Santa Fe has for a long time been a center for appreciation of the influence of Spanish art, with the venerable Spanish Market now in its 68th continuous year,” said David Setford, Executive Director of the Spanish Colonial Arts Society. “The Prado in Santa Fe exhibition allows New Mexico residents and visitors an opportunity to experience great art from Spain (and other European countries) in a new and thrilling way.”

“Santa Fe´s interest in art and in Spain is outstanding. We are so grateful for the enthusiasm of everyone involved in bringing the exhibit to Santa Fe,” said Christina Simmons, of the Board of Directors of the American Friends of the Prado Museum. “The exhibit gives the opportunity to appreciate the artistic taste of the Spanish royal collection, which is the origin of many of the masterpieces in the Prado. The Prado has an overwhelming quality and number of paintings by the crown’s most favored artists like Titian, Bosch, Rubens, Velázquez and Goya,” she added.