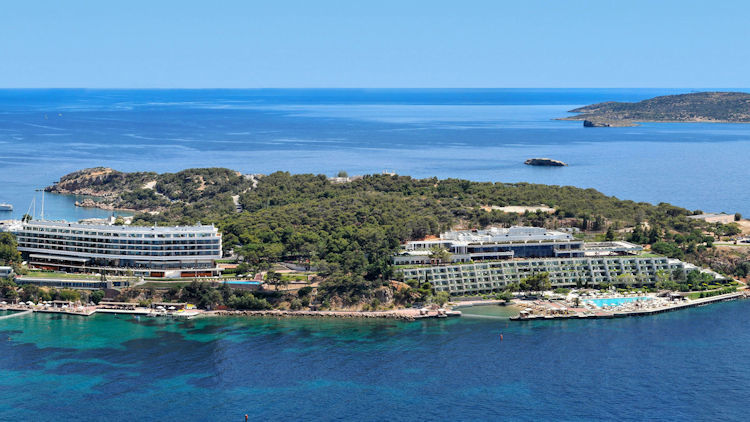 Just minutes from the historic city center of Athens is a pine-clad peninsula jutting into the Aegean Sea, offering myriad recreational opportunities and world-class dining in a fabulously chic setting, and so much more.  The new Four Seasons Astir Palace Hotel Athens is now confirming reservations for arrivals beginning March 29, 2019.

Long a favored playground of Athenians and international celebrities, the Astir Palace Hotel is now being transformed into the first Four Seasons experience in Greece. Following a significant renovation and reinvention, a new generation of travelers is poised to fall in love with this very special seaside enclave.

Accommodations include three options – the mid-century modern Nafsika building with azure sea views from every room as well as lively scene through several of the Hotel’s restaurants, pool, fitness center and boutiques; chic, laidback relaxation in the Bauhaus-esque Arion, which in addition to well-appointed rooms also houses several of the Hotel’s restaurants, as well as the Hippocrates-inspired spa with indoor pool; and the ultimate in beachside luxury in one of 61 renovated Bungalows nestled among the trees at the water’s edge.

Be Among the First to Experience Four Seasons in Greece