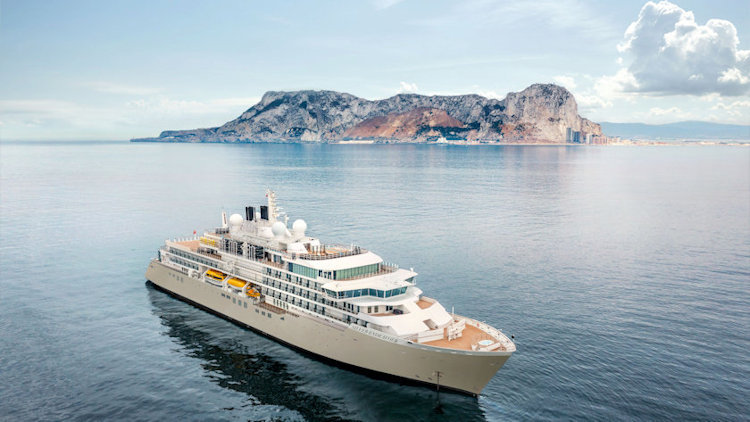 Silversea Cruises®, the leading ultra-luxury and expedition cruise line, has named its line-up of experts for the inaugural voyage of new ship Silver Endeavour℠, the world’s most luxurious expedition ship. Departing round-trip from King George Island on November 21, 2022, Silver Endeavour will host qualified historians, marine biologists, anthropologists, naturalists, filmmakers, and more on her maiden voyage, enriching guests’ experiences with informative lectures, workshops, and excursions as they journey deep into the White Continent. In celebration of the milestone occasion, Conrad Combrink—Silversea’s SVP Expedition, Destination and Itinerary Management—will accompany travelers on the seven-day fly-cruise sailing.

“The world’s most luxurious expedition vessel, Silver Endeavour has broadened Silversea’s polar offering—the most diverse in ultra-luxury expedition cruising—to unlock all-new experiences for guests,” said Conrad Combrink. “Marking my 78th journey to the continent, I am excited to accompany our guests as we fly on an exclusive, Silversea-curated, chartered DAP Antarctic Airways flight directly into Antarctica, embarking Silver Endeavour at King George Island, before spending seven days discovering this frozen world. Our industry-leading expedition team will design an exceptional line-up of experiences to showcase the very best of the continent’s icy landscapes and captivating wildlife during Silver Endeavour’s inaugural season, while Captain Niklas Peterstam and his crew will ensure an exceptional service throughout—having served aboard the ship since September 2021.”

THE WHITE CONTINENT VIA ANTARCTICA BRIDGE

For the inaugural voyage of Silver Endeavour, Silversea’s guests will fly directly to Antarctica in European business-class comfort through Antarctica Bridge, the cruise line’s fly-cruise offering, embarking the ship on King George Island on November 21, 2022. Some of the destinations that guests might experience include the Antarctic Sound, where travelers may be greeted by towering ice formations as they approach the northernmost point of the Antarctic Peninsula. They will have the opportunity to explore the landscape, with hiking excursions, Zodiac tours, and kayaking, hosted by the expedition team. Days will be spent exploring the Antarctic Peninsula, with sightings of vast penguin colonies and other wildlife species, including whales, various other bird species, and seals. Following in the footsteps of famous explorers, Silversea plans to call in the South Shetland Islands, before returning to King George Island where guests will board a flight back to Punta Arenas.

Captain Niklas Peterstam, who has served aboard Silver Endeavour since September 2021, will welcome guests as the ship’s Master for her inaugural season—together with his Senior Officers and an experienced crew. Strengthening Silversea’s destination leadership, the cruise line’s industry-leading expedition team will enrich the voyage with topical workshops, lectures, and guided tours. Led by Expedition Leader Marieke Egan, the team will embark the ship ahead of her maiden sailing and will remain on board for the duration of her inaugural Antarctica season. As well as benefitting from the presence of Silversea executive Conrad Combrink, guests travelling aboard Silver Endeavour’s inaugural sailing will also enjoy lectures on Ernest Shackleton and the HMS Endeavour from Nicholas Crane, the former President of the Royal Geographical Society.

Conrad Combrink, Silversea’s SVP of Expedition, Destination and Itinerary Management
From the moment in which Silversea Cruises became the first ultra-luxury cruise line to offer expedition voyages in 2008, Conrad Combrink has been tasked with creating and coordinating many aspects of the cruise line’s expedition programme, with the aim of unlocking unique experiences for guests across all seven continents. As SVP of Expeditions, Destination, and Itinerary Management, Conrad leads a multinational and diverse, passionate team that is tasked with creating authentic, unique destination experiences. His work encompasses an active role in the strategic planning of all Silversea itineraries, programme development, community engagement, and regulatory processes. In addition, Conrad oversees the shore experience programme in more than 900 destinations, as well as all aspects of turnaround operations. Conrad and his team lead all Silversea’s itinerary development of more than 350 voyages, visiting all seven continents. He has an inspiring passion for expedition and cruise travel, which has taken him to over 150 countries, across all seven continents.

Marieke Egan, Expedition Leader
Marieke grew up in the Netherlands, but spent a lot of time in the foothills of the Swiss Alps, learning to cross glaciers before she could tie her own shoelaces. Developing her adventurous spirit, she took up speed skating, winning medals in the Dutch National Championships. After completing a degree and career in Psychiatry, she decided to explore the world, feeding her soul with new adventures. She trekked extensively through the Nepal Himalaya and High Andes in South America. Marieke migrated to Tasmania, where she found her calling as a Naturalist, developing and sharing her knowledge and love for pure wilderness. This continued with forays into the Kimberley region of Tropical Australia, leading 4WD tours. Today, she enjoys sharing nature’s best, from the bottom to the top of the world, thriving as an Expedition Leader in the expedition cruise industry – from Antarctica to tropical Seychelles, Indonesian and Pacific Islands to the High Arctic’s Greenland, Svalbard & Russian Far East.

Captain Niklas Peterstam, Master of Silver Endeavour
Captain Niklas Peterstam started his maritime career in 1979, moving into expedition cruising in 1991, navigating areas such as Antarctica, the Arctic, and the Russian Far East, among others. After gaining experience at the helm of larger ships in Asia, Captain Peterstam returned to Europe to deliver three mega cruise ships from a shipyard in Germany. Various stints with reputable cruise lines, both ashore and at sea, ensued until 2018, when Captain Peterstam returned to the position of Captain full time. Captain Peterstam has been aboard Silver Endeavour since September 2021, and has already undertaken voyages to Antarctica aboard the ship.