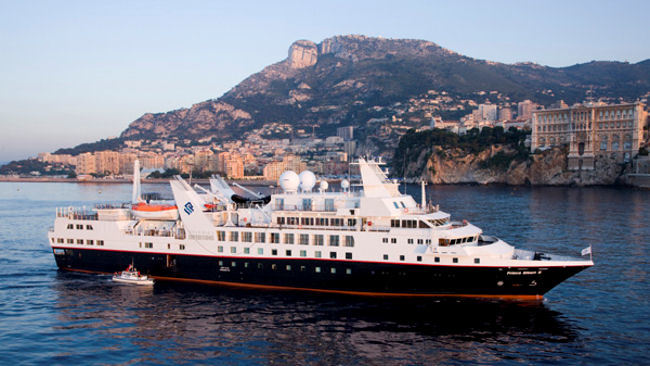 In total, the award-winning company's eight elite ships will offer a worldwide schedule of 276 voyages, visiting more than 700 destinations (including 71 that are brand new) on seven continents.

Expedition Cruises (featuring 50 new destinations)
As Silver Discoverer explores Micronesia, Melanesia, Polynesia, the Russian Far East, Southeast Asia, New Zealand and Australia, including its magnificent Kimberley Coast, her guests will be introduced to dozens of exciting new destinations, such as the remote Phoenix Islands Protected Area in Kiribati, which includes Nikumaroro, the island some believe to be the final resting place of famed aviator Amelia Earhart.

After a year's absence, the exotic west coast of Africa is back on the schedule for Silver Explorer, joining the expedition ship's ever-popular cruises to Antarctica, South and Central America, the British Isles, Northern Canada, Greenland, and Arctic Norway. Among several adventurous new destinations for Silver Explorer is Congo's exotic Pointe Noire, renowned for its beautiful beaches and the spectacular red rock cliffs at Diosso Gorge.

"Our expansive 2015 voyage schedule, featuring 71 new destinations, offers unparalleled opportunities for unique and life-enriching journeys to all corners of the globe," said Ellen Bettridge, Silversea's president of the Americas. "It's been designed to offer a broad range of travel choices, including multiple-day calls and overnight stays showcasing traditional must-see destinations, as well as voyages to some of the world's most remote regions."

World Cruise 2015: On January 5, Silver Whisper is set to embark on a 115-day epic voyage, encircling the world and embracing the cultures of five continents, 30 countries, and 50 unique destinations. Focusing first on the idyllic isles of the South Pacific, the sprawling itinerary will include visits to Australia, Vietnam, Thailand, Singapore, Malaysia, Sri Lanka, the Seychelles, Africa, and the Caribbean, before concluding in Fort Lauderdale.

Asia, Africa & India: Complementing World Cruise 2015 are 21sailings featuring some of the most exotic destinations in Asia, Africa and India, including four voyages with extended stopovers in Myanmar (offered aboard Silver Wind and Silver Shadow collectively). And Silver Shadow's November 10 sailing (#3531), from Singapore to Hong Kong, is highlighted with inaugural calls in Bintulu, Malaysia and the Philippines' Bohol Island, Boracay Island, Busuanga Island, and Thousand Islands.

• Silver Spirit's Voyage 5512, sailing from Barcelona to Rome, will overnight in Cannes on May 20, during the city's famous film festival, and also overnight in Monte Carlo on May 23, during the Grand Prix.

• Silver Wind's Voyage 2519 will be in Venice July 18 and 19, when the city holds its annual Festa del Redentore celebrations, which include a spectacular fireworks display that illuminates St. Mark's Bay.

• Silver Cloud's 17-day Voyage 1518 will visit Norway's remote North Cape and the Russian cities of Murmansk and Archangel in the White Sea.

Alaska: Silver Shadow returns to explore the awesome natural wonders of Alaska on 18 mostly 7-day voyages between Seward and Vancouver.

South America: Silver Shadow departs January 7 on a 62-day "Circle South America" roundtrip Grand Voyage from Fort Lauderdale. Highlights include a crossing of the Panama Canal, two days cruising Chile's majestic fjords, a two-night stopover in Rio de Janeiro during Carnival, plus overnight stays in Callao and Punta Arenas. And the Amazon will be the centerpiece of two South America cruises when both Silver Cloud (Voyage 1503) and Silver Whisper (Voyage 4530) journey up the iconic river for a two-night stopover in Manaus.

Canada & Colonial Coast: On April 3, Silver Shadow will embark on a brand new itinerary (#3507), sailing roundtrip from Fort Lauderdale, with calls in Savannah, Charleston, Morehead City, and Norfolk on America's Atlantic coast, plus Bermuda and Nassau. And just in time for the region's fall foliage spectacle, Silver Whisper will offer a collection of voyages exploring eastern Canada and coastal New England.

Transoceanic: For those who enjoy plenty of relaxing days at sea, a number of transoceanic voyages are available, such as Silver Wind's Voyage 2533, a 17-day transatlantic crossing from Rome to Fort Lauderdale, and Silver Shadow's Voyage 3527, a 14-day sailing across the Pacific from Seward to Tokyo.