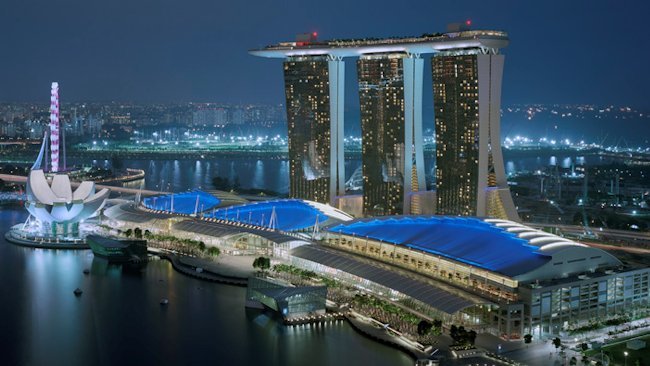 The accolade comes after a stellar year for Singapore tourism as the country welcomed a record high 14.4 million visitors, an increase of nine per cent from 2011 while tourism receipts stood at S$23.0 billion, an increase of three per cent from 2011. For 2013, Singapore forecasts tourism receipts to grow to between S$23.5 – S$24.5 billion, and visitor arrivals to between 14.8 – 15.5 million.

There was also robust performance in the Meetings, Incentives, Conventions and Exhibitions (MICE) industry, which saw BTMICE visitor arrivals rise to 2.5 million from January to September 2012, representing a six per cent year-on-year growth. Expenditure by these business visitors rose seven per cent year-on-year to an estimated S$4.29 billion.

This comes after a successful year of hosting 18 world congresses in 2012, including a number of first-in-Asia or Singapore events such as the Congress of the International Council for Commercial Arbitration, International Association of Gaming Regulators Conference, Young Presidents' Organisation Global Leadership Summit, World Conference on Tobacco or Health, World Nut and Dried Fruit Congress as well as Global MBA Leadership Conference & Expo.

Ms Neeta Lachmandas, Assistant Chief Executive of the Singapore Tourism Board (STB), commented, “The competition in the global meetings arena has never been keener, and Singapore is up against many worthy cities going for the MICE business. We believe that we are moving in the right direction by providing original content, incisive insight into leading-edge discussions and platforms for networking and exchange opportunities. We will also certainly continue to work with partners to strengthen our events calendar and deliver quality meetings to our delegates.”

To keep up with the evolving needs of increasingly discerning travellers, Singapore constantly innovates as seen in recent developments such as the Gardens By the Bay, new properties at Sentosa which include W Singapore Sentosa Cove, Equarius Hotel and Beach Villas, as well as the River Safari and Marine Life Park, the world's largest oceanarium, all of which has added to the variety of novel experiences available in Singapore.

Upcoming developments such as Singapore Sports Hub, River Safari, and National Art Gallery will further expand Singapore's inventory of interesting and unconventional MICE venues. For instance, the new Sports Hub will include a 55,000-capacity National Stadium with a retractable roof and comfort cooling for spectators; a 3,000-capacity indoor Aquatic Centre complete with leisure facilities, expandable to 6,000-capacity for specific events that meets world tournament standards; and a 3,000-capacity Multi-purpose Indoor Arena which will be scalable, modular and flexible in layout.

With these new developments, Singapore expects to attract a good cross representation of delegates from across Asia and the rest of the world, as it grows as a hub for companies accessing the growing opportunities in the region.

Ms Lachmandas concludes, “Delegates are becoming more sophisticated and the Singapore MICE industry will need to progress to a higher level to deliver more value to our international partners. Decisions are no longer made based just on superior meeting infrastructure and service but an entire value proposition surrounding intellectual property and in-depth content. Together with the industry, we will continue to collaborate and strengthen Singapore's position as a knowledge exchange hub and create differentiated experiences that will meet the ever-evolving needs of global business professionals.”