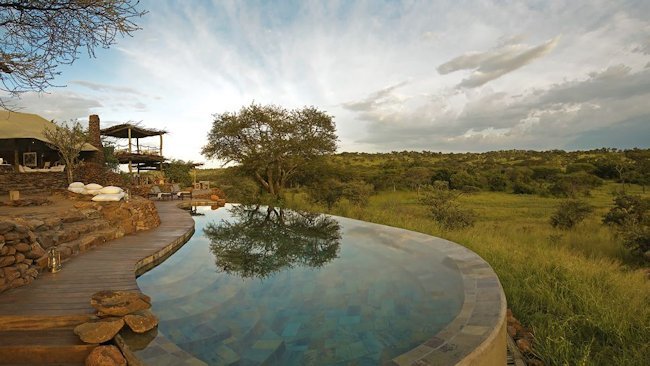 Not only did Singita Grumeti Reserves scoop the coveted first place position as the Top Hotel in the world for the second consecutive year, but South African sister lodges, Singita Kruger National Park secured the seventh spot, followed by Singita Sabi Sand in the 10th position in the prestigious Travel + Leisure 2012 World's Best Awards list of Top 100 Hotels overall. The 2012 World's Best Awards survey results were based on ratings by the readers of Travel + Leisure in the following categories: rooms/facilities, location, service, restaurants/food, and value.

Singita owner and chief executive Luke Bailes paid tribute to the Singita team for their unwavering dedication and service excellence. "I often ask foreign visitors why they consider the service to be such an outstanding feature during their stay and most say it's because the staff is so warm and embracing. That's the African way. But for Singita it is also about authenticity and rarity. We are always striving for top-notch world standards, but have one main objective and that is to preserve and protect significant tracks of land, pristine wilderness for future generations."

A shining example, Singita Grumeti offers an unparalleled safari teeming with magnificent wildlife encounters on the western corridor of the Serengeti. This vast private concession comprises an exclusive trio of luxury lodges (Singita Sasakwa Lodge, Singita Sabora Tented Camp and Singita Faru Faru Lodge), as well as the Singita Explore mobile camp, all positioned ideally on the epic migratory route traversed annually by more than one million wildebeest. Later this year, Singita Serengeti House will be added to the Serengeti portfolio as an exclusive-use homestead on the slopes of Sasakwa Hill to accommodate up to eight guests. Additionally, a 16-bed, eco-sensitive and solar powered tented camp will be added, which will be known as the Singita Mara River Tented Camp, located in the pristine Lamai area.

In South Africa, Singita Kruger National Park's glamorous Singita Lebombo Lodge and Singita Sweni Lodge are situated where two rivers meet, in an exclusive, game-rich 33,000-acre concession in the world-renowned Kruger National Park. Boasting the highest concentration of wildlife in the entire park, including the “Big 5,” the area is also known for its majestic Mountain Pride of lions and unique Euphorbia Trees.

Singita Sabi Sand offers rare solitude and the ultimate in safari luxury on prime game viewing land recognized globally for its diversity and formidable concentration of big game and frequent leopard sightings. Guests can choose between two unfenced lodges, Singita Ebony and Singita Boulders, both quite different, yet equally infused with elegance.

Earlier today, highlights from the Travel + Leisure 2012 World's Best Awards readers' survey were announced in the USA on NBC's Today Show and on www.TravelandLeisure.com. Winners will be honored during an awards ceremony in New York City on July 19, 2012. The results will be published in the August issue of Travel + Leisure magazine (due for release on July 20, 2012).