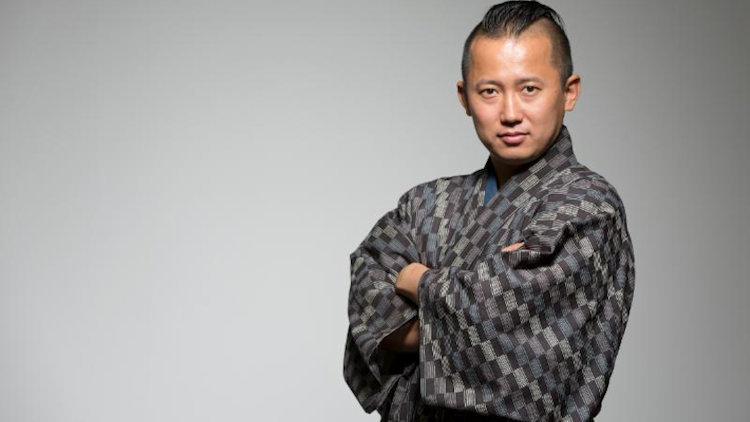 Soneva, the world-leading luxury resort operator, marks the opening of Soneva Fushi's new intimate sushi counter, So Hands On, by welcoming guest Chef Kenji Gyoten for a special two-week residency from August 18 - 29, 2018. During these two weeks, guests at Soneva will get the chance to skip the chef's usual six-month-long waitlist for a table at his restaurant, Sushi Gyoten, in Fukuoka, Japan.

The latest dining destination at Soneva's flagship resort in the Maldives, So Hands On seats just five diners for lunch and dinner on select days of the week. The restaurant is located within the resort's newly-opened destination Out of the Blue, a two-story overwater structure encompassing five new dining experiences.

Soneva Fushi's Out of the Blue dining destination

Chef Kenji is the youngest three Michelin-starred chef in Japan, and one of only four three-starred sushi chefs in the world. Chef Kenji opened his restaurant at the age of 26, and has received three Michelin stars in three consecutive years since 2014. The chef is known for using the hontegaeshi (hand flip) technique of Endomae nigiri to prepare his bite-sized sushi, a technique that is rarely seen today.

Lunch with the Michelin-starred chef is priced at $350 per person for lunch and $500 for dinner. During the remainder of the year, Chef Akira Koba, a highly trained sushi chef, will be running the table at So Hands On.

Chef Kenji's residency is part of Soneva's year-long Festival of Color campaign, which launched in February to celebrate the diverse array of guest activities and experiences on offer this year. Soneva has confirmed an incredible line-up of visiting experts, including chefs, authors, wine producers, world-champion free-divers, astronomers, artists, wellness practitioners, tennis coaches and more at all resorts.