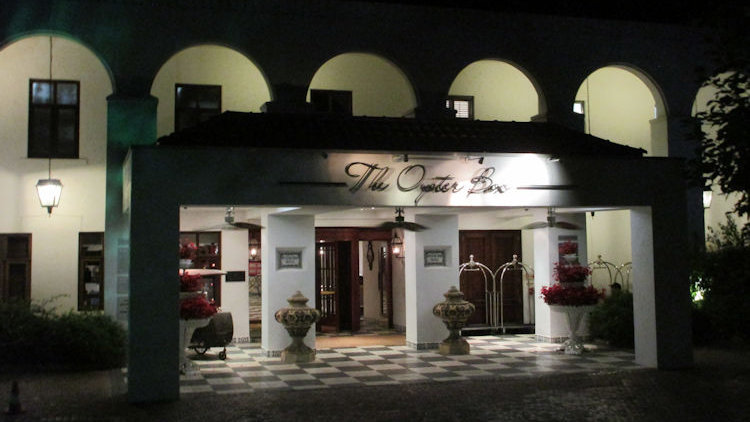 The Oyster Box is one of the world’s great hotels, but it is possible to get lost there. It may take a couple of tries to master the route to your room, but the labyrinthian floor plan is a reflection of the hotel’s long, circuitous history dating back to 1863 as a lighthouse. The hotel was built in stages over a century and a half, and the Oyster Box today still houses the souls of each of those past periods.

But if the hallways can seem like a maze from an M.C. Escher print, you can be sure that even if you do get lost, you will always find yourself in splendorous surroundings anywhere in the hotel. The aesthetic richness that beams back at you from everywhere you look in the Oyster Box makes getting lost a pleasure, and a journey of discovery.

Throughout the hallways, virtually wherever there is wall space, are pieces of original African art from the hotel’s private collection of 741 pieces. The Oyster Box could have credibility as a museum of African art, even if it were not a hotel.

A hotel and a restaurant. The Oyster Box’s restaurant, the Grill Room, is about as famous for its definitive curry buffet as the hotel is famous as a hotel. 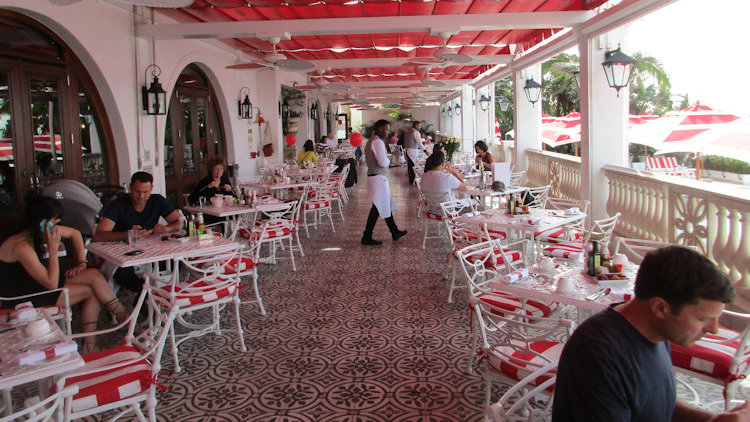 Location, and Other Things

The Oyster Box is on the shore of the Indian Ocean in Umhlanga in KwaZulu-Natal province just up the shore from Durban. It’s only about a 15-minute drive from Durban’s Golden Mile along the beach and its International Conference Center where Africa’s Travel Indaba is held annually in May.

The Oyster Box is part of the Red Carnation group, which will explain a lot to anyone familiar with the company. Now comprised of 17 properties in England, Ireland, South Africa and the U.S., Red Carnation has established itself as one of the most distinguished hotel groups in the world, with such gems as Ashford Castle in Ireland, The Twelve Apostles near Cape Town in South Africa, the Chesterfield Palm Beach, and a diverse collection of hotels in London, beginning with the company’s grand dame, the Chesterfield Mayfair.

Red Carnation is owned by the Tollman family, which also owns the Travel Corporation, the parent company of tour operators including Trafalgar, Insight Vacations and Contiki Holidays. But the hotel company is maintained as a separate entity.

Acquiring The Oyster Box in 2006 was a special prize for Red Carnation and the Tollman family, because it is the place where Stanley Tollman, founder of the Travel Corporation, proposed to Beatrice, who is today the mastermind behind Red Carnation.

Beatrice Tollman directed the interior design of each of the group’s 17 properties and keeps daily tabs on each of the hotels, enforces as high of standards of service as she has of design. 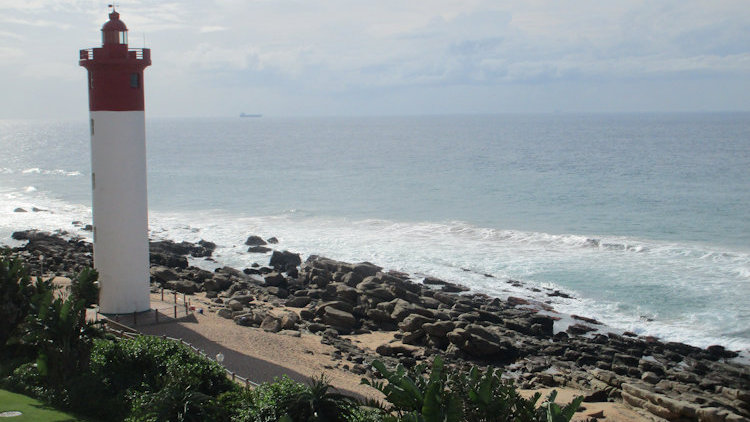 The original property, then known as Oyster Lodge, dates back to 1863, when it was primarily a navigational beacon, and the old lighthouse still stands between the hotel and the beach.

In 1952 the cottage and grounds were purchased by Ken O’Connor and his sister Kay O’Connor Hill. They built it up, added a tea garden and a restaurant, and reopened in March 1954 as the Oyster Box Hotel.

Over the following decades the property went through some changes of ownership and became run down. In 2006 then-owner Wayne Reed wanted to sell the property but did not want it to become part of a chain. The Tollmans came along with their special stake in the historical property and their track record for impeccable restoration of historical properties and it was a match. They came to terms with Reed, purchased the property, put it through a two-year multimillion dollar renovation and reopened in 2009.

The rationale behind the renovation was to restore the hotel to new condition and bring it into the 21st Century while retaining the authenticity of its historical style. Red Carnation made some major structural changes to the hotel, but fastidiously limited the changes to make them work within the original design. They maintained as many of the hotel’s original features as they could, including the vintage revolving door at the entrance, the reception area with its bold black and white terrazzo tile and wrought iron balustrade.

The entire hotel is a feast for the senses. There could be no better headquarters for a visit to Durban, and a stay there will be a unique and unforgettable experience.