A Phoenix Risen From the Ashes: The St. Pancras Renaissance Hotel, London 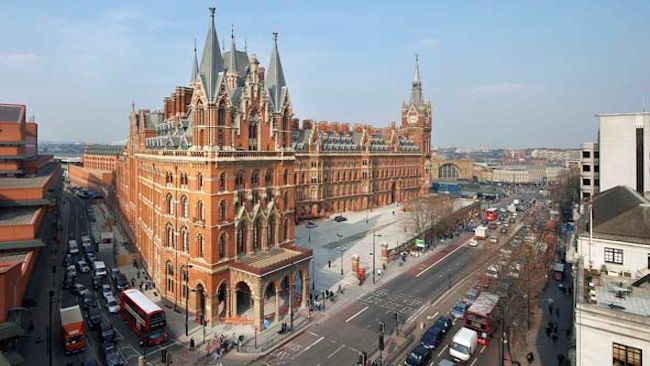 A monumental statement of Victorian superiority and might, the St. Pancras Marriott Renaissance Hotel is in a league of its own when it comes to 19th century Gothic grandeur.

A temple of luxury and sublime hospitality, its journey has been an arduous one. After twists and turns through decades of desolation and uncertainty, not to mention missing oblivion by a hairs' breadth, it's a crown jewel once again on London's hotel skyline.

For much of the 20th century, the area of the adjoining King's Cross and St. Pancras stations, where the Renaissance sits, was run down and under-loved. But, following a massive construction and regeneration effort, it's been restored to its former glory – a renaissance indeed. 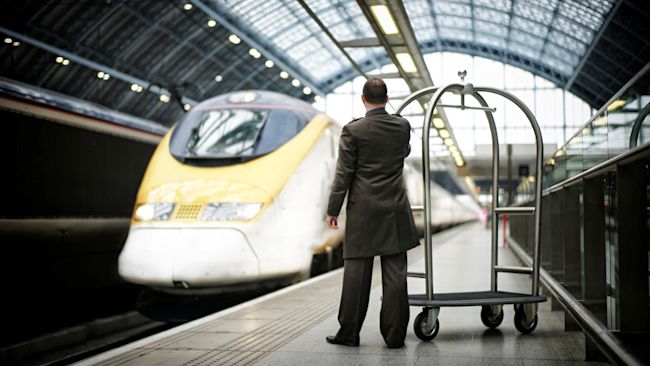 Built around the twin railway termini, the stations welcome passengers from continental Europe, arriving hourly on the Eurostar from Paris, and beyond. Poised at the heart of it all is the St. Pancras Renaissance – one of the capital's greatest and most historic hotels.

Its story began almost a century and a half ago at the height of the British railroad empire. It was a time when the trains and the tracks on which they ran were treasure, and the men who controlled them, kings. It was the heyday of the railways, of smoke-belching steam engines, of impeccably-dressed porters and, of gentlemen, and of ladies in bustle dresses and voluminous ostrich-feather hats.

Designed by George Gilbert Scott in the 1860s, in a similar style as was used for London's Houses of Parliament, the original building was palatial, and was known as the “Midland Hotel”. No expense was spared in its creation. The best stonemasons and tradesmen were employed for years, in conjuring a building straight out of far-fetched fantasy. (It's no surprise then that several Happy Potter movies were filmed there).

Among the fine details, there were flamboyant hand-printed wallpapers, gargoyles and neo-classical murals, wall-to-wall Axeminster carpets, hardwood floors, and miles and miles of wrought iron and brass.

Most extraordinary of all were the cutting-edge feats of engineering. 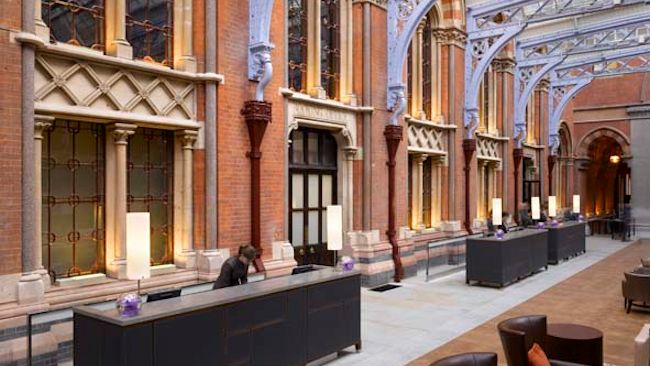 The building was fireproof, the floors separated by slabs of concrete two-feet thick. There were water-driven elevators (called “hydraulic ascending chambers”), steam-powered heaters, electric servant bells, and flush toilets – although only five of them for all the guests. The final bill to construct the hotel came to £438,000 – more than $700 million in today's currency.

The result was the ultimate citadel of decadence, the likes of which London's traveling public had not dreamt, let alone, ever seen. A stream of high-flying celebrities rolled in, among them the industrialist Cornelius Vanderbilt. So impressed was he by St. Pancras Station and the adjoining hotel, that he was inspired to create New York's Grand Central.

But, alas, as with so many innovations, and being so far ahead of its time, The Midland Hotel quickly lost its sparkle. Victorian style and indulgence fell out of fashion, and the deficiency in en suite bathrooms was a considerable impediment. The irony was that the thick concrete floors that had so efficiently prevented the spread of fire, also prevented updated plumbing from being fitted.

And so, after enormous losses, the Midland closed its doors in 1935.

Known to generations of Londoners as a vast lifeless landmark, the building remained silent for seventy years. From time to time it was used for railway offices, or as a wartime air-raid shelter (and it was bombed in both World Wars), as a movie set. In the 1960s, there were plans to have it demolished, although the poet laureate, Sir John Betjeman campaigned to have it listed as a national treasure and saved.

And then, in 2002, after decades of slumber, the Manhattan Loft Company took on the project of conjuring a phoenix from the ashes. The plan was to recreate the hotel as the most lavish of its kind, as well as providing a range of high-end apartments.

As they say, the rest is history. 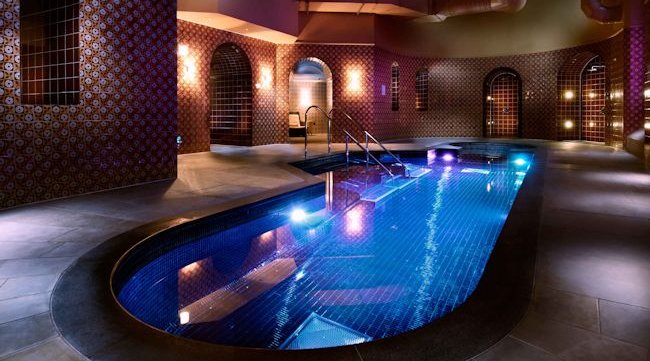 Years of painstaking refurbishment followed, in which the original splendor of the Victorian masterpiece was completely restored. Teams of conservators studied the original plans and press reports from the 1800s that described how things had once been. From the start, the emphasis was very much on bringing the hotel back to its former glory, rather than creating something new and bling-bling.

Stroll through the hotel and you quickly get a sense of understated luxury. The colors are muted – beige, teal, ochre and, king and queen among them, the hotel's own shades of “Barlow Blue” and “Midland Red”. There's a sturdiness, a feeling that you're in a palace of true luxury that's been built to last a thousand years, rather than just another five-star hotel.

Roam in through the main mahogany doors, and you find yourself in the reception area. Awash with great floral displays, it's bustling. Some guests are taking afternoon tea and nibbling at crust-less sandwiches. Others are reading newspapers, swapping stories, or gazing up at the sublime architectural details.

Few of them realize that where they are sitting was once an outside street, through which horse-drawn hansom carriages conveyed passengers to the railway terminal behind. Part of the genius of the hotel's renaissance was to convert the thoroughfare into a light, bright entrance area. 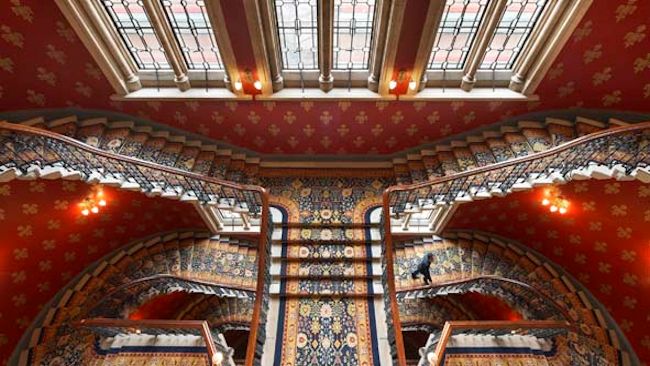 A stone's throw away, through a door on the left, is the grand staircase. Snaking up through three stories, it's an example of Victorian high Gothic flamboyance at its best, the wrought-iron balustrading still replete with original gas lamps.

The great stairway leads up to the thirty-eight Chambers, the VIP guest rooms and suites. Once away from the bustle of the public areas, you can't help but notice the absolute silence – a consequence of enormously thick walls. The hallways are extremely wide as well. The reason is supposedly so that two ladies wearing Victorian bustle dresses could pass each other without any difficulty at all. 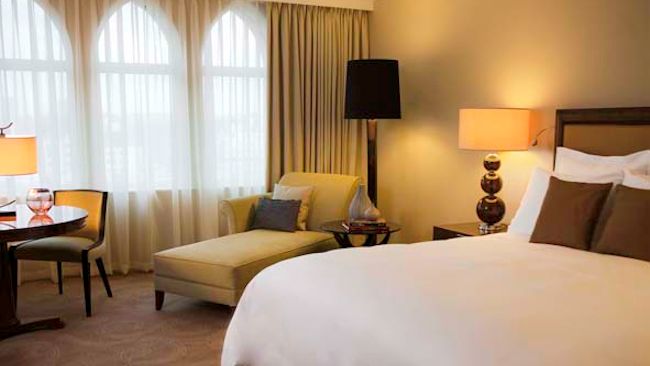 The understated luxury carries on into the Chambers themselves, which are served by round-the-clock butlers, and are decorated with appropriate grandeur. The ceilings are exceedingly high, and there are fireplaces, Gothic arches, white orchids, and a view down over the Eurostar platforms of St. Pancras Station. As with the décor, the luxury is discreet and astonishingly competent – the bed linen so soft that you can't imagine ever sleeping anywhere else again.

Guests staying in the Chambers rooms and suites are welcomed into the Chambers Club – a glorious sanctuary of soft furnishing, refreshments, and peace. 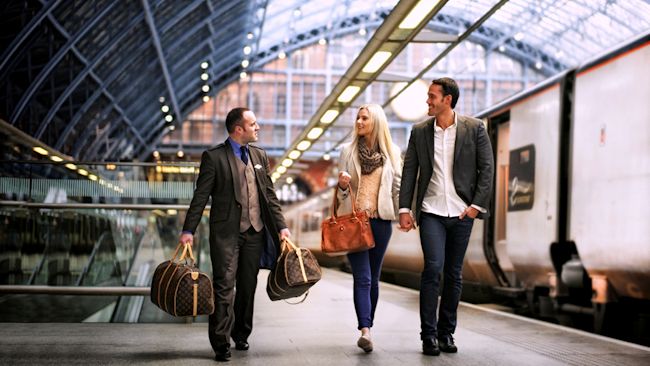 And, possibly the greatest luxury of all, is extended to guests staying in the Chambers as well. It's to be met directly by a hotel porter on the Eurostar platform when arriving from continental Europe. And then, as the other passengers are subjected to the rigors of the public system, it's to be ushered through a special security door, and up into the Renaissance through a special elevator. Until recently, the route had been reserved for visiting royalty and VIPs. The service is complimentary and is available to guests arriving or leaving on Eurostar.

A red-brick triumph of Victorian foresight, the St. Pancras Renaissance Hotel has surpassed all expectations in its phoenix-like rise. The perfect place to stay, especially for those arriving from – or departing to – the continent, you can only wonder what the Victorians would make of it all. 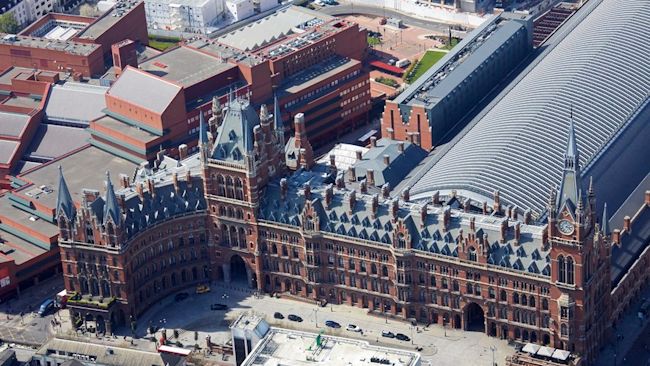 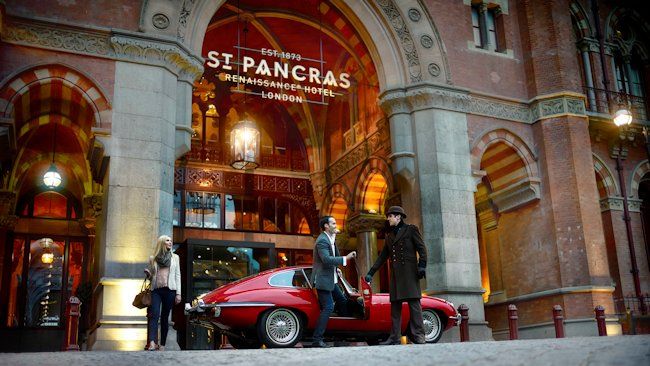 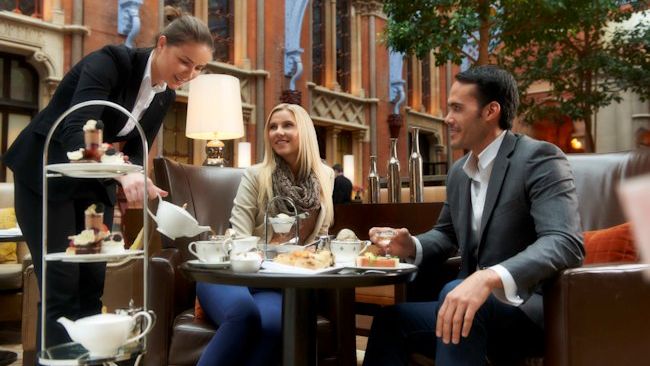