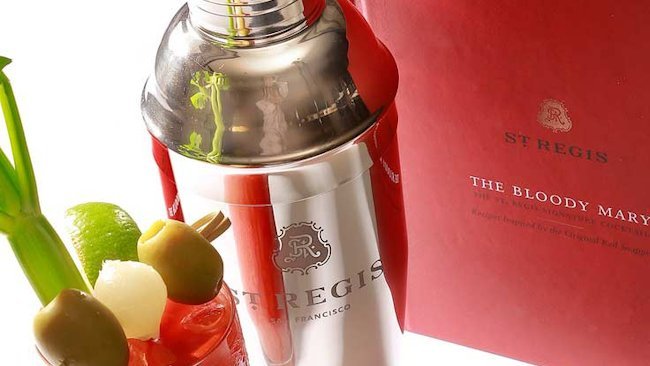 To celebrate this milestone birthday, St. Regis will host signature Bloody Mary brunches around the world kicking off at the brand's flagship St. Regis New York on Sunday, October 5th. Guests will be treated to a specially crafted menu by Chef John DeLucie accompanied by 80 variations of the beloved Bloody Mary cocktail from restaurants around the country.

The “Red Snapper” cocktail, more commonly known today as the Bloody Mary, was born when St. Regis bartender Fernand Petiot spiced up a tomato juice and vodka libation with celery salt, pepper, cayenne, lemon and Worcestershire sauce - reinventing a simple cocktail enjoyed at Harry's Bar in Paris. In the 1930s, the “Bloody Mary” was deemed too vulgar for the hotel's elegant bar so it was given the name “Red Snapper.” Irreverent no more, the original recipe is still served at The St. Regis New York, where it remains the most popular cocktail; so much so that, as St. Regis grows its portfolio around the world, the brand introduces a local iteration of the famed cocktail in destinations as far-flung as Lhasa, Mauritius and Bora Bora.

“After a long night out, the second best thing to wake up next to is a well-made Bloody Mary and the St. Regis Red Snapper is the ne plus ultra of the species,” says Bronson van Wyck.

The Arrowhead Farms label pays homage to the Bloody Mary's role in the world's rich cocktail culture, reading: “Richer than a Gilded Age heiress, this carefree cocktail was perfected by the King Cole Bar's very own Fernand Petiot in 1934. Glamorous, authentic, and absolutely mischievous, the St. Regis "Red Snapper" Bloody Mary cocktail has been a mainstay morning after cure for eight decades of St. Regis revelers around the world, from Bal Harbour to Beijing and from Aspen to Abu Dhabi.” The limited edition bottle features an illustration of the bar itself by renowned fashion illustrator, Bil Donovan.

The signature St. Regis Bloody Mary mix is available at www.stregis.com/boutique. The 25 oz. bottle of cocktail mix is $28.