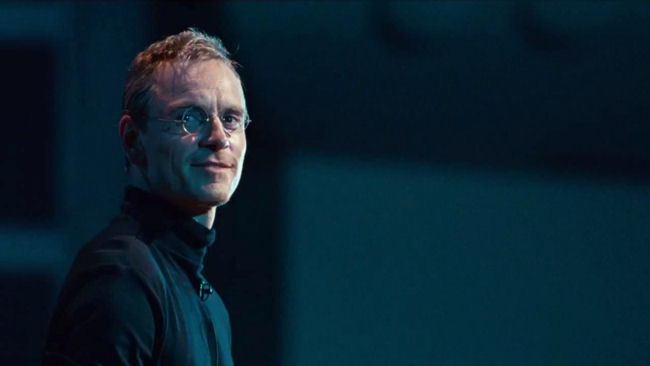 Starring Michael Fassbender (Inglourious Basterds, Shame, Macbeth, 12 Years a Slave), in one of his best performances, tells the story of Steve Jobs' life, the master of technology and innovation, from an unconventional angle and within a time frame that stretches from the launching of the Macintosh computer in 1984, to the presentation of the iMac in 1998. This is an intimate portrait of the tenacious, brilliant man, Apple's mastermind who revolutionized the digital era.

The celebrated scriptwriter, Aaron Sorkin (The Social Network, Moneyball, A Few Good Men), well known for his masterly adaptations of the driving forces behind some of the powerful figures who have excelled in North America and influenced the whole world, was in charge of the screenplay, based on the book by Walter Isaacson.

Steve Jobs, with the performance of Kate Winslet (Insurgent, Divergent, Revolutionary Road, Eternal Sunshine of the Spotless Mind, Titanic, Labor Day) and Seth Rogen (The Interview, Pineapple Express, Superbad), had its world premier at the Telluride International Film Festival, with excellent reviews from the critics.

The fourth edition of Los Cabos Film Festival, which will run from November 11th-15th, will continue to gather the best of world cinema, while reaffirming itself as a platform for the Mexican film-industry to collaborate with its North American partners.