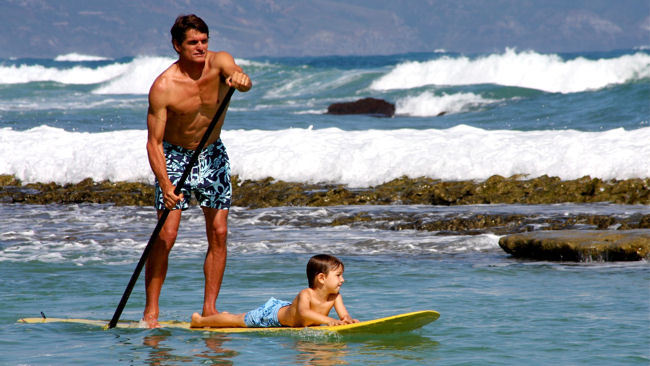 Taking place from September 28 - October 1, this three-night package allows guests to explore the California coast with the legendary father-son duo, embark on an exclusive SUP excursion, and end the trip as a VIP watching the pros compete at the 2016 Pacific Paddle Board Games.

A pioneer of the SUP movement, Buzzy Kerbox's passion for the ocean has allowed him to achieve success across multiple watersport verticals - from being a world-ranked pro surfer in the 1970s, to reinventing the way people rode waves as a co-developer of tow-in surfing. Buzzy shares his love for the water with his son, Kody, and now Kody has become known as a fierce competitor in the SUP world, leading the charge in competitions around the world including the Standup World Tour and World Series.

Pricing for this package begins at $3,925 based on double occupancy. For more information and to reserve your experience, please call Montage Laguna Beach Reservations: (949) 715-8950 or visit https://www.montagehotels.com/lagunabeach/montage-expeditions/.