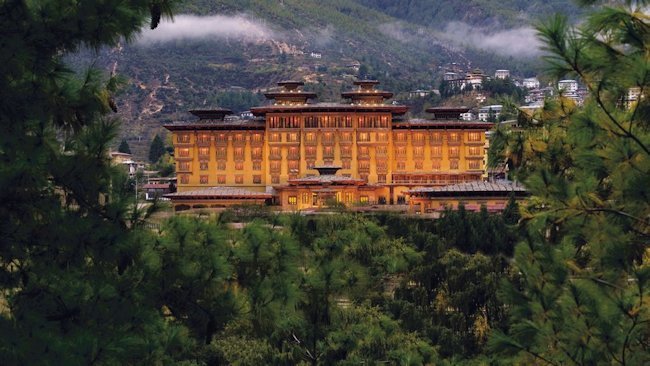 For the first time in the event's 24-year history, Virtuoso® preferred travel providers presented news and updates to the media in attendance. Virtuoso identified "sustainable tourism" as a key trend, with top destinations and travel providers expressing a strong commitment to products and practices that support the movement.

Closed to outsiders for centuries, the Kingdom of Bhutan not only recently emerged as a "must" on savvy travelers' bucket lists, it has also aligned itself with Virtuoso as a preferred destination in the network. Known for its pristine Himalayan landscapes and enduring cultural traditions, Bhutan focuses on a low-impact/high-yield sustainable tourism model. Tourism revenue directly supports the people of Bhutan, with a $65 per day royalty going towards alleviating poverty and fully subsidizing education and healthcare for the country's residents. The first country in the world to measure its success by the 'Gross National Happiness' of its citizens, Bhutan attracts travelers with a social conscience and those seeking a spiritual journey like none other.

Aqua Expeditions announced this week at Virtuoso Travel Week that it is launching its third luxury vessel in 2014, the MV Aqua Mekong, which will sail on the Mekong River in Cambodia and Vietnam. Following the success of river cruises in the Peruvian Amazon, Aqua Expeditions chose Cambodia and Vietnam as the destinations for their third vessel due to the similarities in exotic locations, abundant nature and rich cultures. Itineraries will run from Siem Riep down river into Vietnam, modeling the water safari experience that the Peruvian Aqua boats have perfected, with daily river and shore excursions off the boat in skiffs.

Mexico has further grown in popularity with upscale travelers, who have long enjoyed visiting the country for its diverse beauty, proud heritage, stunning cuisine and rich experiences. Mexico currently boasts 142 AAA Four- and Five-Diamond properties, along with 115 hotels and establishments certified by Earthcheck and Rainforest, with more luxury products scheduled to come online in the future. Virtuoso's production significantly increased from 2008 through 2011, noting passenger counts up a whopping 133 percent. With its commitment to warmly welcome visitors, Mexico promises to be a continued favorite destination for families, couples and singles alike.

Ecuador: Introduces "Conscious Tourism" and is Set to Become the Next "It" Destination in South America

Located on the equator on the northwestern tip of South America, Ecuador is gearing up to be the next "go to" destination in South America. Offering something for everyone, Ecuador boasts a beach culture along the Pacific Ocean, the mountainous Andes, exotic Amazon and, of course, the gateway to the Galapagos Islands (a short 1 hour, 35 minute-flight). Announcing its new tourism concept called "Conscious Tourism," Ecuador is the first nation in the world to include the Rights of Nature in its Constitution, and the country will forgo some 846 million barrels of heavy crude reserves to protect the biological diversity and indigenous people of the Yasuni National Park, in turn becoming the first developing country to propose an effective, quantifiable and verifiable carbon abatement model. Now it will be easier to visit Ecuador, as the country is the first in South America to use the U.S. Dollar as its national currency, it shares a time zone with the U.S. minimizing jetlag, and soon will open a state-of-the-art international airport to welcome visitors from around the world.

Rated one of the biggest travel trends for the last two years on Virtuoso's annual Luxe Report, river cruising's popularity continues due to the ease it creates for travelers: unpacking only once; inclusive pricing in U.S. dollars; and, an intimate glimpse at some of the world's oldest waterways and the communities around them. If anything can truly register as recession-resistant, its appears to be river cruising, which continues to experience 10 percent annual growth as an industry, moving approximately 400,000 passengers per year. AmaWaterways is a shining example of how this product resonates with consumers, with steady growth and new ships coming online every year. Offering itineraries in Europe, Russia, Vietnam/Cambodia and Africa, AmaWaterways attributes its popularity to its ability to immerse passengers in the local cultures, pointing to its new "Culinary Delights" tours and onboard fleet of bicycles.

Fifty years after pioneering the modern luxury adventure, Abercrombie & Kent (A&K) introduced a new approach to group travel at Virtuoso Travel Week, called "Connections." Tailored for those who value authenticity over elegance, Connections journeys offer a chance to discover the world in the company of unmatched local experts, at an unbeatable price. Created with this value in mind, the itineraries will give travelers a deeper understanding of a destination's culture, history and natural beauty, without the extra amenities that make up a traditional luxury journey. Serving smaller groups of 24-28 guests at an average 30 percent savings, A&K will offer 17 new itineraries across six continents.

Virtuoso says an outcome of the financial crisis is the changing consumer mindset, where uncertainty has created a greater desire for stronger personal connections and enriching experiences, both of which can be achieved through travel. Virtuoso points to its network's 51 percent increase in production since 2009 at the height of the U.S., and subsequent global, economic recession as proof that the industry is thriving. Moreover, with the national unemployment rate remaining at 8.3 percent, the travel industry continues to stay ahead of the game. Since early 2010, the travel community has contributed to 7.2 percent of overall job growth, outpacing the growth of the rest of the economy in employment recovery.

Virtuoso unveiled plans to create the ultimate travel community by drawing upon its network's 65-year history, extensive relationships and the ability to create a safe environment by marrying social media with travel planning. Rolling out its new Travel Folio product, Virtuoso allows consumers to compare travel products and solicit input from friends and family via social media, all under the auspices of a professional travel advisor. If content is king, imagine the royal suite of professionally curated content from a trusted source, combined with feedback from your own network. Travel planning becomes fun again, thanks to the "community."
Like Us
Facebook
Follow Us
Twitter
Follow us
Instagram