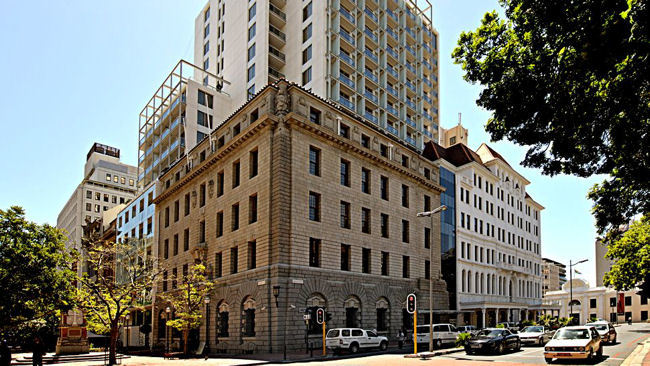 A decade is a long time anywhere, but in South Africa's golden city, it's a lifetime. For, as I discovered, so much has changed. Whereas in the early 2000's the in-crowd hung tight to the fashionable Waterfront, these days the trendsetters are more likely to be found in the streets that form the colonial heart of old Cape Town.

The reason for the change is investment on a massive scale. And the cash injection has been accompanied by a policy of zero tolerance. The tired old façades and the lack of cutting edge culture have been replaced by a joie de vivre that matches any revived city center the world over. 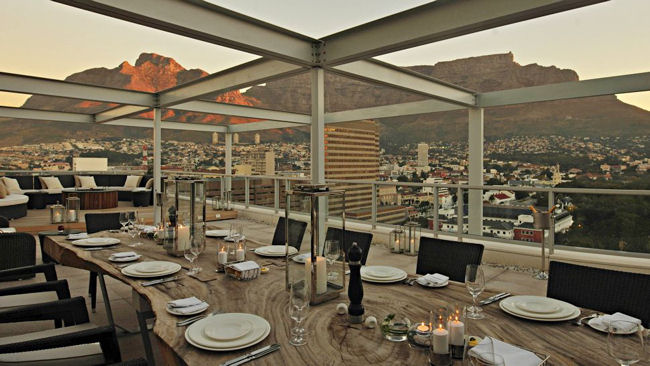 And, what an absolute delight.

Standing at the heart of the old downtown, on the corner of Wale Street and the pedestrianized St. George's Mall, is the Reserve Bank of South Africa. An iconic rock solid fortress in its own right, crafted from hulk-like blocks of gray granite, the building oozes a sense of strength and ageless superiority.

Built eight decades ago, the bank was a beacon, a symbol for astonishing wealth and colonial might of what was then the Cape Colony. It was constructed at a time when South Africa's bank vaults were stocked floor to ceiling with gold and diamonds on an unprecedented scale.

Fast forward decades and, last summer, the Reserve Bank rose from the flames of disrepair, in the new and Phoenix-like guise of Cape Town's Taj Hotel. Both old and new, it is a landmark once again, with one foot firmly in the past, and the other in the future of South Africa’s most dynamic city. 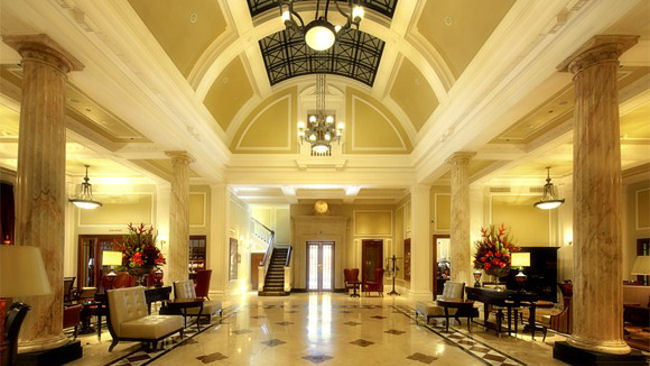 Slip inside through what were once the main reinforced bank doors on St. George's Mall, and you find yourself transported into another time. There's an elegance matched only by an astonishing attention to detail. Now the hotel's main foyer, the central banking hall is a glorious barrel-vaulted chamber replete with fluted pink marble columns. Set in the wall over the main doorway is the symbol of a pacing lion cast in bronze – the emblem of the Reserve Bank. And, high up either end of the banking hall are a pair of slim symmetrical balconies on which minstrels would once have sung to the amusement of the bank’s clientele.

The renovation of the Reserve Bank is only part of the story.

In addition, the Taj Group has acquired the Temple Chambers next door. Located on the corner of Adderley and Wale Streets, the building is another landmark in its own right, and dates back to 1896.

Temple Chambers houses a fabulously decadent oyster and Champagne bar called Twankey’s, named after the curious Britannia-like statue set in a niche above the main door. 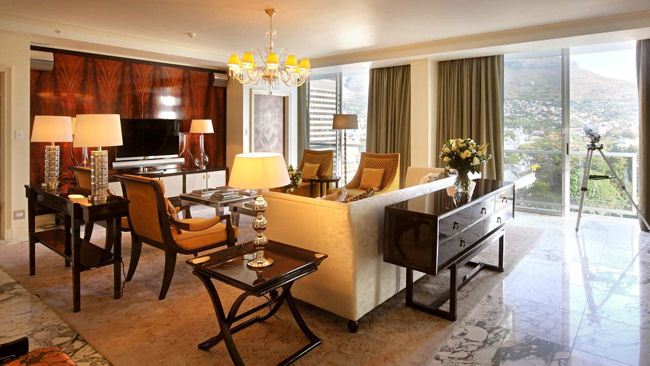 The hotel's compliment of rooms and suites are arranged through the Reserve Bank, the Temple Chambers, and in a new glass tower craftily constructed as to blend in seamlessly with the old. There’s a selection of ‘Heritage’ rooms, set out across the original floors, and many more rooms and suites – with floor to ceiling glass windows – in the new tower.

The joys of the Cape Town Taj are numerous and multi-faceted.

One is the understated old world luxury, and another is the excellent service. A third is the way the hotel hints at its new roots in India – for example, the scent of lemon grass wafting through the foyer, and the hotel’s Bombay Brasserie, which offers a jaw-dropping experience in fine Indian cuisine. 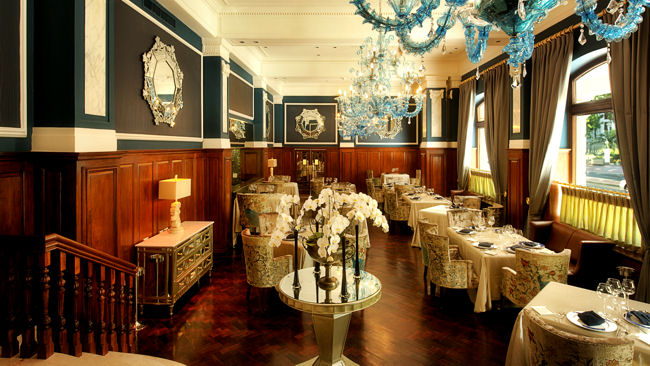 But the real accomplishment has been to breathe life back into what is one of the city's most iconic buildings. And, through a knock-on effect, to play a significant part in revitalizing the old downtown.

Seconds away from the hotel are a miscellany of restaurants, cafés, bars, and shops, all of them part of the new spirit of old Cape Town. And, a stone's throw away, are the other icons from the past – all of them recently renovated as well.

Among them is the Dutch East India Company's Gardens, originally planted to sustain immigrants and visiting ships with vegetables and fruits. In the shadow of the Taj there's the Slave Lodge, a key piece of the puzzle that is South Africa's past. It's believed that about 9000 slaves passed through it from 1679 until 1811. And, perhaps the most celebrated address of all stands right opposite the old Reserve Bank – St. George's Cathedral. It was there that Nobelist Desmond Tutu was Archbishop, and from where he would lead marches in the name of freedom, of what he termed the 'Rainbow People'.

In a world where cityscapes tend to change for the worse, there’s nothing quite so refreshing as to find a success story as triumphant as the renewed face of old Cape Town. The spirit that dwells there is touched by centuries of both struggle and achievement, but most of all by the rarest blend of humanity on Earth. 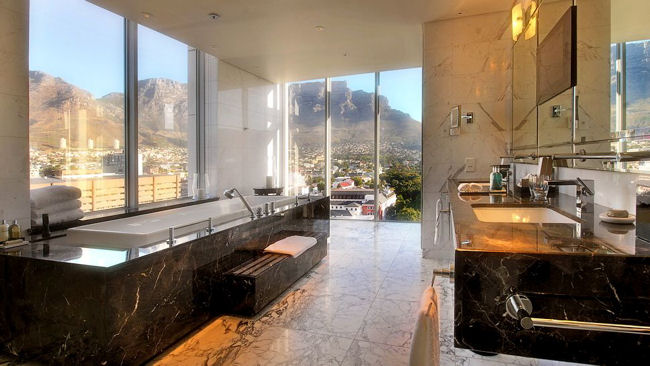