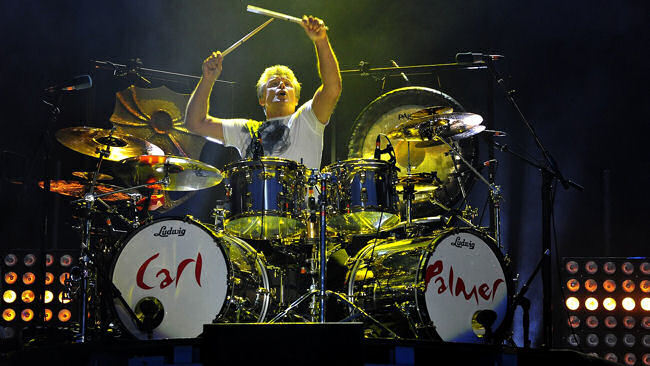 Renowned drummer and ELP founding member Carl Palmer will perform a collection of the band's memorable hits on Dec. 5. Tickets are still available. Purchase your passes today and prepare to jam out to the group's progressive rock hits like “Hoedown,” “Karn Evil 9 Welcome Back My Friends,” “Knife Edge” and “Trilogy.”

Named one of the ‘10 Greatest Drummers of All Time' by Rolling Stone, Carl Palmer is an exceptional showman, dynamic technician and the ultimate ‘drummer's drummer.' He has played an instrumental role in the success of various timeless bands including Asia and Emerson, Atomic Rooster, The Crazy World of Arthur Brown and Lake & Palmer. Drummer enthusiasts and lovers of all things music won't want to miss the opportunity to see the legend perform live in Talking Stick Resort's Showroom!

To learn more about Carl Palmer's ELP Legacy: Celebrating The Music of Emerson Lake & Palmer or purchase tickets, call (480) 850-7734 or visit http://www.talkingstickresort.com/carl-palmer.aspx or www.carlpalmer.com. Must be 21 or older to attend.