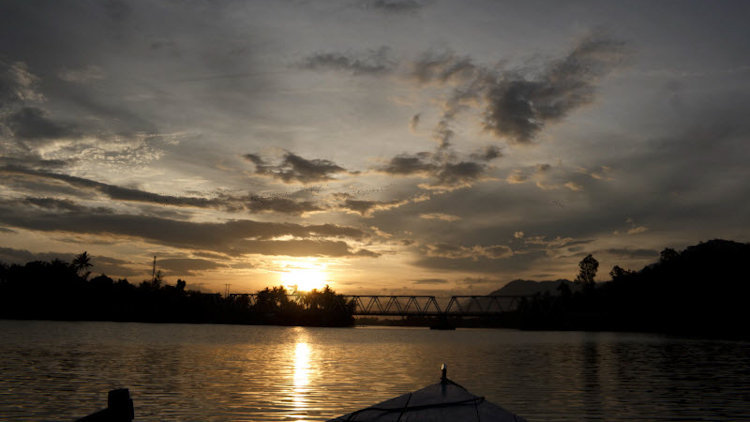 The Anam is opening up one of Vietnam’s most compelling waterways in a whole new way, launching a cruise replete with dinner and Dom Perignon bubbles down Nha Trang’s Cai River.

Puttering past pagodas, jungle-clad mountains and rice paddies, the cruise aboard a traditional wooden Vietnamese fishing boat follows visits atop a modern white Vespa to attractions on the river’s northern bank including the famed Po Nagar Cham Towers.

After a taste of Vietnamese coffee at Cong Café, adorned in paraphernalia such as old books, typewriters and kerosene lamps from the country’s Subsidy Period, guests rummage through the Po Nagar Cham Towers standing upon a granite knoll near the river’s mouth.

Built to honor the goddess Po Nagar between the 7th and 12th centuries under the vanquished Champa Kingdom’s reign, four redbrick towers with carved epitaphs to Cham kings and turreted and pyramidal roofs remain today, including the 23-metre high Po Nagar Kalan, one of the tallest Cham structures in the world.

The Vespas then zip down small alleyways to reach Sunshine Bar, an intimate venue overlooking the river where bespoke cocktails are served before the quaint five-metre-long boat collects the guests.

As the sun makes its descent the cruise, which caters to a maximum of eight guests, progresses upstream to the famed timber Phu Kieng bridge before moving back downstream by night and returning to the bar, covering a distance of more than four kilometres in just over 1.5 hours.

Cai River stretches 84 kilometres. It begins at a height of 1812 metres at Gia Le mountain in Vietnam’s Central Highlands and flows through Dak Lak and Khanh Hoa provinces before reaching Nha Trang, which lies at its mouth.

The river has played an integral role in the development of Nha Trang as a port city. It’s believed the name Nha Trang derives from a Vietnamese spelling of the Cham people’s name for the river, Ya Trang, which translates to reed river.