The Average Price of 5-Star Hotels Around the World 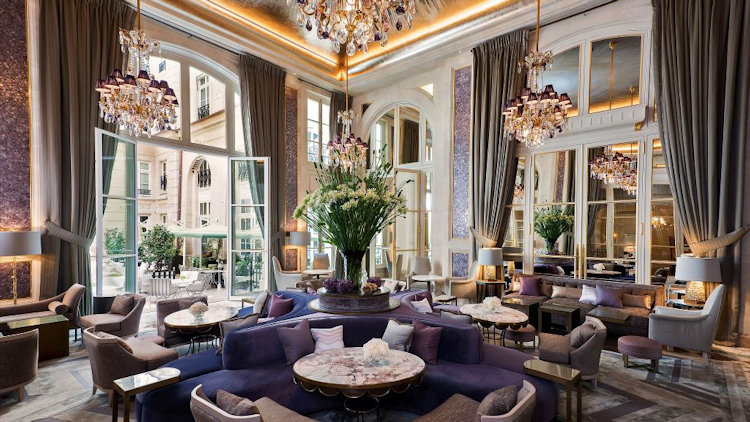 Private pools, sprawling suites, décor that’s straight out of a magazine – hotel amenities like these sound like they’re out of reach for the average person. But a new research study on the cost of five-star hotels around the world revealed that they can be far more affordable than you probably thought.

To find out where indulging is most feasible, researchers, Asher & Lyric, investigated how much luxury hotels actually cost in different destinations around the world. To figure it out, the team dove into TripAdvisor, researched 234 places, and found the average price of the top five “traveler-rated” hotels in each one. What they found made it clear that many Americans can afford luxury in many destinations.

The biggest takeaways? Asia and Eastern Europe are easily the most affordable regions, and cities typically have lower prices than beaches or ski areas. To get the most luxury at the lowest prices, head to cities like Hanoi or Sofia – and steer clear of spots like Aspen and Fiji. Read on for more details about what the duo found in each region of the world.

Compared to other regions, North America has the most expensive luxury hotels, with an average cost of $884 per night. As in other areas, cities in the U.S. tend to be cheaper than ski resorts. In fact, with a price tag of $2,021, Aspen has among the most expensive hotels of any place in the world. For the cheapest luxury in the States, head to Las Vegas, Houston, or Atlanta, where a night will set you back less than $400.

Overall, the destinations the team researched in Canada are slightly cheaper than the U.S., while those in the Caribbean are – unsurprisingly – much more costly. Prices at Caribbean beach destinations are commonly over $1,000, though you’ll get the most bang for your buck in Cancun, where the average is $699.

One surprise in this region? Hotels in Costa Rica average $811 – which is nearly five times as much as those right next door in Panama.

If you were dreaming of a European vacation, now you have another excuse to go: five-star hotel costs there, which average $716, are less than in North America. However, prices vary considerably across the continent.

If you draw a diagonal line from Paris to Santorini, you’ll notice that most of Europe’s priciest destinations fall right along the line. In fact, that’s where you’ll find the #1 most expensive place out of the 234 destinations researched: the ski town of Gstaad, Switzerland, where the average price is a whopping $2,396 per night. Several other destinations in Switzerland, Austria, and Italy also come in around $1,000 per night or more. If you were hoping for an affordable option in Italy, though, hotels in Naples are a relative bargain at $252 per night.

Moving farther away from that Paris-Santorini line, hotel prices fall significantly, with Lisbon, Prague, Copenhagen, and most German destinations all averaging under $400 per night. The cheapest places in Western Europe, though? Brussels and Luxembourg, where a night will only set you back $175 and $183 per night, respectively.

Eastern Europe is typically much cheaper than Western Europe, and luxury tends to cost less the further east you go. Tirana is Europe’s cheapest destination for five-star hotels, and the only one with a price tag of under $100 per night. But cities like Sofia, Zagreb, Bratislava, Belgrade, and Bucharest are all well under $200 per night.

If you’re really looking for luxury on a budget, Asia is the obvious choice. Though it’s a massive and diverse continent, and prices do vary considerably, most Asian countries make remarkably cheap travel destinations. And the trend holds among luxury hotels, as the average cost in Asia is $416 per night.

There are a few exceptions, however – and they’re inflating the region’s average cost as well. The Maldives, known as the ultimate luxury honeymoon destination, is no budget spot, with hotel prices of $936 per night. Japan is another major exception, as two of the three cities studied cost over $1,000 per night. Though they have remarkably low hotel costs overall, a few destinations in both India (Udaipur and Jaipur) and Thailand (Koh Samui, Phuket, and Krabi) are also among the most expensive in Asia.

If you’re looking for the absolute biggest bang for your buck, the two cheapest places to be found are both in Asia, and they come in at under $90: Yantai, China, and Vientiane, Laos. Most Middle Eastern destinations are also remarkably affordable, including Dubai, Doha, and Amman, all under $200.

Bali might be the biggest surprise, though. The opulent honeymoon villas and eco-resorts we associate with the island cost far less than most people probably imagine: an average of $180. Another surprisingly cheap spot with a lot of appeal is Siem Reap, Cambodia, which is the gateway to Angkor Wat; staying at a five-star hotel before you head out to the temples will only set you back $166.

Luxury Hotel Costs in Other Destinations

Asher & Lyric also investigated a few destinations in South America, Africa, and Oceania. Most of the places in Africa are major cities, and if you want to see the Great Pyramids, track mountain gorillas, or take a safari in the Serengeti, you’ll almost certainly end up spending time in one of them. With very few exceptions, you can make it a luxurious stay for under $300 per night.

The researchers also looked primarily at cities in South America, which are remarkably affordable. The most expensive place found there is Buenos Aires, where the average cost is $451 per night, but most other South American destinations are under $300 per night. Adding a little luxury onto the end of your trip to Machu Picchu or Patagonia just got more feasible.

Lastly, while Pacific islands like Fiji and Bora Bora are just as expensive as you probably imagined (over $1,000 a night), both Australia and New Zealand are surprisingly cheap for the most part. Average prices in Melbourne, Sydney, Brisbane, and Auckland are under $300 per night. And the cheapest place in the region is New Zealand’s offbeat wine destination of Nelson, where hotel costs are just $157 per night.

Now that you have the numbers on how much five-star hotels cost all around the world, you can think about the best destinations for you. For example, cities tend to have cheaper luxury hotels than beach and ski destinations; but if a beach vacation or ski trip is at the top of your bucket list, an urban hotel probably won’t do. And while Asia and Eastern Europe are generally cheaper than other regions, they might be more difficult destinations if you have health issues or dietary restrictions.

Many of the destinations researched also have a major price difference between low and high season, especially those at the top end. But low season prices can come with horrible weather – and it probably isn’t worth $400 in savings if you’re still spending $1,000 a night to sit at a beach in the rain. So be sure to consider the weather before you jump on an off-season discount.

Lastly, remember to factor in the other costs associated with your trip. In particular, coming from North America, plane tickets to Asia can easily cost $1,000. Maybe the overall trip would be cheaper if you visit a closer destination, even if the hotels are more expensive.

The biggest takeaways? Asia and Eastern Europe are easily the most affordable regions, and cities typically have lower prices than beaches or ski areas. To get the most luxury at the lowest prices, head to cities like Hanoi or Sofia – and steer clear of spots like Aspen and Fiji. Plus you can compare all sorts of accommodations from BNBs to hotels and guest houses over at - Cozycozy

But no matter where you’re going or what you’re looking for, hopefully this study has shed some light on the affordability of luxury and inspired you to start planning your next vacation.