The Best New Culinary Experience in Greece This Summer 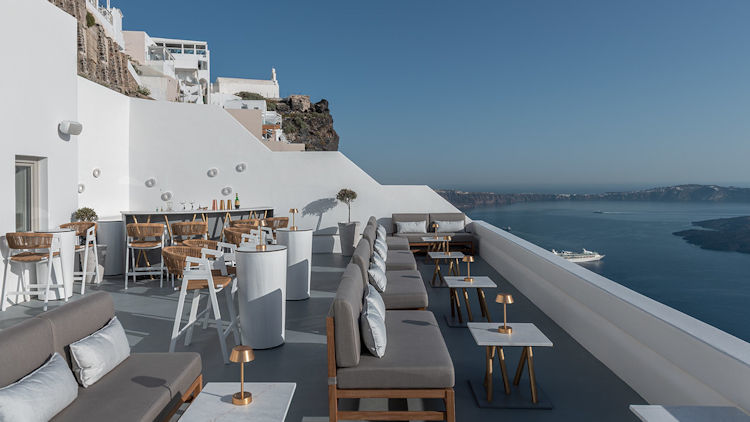 Grace Hotel, Auberge Resorts Collection in Imerovigli, Santorini has unveiled a transformation to its Villa and refreshed experiences program as well as opened a brand new restaurant and bar that bring Athens’ most celebrated culinarians permanently to the Greek Islands.

Greek cuisine’s first Michelin starred chef, Lefteris Lazarou (who has held a star at his Athens restaurant every year since he was first awarded in 2002), has opened his second restaurant at the hotel + Athens’ most lauded cocktail bar has now taken over the mixology program at 363 Bar. For the first time, Grace Hotel’s culinary experiences are now open to non-guests.

Whitewashed abodes, cobalt-domed churches, and black- and red-sand beaches mark the isle of Santorini, an alluring Mediterranean oasis mired in mythology. Believed to be the remaining link to the Lost City of Atlantis, rest in splendor during a luxurious stay in our clifftop retreat in Imerovigli, a village home to Santorini’s most emblematic views. Legend has it Euphemus, son of Poseidon created the island following a dream where he made love to a nymph - and after you enjoy your first sumptuous sunset from the infinity pool overlooking the Caldera, you will experience for yourself how easy it is to become entangled in the spell of Santorini.