The Fairmont Miramar: A Lush and Luxurious L.A. Haven 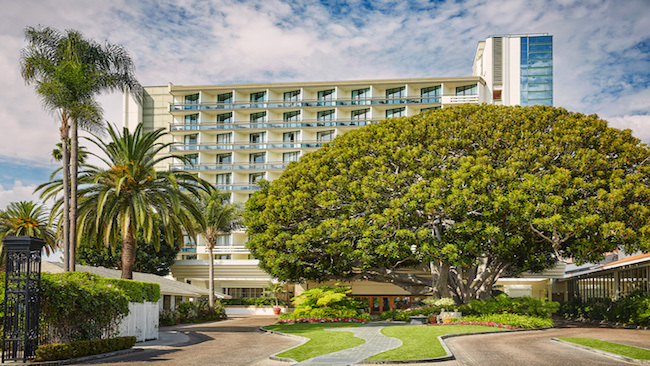 The Fairmont Miramar in sunny Santa Monica, California is as known for its magnificent Moreton Bay fig tree as it is for its luxurious accommodations.

The lofty 80-foot high tree (the second largest of its kind in California) stands just inside the resort's front gate where its 120-feet of networking branches welcome guests to a piece of California history. A registered historic landmark, the tree has become synonymous with the resort and finds itself on many Santa Monica “must see” lists. The hotel's signature restaurant “Fig” also pays homage in name and décor. 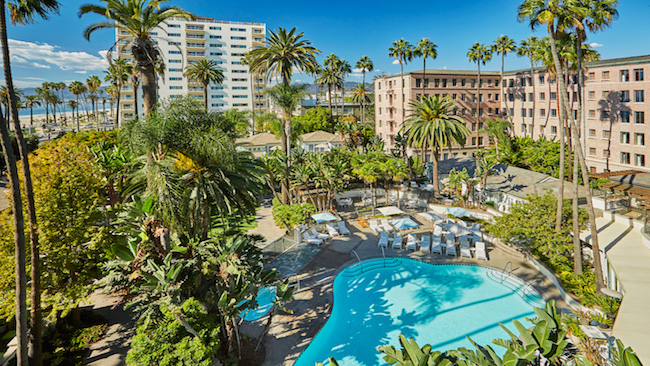 Each of the resorts several buildings – the ten-story Ocean Tower with newly updated rooms featuring sleek decor, the six-story historical Palisades wing, and the 32 recently refurbished bungalows – have all been built around the famed tree that occupies some of the most valuable real estate in Southern California. That real estate is situated atop the scenic bluffs of Santa Monica beach and the Pacific, over which Ocean Tower rooms look-out on either the famed Santa Monica Pier to the South, or the Malibu coastline to the North. 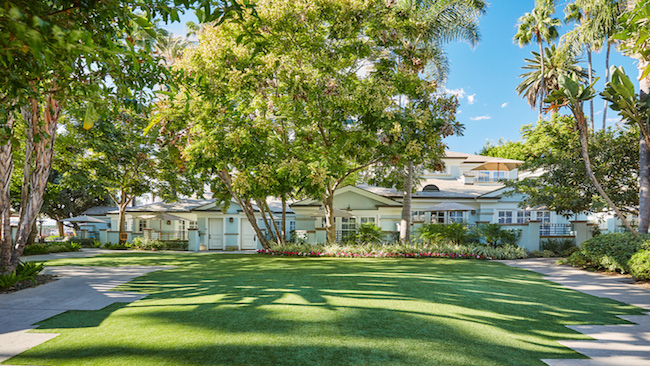 Nestled in tropical flowers, palm trees and tranquil waterfalls, the 32 secluded garden bungalows provide ideal family accommodations, or, complete privacy for those seeking a bit of anonymity. The bungalows, featuring exquisitely designed beach-themed rooms and private patios, have always been a favored spot for Hollywood's elite - a tradition that continues, as evidenced by a recent sighting of a famed NBA player, and a renowned country western music star. 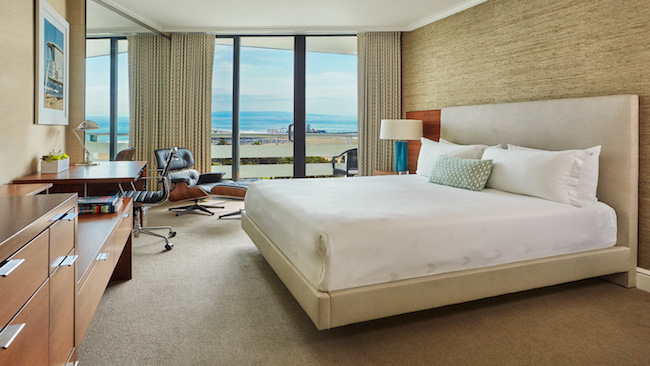 During the "Roaring Twenties" the Miramar became a chosen getaway spot for celebrities such as Marilyn Monroe who used the hotel as a haven from fans and the prying eyes of media. Through the decades, a multitude of other movie stars, rock legends, political luminaries, and professional athletes have been charmed by the Miramar's combination of luxury and seclusion. The resort has also long been a favorite locale for television and movie shoots; recently, the cast and crew of Modern Family came together to shoot a scene in front of the fig tree. Producers needed to replicate an Australian locale, and the tree served as a more than suitable stand-in, as Australia is from whence it originally came more than a century ago, when an unknown sailor bartered the original sapling for a cocktail. The sapling made its way to the wife of Miramar founder John P. Jones, who planted it in 1989 outside the family mansion - now the site of the hotel. 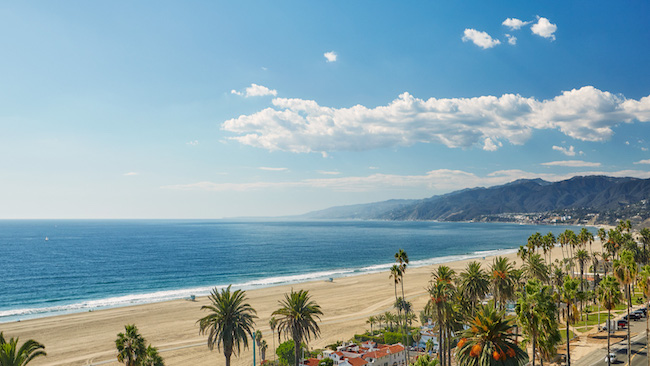 Even if guests seek to hide away during their stay, the lure of the resort's many activities is hard to deny. Boasting a well-equipped rooftop health club, and a spa that offers the latest in equipment and therapies, guests can push their bodies to the limit, and/or relax with a massage after a day of business, shopping or sightseeing. The pool and its lush gardens are about as close to a Hawaiian paradise as anyone will find in Los Angeles. And dining/cocktail options include a) The Lobby Lounge, a perfect place for lunch, dinner or an expertly mixed cocktail b) Fig Restaurant, a local favorite overseen by Executive Chef Yousef Ghalaini featuring the freshest local and organically grown ingredients, and c) The Bungalow - a Brent Bolthouse-designed social center in a breezy Baja-style 1947 cottage surrounded by lushly landscaped grounds and gardens that always finds itself at the top of “best lists” for Southern California bars. 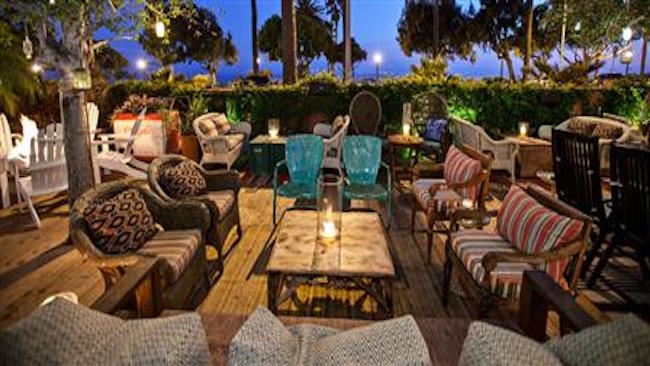 And if it's service you seek in a hotel stay, the Fairmont Miramar delivers. From warm greetings from the valet staff, to a welcoming check-in at the front desk, to unobtrusive pool side service, every member of the team is devoted to providing an unrivaled level of attention that is both efficient and understated. Needs are always met, and expectations exceeded, making a stay at the Fairmont Miramar both memorable and extraordinary. 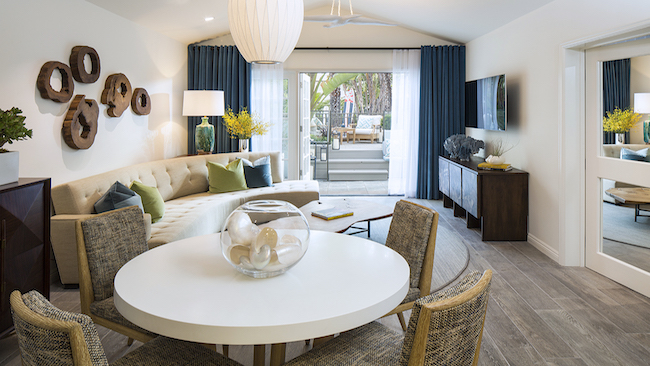