The Fast-Paced, Glamorous Life of a Wall Street Tycoon 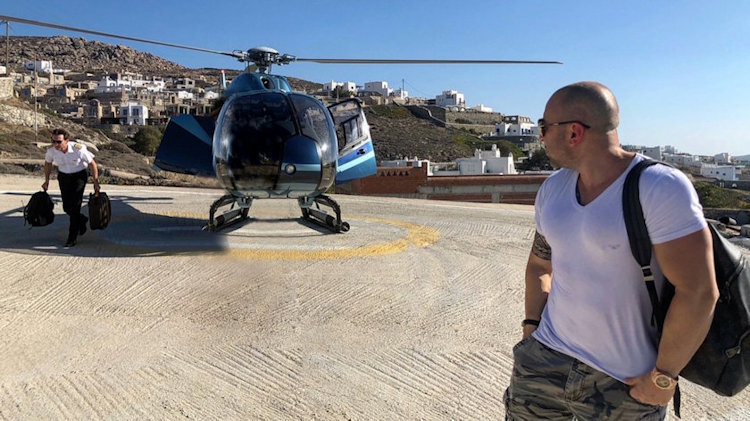 The life of a Wall Street tycoon is very stressful, time consuming, and fast-paced. When the movie Wolf of Wall Street first premiered, everyone was fascinated by the lifestyle depicted by Leonardo DiCaprio of the infamous Jordan Belfort. The money, yachts, planes, homes, and parties enthralled the audience, where many people wanted to quit their job and work on Wall Street. Emil Botvinnik is very familiar with this industry, as well as the lifestyle that comes with it. He ran offices with over 170 brokers, living out the dreams of many. He was so familiar with the intricacies of this space, that many prominent individuals in the entertainment industry even reached out to him- asking him to coach A-list actors for Wall St. related movies.

Emil first began his career when he was a newly minted graduate of the University of Maryland, College Park. He passed his broker licensing exams from the first try, and immediately became the top producer at the various firms he worked for. He specialized in high frequency trading, trading over 1.5 billion a month in equities. He primarily focused on large block trading of F.A.N.G. stocks, Facebook, Google, Amazon, Netlfix, just to name a few.

He was a multi-millionaire by age 23, when most people are just starting internships to figure out their future. He was young and ambitious, and with so much success at an early age, he worked hard, and partied harder. Emil reaped the benefits of his monetary success, going out to some of the best nightclubs and restaurants New York City has to offer. He was always invited to all the major networking events, as people were interested in getting his insight on the latest stock that was set to skyrocket. He drove exotic cars, played poker with athletes and celebrities, and captivated those who surrounded him.

Emil was a Wall Street virtuoso, rubbing shoulders with some of the most powerful and famous people in the country. Men wanted to be him, and women wanted to be with him- Emil eventually married Brazilian supermodel, Victoria Triay. The two had three kids together, and Emil eventually grew out of the Wall Street lifestyle and relocated to Miami. He decided to move to a warmer climate, and away from the fast-paced life that made him a legend on Wall St.

Our mainstream society is fascinated with the world of luxury, and Emil’s life paralleled what was portrayed in movies like American Psycho, Wall St., Wolf of Wall Street, and many others. Although we only know about names portrayed by Michael Douglas, Christain Bale, and Leonardo DiCaprio in such blockbuster movies, Emil Botvinnik experienced this lifestyle firsthand. Not only did leaders in entertainment ask him to train celebrities for such movies, they wanted to make one about Emil himself. Even though Emil declined, he lives to tell the incredible Wall Street stories that can only be seen in movies, or those that lived them.