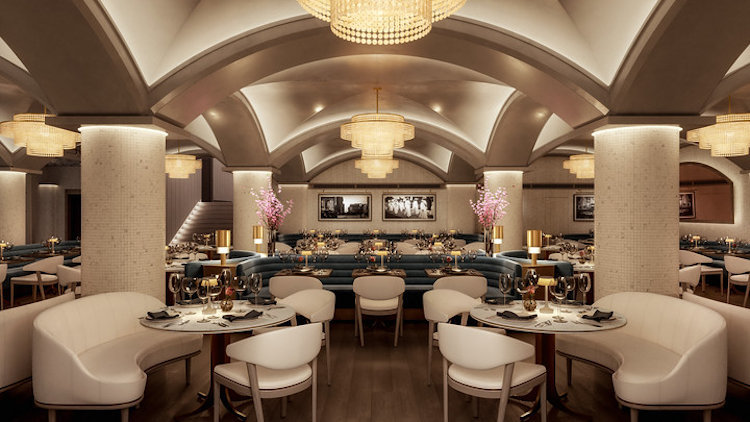 The Hermitage Hotel, Nashville’s premier luxury hotel, in partnership with internationally acclaimed chef and restaurateur Jean-Georges Vongerichten, has announced the appointment of Kelsi Armijo as Executive Chef. Armijo, who has helmed the kitchens of prestigious establishments throughout the United States, will work under Jean-Georges to launch and oversee the hotel’s new destination restaurant, Drusie & Darr, and The Pink Hermit café. She also will work closely with Jean-Georges in the execution of The Hermitage Hotel’s culinary program, from weddings and events to its iconic weekend Afternoon Tea.

Armijo joins The Hermitage Hotel with over a decade of culinary expertise from top restaurants and hotels across the United States. Most recently, she led the culinary team at Southern California’s The Peninsula Beverly Hills, where she rose from Chef de Cuisine to Executive Chef during her nearly six-year tenure. Before that, Armijo worked alongside renowned French chef and restaurateur Joel Robuchon in Las Vegas at the Michelin-starred L'Atelier de Joël Robuchon. During her time in Las Vegas, she also worked with James Beard Award-winning chef, Shawn McClain at Sage, where she helped create contemporary American dishes that showcased farm-to-table produce and sustainable ingredients. Armijo began her career as a member of the opening team of Jean-Georges Steakhouse at ARIA in Las Vegas and quickly rose to Sous Chef. She is a graduate of the College of Southern Nevada.

Opening later this fall, Drusie & Darr is Jean-Georges’ new restaurant and bar at The Hermitage Hotel. Drusie & Darr will be a convivial, contemporary restaurant and bar that will showcase the abundance of Tennessee’s regional produce, some of which will be sourced from The Hermitage Hotel’s Garden at The Land Trust for Tennessee’s Glen Leven Farm. An international menu, inspired by the seasons with Asian influences and ingredients sourced locally, will welcome hotel guests and neighbors alike for any occasion – from cocktails and a sophisticated evening out, to a glass of wine and pizza from the wood-fired oven, or a relaxed family dinner.

The Hermitage Hotel is a timeless icon of best-in-class, five-star service. In 2021, the hotel is undergoing a top-to-bottom design refresh seamlessly blending the past with the present. From the renovated restaurant and bar, to refreshed guest rooms, lobby and common spaces, the hotel is meticulously preserving its cherished architecture while introducing a fresh, new color palette, updated furnishings and more. To learn more about The Hermitage Hotel, please visit TheHermitageHotel.com