The ICONS Cup: 24 Global Sports Stars Set to Do Battle in Dubai 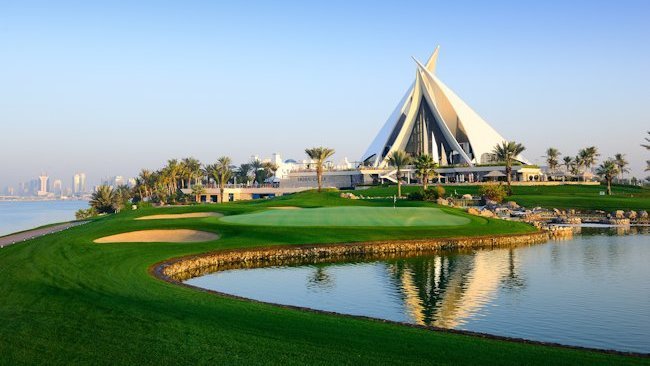 In the ensuing decades, seemingly every luxury brand imaginable has sought to establish a foothold in a city that has set the standard for 21st opulence.

Unsurprisingly, golf has become crucial to the city's mix of luxury offerings, with Dubai Creek Golf Club leading the way. Former home of the PGA European Tour's Dubai Desert Classic, the course is hosting another must-see event this week: the inaugural ICONS Cup, which begins tomorrow.

Conceived, owned and produced by Worldwide Sports & Entertainment, Ltd. (WWSEL), the ICONS Cup is a first-of-its-kind team golf competition. A significant departure from the standard celebrity golf event, it pits a 12-man team of legendary, low-handicap North American sports idols against a similarly-famous lineup of international superstars. Two days of high-pressure match play with bragging rights on the line will make for quite the sporting spectacle.

No stranger to the international spotlight himself, Couples is the 1992 Masters Champion, a former world No. 1, three-time Presidents Cup captain and 2013 World Golf Hall of Fame inductee.

“Golf has given me some great moments and I've met some wonderful people over the years but to get the chance to lead a team filled with some of my country's greatest ever athletes is really exciting,” he said today at the event's opening press conference. “The ICONS Cup brings sports together through the love of golf and creates new rivalries and opportunities to see that competitive spirit from some true legends."

Team Rest of the World (ROTW) is led by 2016 Ryder Cup Captain Darren Clarke, who has tallied 22 tournament victories worldwide including the 2011 Open Championship.

Clarke, who holds the course record at Dubai Creek, will manage a formidable lineup of football, cricket and rugby idols.

“I'm really looking forward to the next few days with Fred and the first ever ICONS Cup,” says Clarke. “It's an inspired idea. Golf needs events like this to take the spirit of the game to new and younger audiences and this event has every ingredient to be very special."

But the ICONS Cup is about more than just golf. Players and their guests have received red carpet treatment from the second they stepped off their Emirates Airlines' flights, with the experience culminating in Friday's star-studded gala dinner at Cove Beach. The Riviera-esque beach club features stunning views of what many consider Dubai's most impressive building, the Burj Al Arab.

Adds Dan Hudson, WWSEL's CEO of event organizers: “Dubai loves being first. It is known for hosting the biggest and best exclusive events, as well as challenging perceptions, so it's a perfect match for the ICONS Cup.”

When play starts in earnest tomorrow, Dubai will have yet another ground-breaking feather to add to its cap.