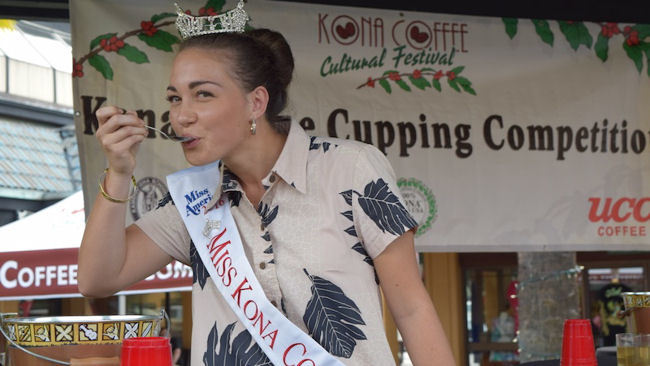 Because the program occurs over 10 days, with many programs and events being repeated, you can set your schedule for beach/pool time, snorkeling or other activities and not feel you have missed anything. A real plus compared to the festivals where you have to do everything in two days!

The KCCF honors Hawaii being the only state to grow coffee. The festival traces the progression of coffee from the first plant in the 1800s to the over 400 growers today. A festival button ($3) gets you into most of the events. Combine coffee and art at the Art/Coffee Stroll at Holualoa village up on the hill from Kona. Over 30 farms provide samples while you view the art and cultural exhibitions. 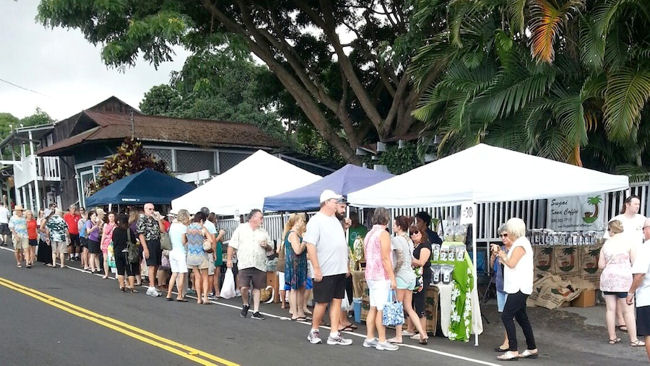 See how it was done in the 1920s on The Kona Coffee Living History Farm Tour. This 11-station tour gives a look at early farm life and the production of coffee. On this farm, the first tenant farmers, the Uchida family lived and grew coffee in the 1920s.

Climate drives coffee taste, and Kona is its' own microclimate. Each farm has varying weather, and so there are subtle to substantial taste differences in from farm to farm. During the festival, each farm steps it up a notch during tours and tastings. Before you buy, try varieties to make sure one matches your pallet. If you do not want to visit each farm on your own, then take a five-hour, three-farm tour with lunch guided by the Kona Coffee Council. The roads to the various farms can be confusing, so take out the guesswork and just bus it!

The festival sports rotating workshops and lectures on coffee, history, and culture. No important festival should be without a pageant, and The Miss Kona Coffee Competition has the winner going on to the Miss Hawaii competition and being an international Kona bean representative. The culinary games showcase professional and amateur chefs who add zip to their dishes with Kona coffee. The chefs also include bites for attendees. You will go back with coffee and creative recipes of what to do with that coffee. Categories cover entrée, desserts and salads and appetizers. 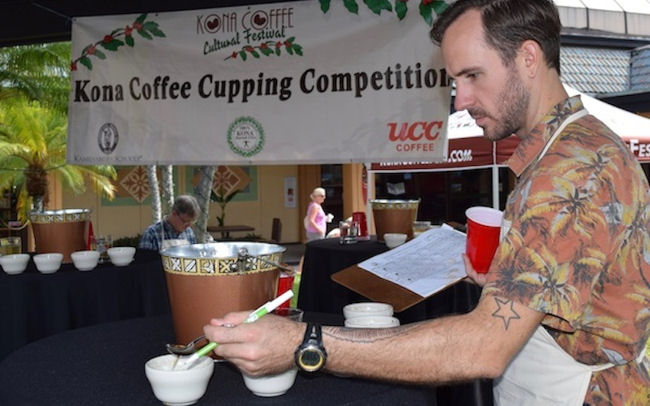 The best cup of coffee is determined from the cupping competition, sponsored by the Kona Coffee Council. Blind tasting of course! This occurs in stages, and to a degree, attendees can participate, but not vote. The winners this year were the Aikane Kona Coffee and the Arianna Farms Ono Kona Coffee in the Olympics of coffee.

A Culinary pairing dinner has The Kona Coffee & Tea Market as the venue. The four courses use coffee, wine, and beer infused into the dish. The KCTM is championed by the Maven of Kona coffee, Malia Bolton. Her vision has combined her farms with retail outlets that served only her coffee. In this way, her operation is totally vertical, from farm to cup. In 2015, a KCTC entry won 3rd place, no small feat in the crowded field.

The largest coffee operation in the area is Greenwell Farms, and their new “Elizabeth J” blend is most expensive Kona coffee. Tom Greenwell has a reputation of trying to push coffee forward by trying modern varietals and methods to improve the taste and appeal of Kona coffee. A tour here will always have something new and different. 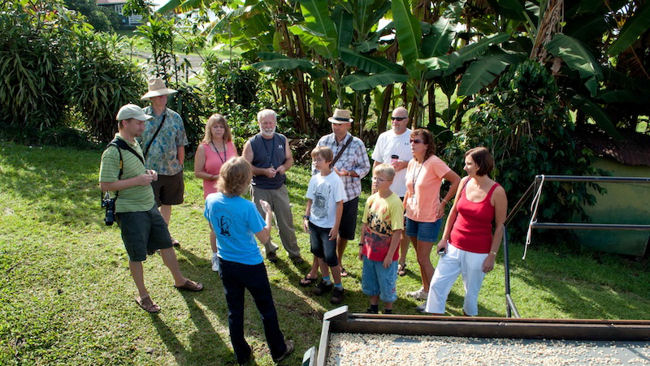 The Sheraton in Keauhou Bay is the closest lodging option for the KCCF. This property received an upgrade in 2012. Ocean views from just about every room, pools, and cultural excursions it is the ideal resting point and activity springboard. It's really close to the KCCF activities, yet a little further into Kona, so trolley at night or car is needed. The Deluxe Executive Suite is perfect for this festival with the oversized bedroom, living room, work area and private ocean balcony. New for 2016 is the 3,000 square foot Kona Lounge for SPG members. A botanical garden has just been added to the property for self-guided tours.

The Sheraton was constructed on the edge of ancient fishing grounds, the twice-weekly Hawaiian cultural program and tour gives presents the culture of the early Hawaiians. The Sheraton really improved Rays on the Bay, their upscale restaurant, and bar. The bar area overlooks one of the prime manta ray gathering spots on the Big Island. Go local and use snorkeling to watch the mantas with Eka Canoe Adventures, where you ride on a Hawaiian catamaran canoe then jump in the water to watch the mantas up close and personal. 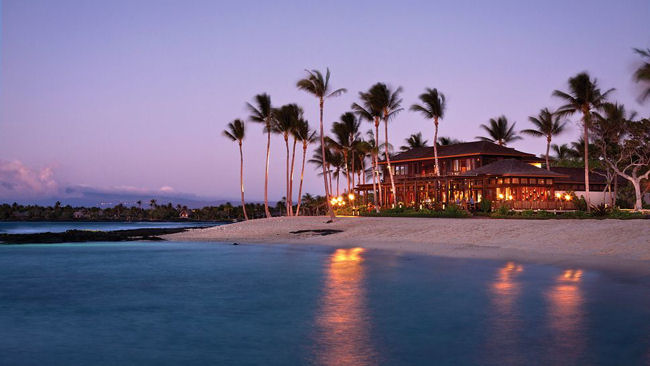 If you prefer the most luxurious landing on the Big Island, then the Four Seasons Resort Hualalai is about a 35-minute drive each way from festival activities. Consistently voted one of the top resorts in Hawaii, the attraction here is the level of service, manicured grounds and inspiring ocean views.

For breakfast away from your lodging, then Java on The Rock, a coffee farm in Kona, also does seaside breakfasts with their coffee. Vegetarian to go is at Basik Acai, which takes the portable acai bowl to a new dimension with local fruits in tasty, vegetarian and vegan blends.

The Fishhopper is a favorite seafood restaurant in the area, with up-close views of the bay combined with award winning dishes. Start with the Crab Tower with local avocado and Lilikoi Aioli followed by the Hawaiian Ono, crusted with ginger and lemon grass. A great happy hour from 2-9 every day, and the restaurant has expanded to additional bay-view levels. 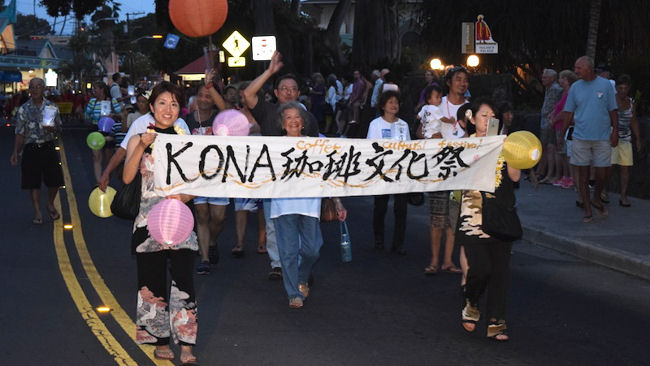 At the Kona Brewing Company, each craft beer can be paired with all their island-inspired food choices from pizzas to Kailua pork sandwiches. Beer and food make the ultimate marriage at the KBC. Match the Castaway IPA with the Pahoehoe Spicy Chicken pizza.

Noodles go local at Mi's Bistro, a small eatery, not far from Captain Cook. Coffee farm tours make this the perfect Italian landing close by. Executive Chef and owner Morgan Starr, farms his own produce and makes the menu from scratch. The herb & cheese ravioli with local pine nuts in blue cheese sauce is a standout, and their tiramisu with coffee was a first place winner in the KCCF culinary competition for desserts. 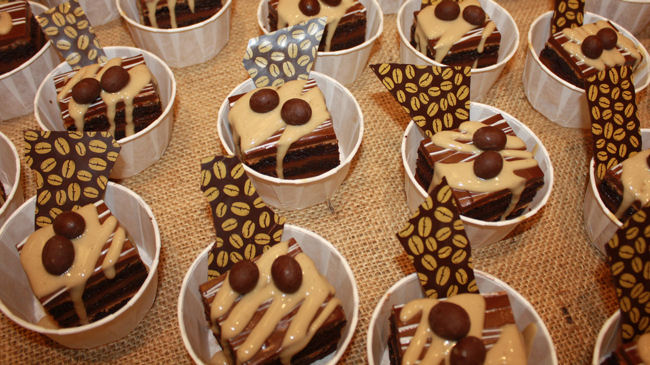