The Last Drop Distillers, the World's Most Exclusive Spirits Company 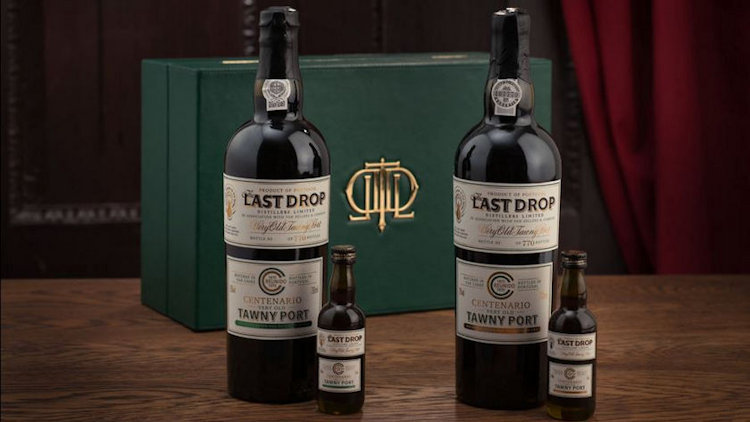 Ten years ago, innovators and veterans of the spirits industry, James Espey and Tom Jago, debuted The Last Drop Distillers to connoisseurs and collectors around the globe. Creating a company unlike any other, James and Tom began their journey in 2008 uncovering and bottling the finest and rarest gems of the spirits & wine worlds just waiting to be discovered. Today, with their daughters Beanie Geraedts-Espey and Rebecca Jago by their side, and now at the helm of the company, they celebrate the last decade of exquisite liquids worthy of The Last Drop name.

In honor of this milestone, The Last Drop is commemorating with several celebrations, held on two different continents – a month-long Atelier Pop-Up in London’s Piccadilly Arcade and the official opening of Warehouse P, a refrigerated aging house at Buffalo Trace Distillery in Kentucky, where, moving forward, The Last Drop will keep precious parcels of American whiskey - of varying ages, blends and styles - to age over the next 10-15 years and beyond, in the hope they will meet their rigorous and painstaking tasting requirements.

“Warehouse P is a remarkable and exciting new chapter in The Last Drop Distillers’ journey,” says Beanie Geraedts-Espey, Marketing & Sales Director for The Last Drop. “The first warehouse of its kind, it will enable us to see whether American whiskeys can indeed age like their Scottish counterparts. There is no guarantee of success, but it is the dawn of a new age for our brand as we take maturation into our own hands – rather than relying solely on hunting out parcels from yesteryear… although naturally we’re still doing that too!.”

At The Last Drop Atelier – which opens its doors on May 8th, 2018 and commemorates it’s official month long launch with a celebratory event on Wednesday May 9th— the team will be bringing the brand to life in a myriad of ways. From a cask installation and library of its exclusive collection from the past 10 years, to intimate tastings led by the founders, cocktail parties as well as decadent pairing dinners, each bespoke experience has been curated and designed to introduce new consumers and connoisseurs to the company as well as thank the dedicated and passionate supporters and collectors who have been a part of The Last Drop adventure since day one.

In addition to showcasing all of its eleven releases to date, for most of which there are fewer than a handful of bottles left, the company will also be launching a once-in-a-lifetime expression created exclusively for the ten-year anniversary and in honor of the company’s co-founder, Tom Jago, entitled simply Tom’s Blend No. 1.  A lifelong devotee of Blended Scotch Whisky, every night since his 20’s and even now at 92, Tom pours himself a dram of a fine Scotch blend, adds a little water and reflects on his day. To pay tribute to Tom, the majesty of Blended Scotch and ten years of exceptional spirits, The Last Drop team has created Tom’s Blend No. 1 just for this very occasion,and will not be available commercially. Tom worked alongside Scottish whisky writer and expert Charles Maclean to create the final blend and partnered with the malt master at Ian Macleod Distillers, to develop this fine and one-of-a-kind spirit.

“The idea for Tom’s Blend was born on the New York subway, of all places. For some time, we have wanted to create a “house pour” for The Last Drop. We decided to create a tribute to my father, Tom Jago, co-founder of The Last Drop, and a lifelong lover of Scotch, says Rebecca Jago, Operations & Creative Director at The Last Drop. “Tom’s Blend No. 1  is 18 years old, and comprises 50 per cent single malts, a wisp of smoke from Islay, rich notes from heavily sherried highland whiskies and in keeping with Tom’s particular tastes, some fruity Speyside. We believe this to be a great whisky but more importantly an interpretation of Tom’s personality and preferences. We will offer it to our guests with love and pride.”

Having always shared a passion for extraordinary, refined and rare spirits, Tom and James knew they wanted to create a unique brand that encompassed all of those elements. Fast forward a decade later, with their daughters at the helm, and that dream has been realized ten-fold. The Last Drop’s founding principles of “rare, fresh and delicious” remain as true today as they did in 2008, and as the company continues its journey of passion and discovery in the company’s 10th year, the father daughter team is extremely honored to continue to share the exceptional and uniquely rare with the world.