The Moments You Live For, Live Here 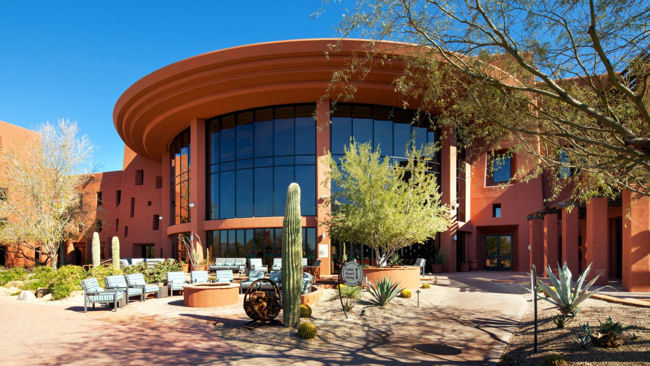 It has 500 culturally-themed rooms, 36 Troon Gold championship holes of golf, an equestrian center with 1,000 acres to ride, a casino, a world-class spa, and Kai, a nationally-recognized restaurant. Here are both recreational and inspirational experiences never before available in a resort setting.

The Sheraton Grand at Wild Horse Pass is a showcase of Pima and Maricopa tribal heritage. National Geographic Traveler Magazine named this property to its first ever “Stay List,” described as a celebration of the “150 Hotels You'll Love” in the U.S., Canada, Mexico and the Caribbean. In partnership with this magazine, the Tourism Industry Association of America recently awarded the Resort the TIA Odyssey Geotourism Award for Sustaining an Indigenous Culture and Community. 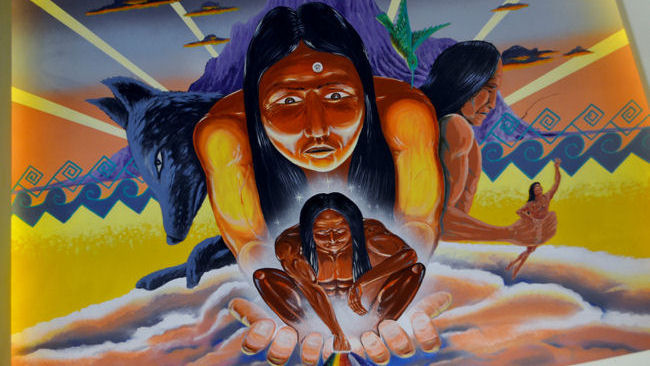 One of the Resort's unique features is their Cultural Concierge. It is a must that one connects with her to take a complimentary tour highlighting the history and culture of the Pima and Maricopa tribes that have inhabited central Arizona for more than 2,300 years. Her tour also interprets the significance of the many vibrant murals, pottery pieces, works of art and Native American stories found throughout the resort.

Aji Spa is a world unto itself. From the moment you enter, mosaic tiles depict the symbolism of the four directions: east for illumination, south for sandstorms that bring rain, west for the setting sun and north for the water of life. One of the signature treatments here is their Blue Coyote Wrap. The Spa Director, explained that this wrap is a metaphor for the spa as a whole – offering unique treatments and an environment where guests can free themselves from stress and return to a natural state of peace. Belen Stoneman is the Native American Healer for Aji Spa. In this role, she utilizes a sacred holistic approach to healing the mind, body and spirit through therapeutic massage. 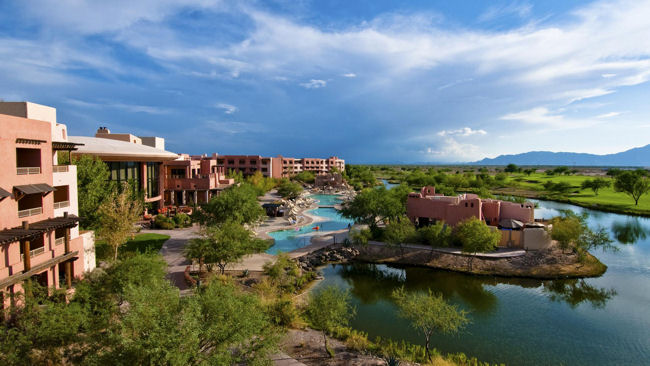 Mind, body and spirit aligned – now let's talk food. One of the nation's most highly lauded restaurants, Kai, is the first ever Native American restaurant to garner both the AAA Five-Diamond Award and Mobil Travel Guide's Five-Star Award. Kai's Michelin-trained Executive Chef, Michael O'Dowd has worked diligently to learn traditional recipes and presents them in a new setting, thus paying homage to the past while weaving a new culinary future for Native American-inspired cuisine.

After dining – a peaceful stroll. The Resort has recently completed a two and a half mile Interpretive Trail that runs alongside the property's storied Gila River. More than fifty signs detailing the culture, history and plant life of this river community can be found along the trail. Many of the signs focus on the vegetation that's historically significance to the Pima and Maricopa people. The signs feature a picture of each plant and denote what it was used for and its significance to the Gila River People. 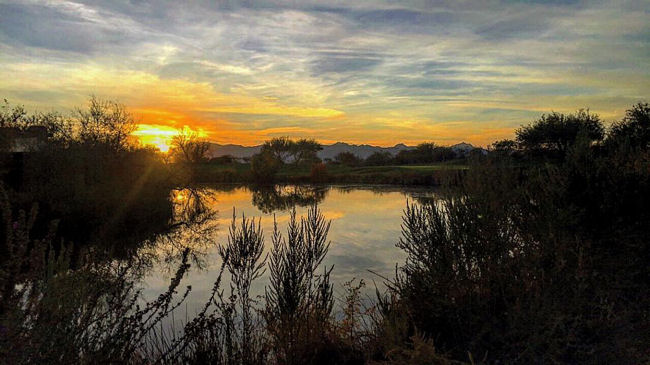 The Sheraton Grand at Wild Horse Pass experience is one that blends a rich tableau of images and designs reflecting the beauty and mystery of the desert and its people. Belen Stoneman, this woman of Native American spirituality, says “The No.1 rule for me is that Creator God and the spirits do everything.” Here, indeed, everything is done with spirituality and authenticity. Dreams are caught in a web of stories that entertain, educate and inspire.

Carrying on the Dream Theme 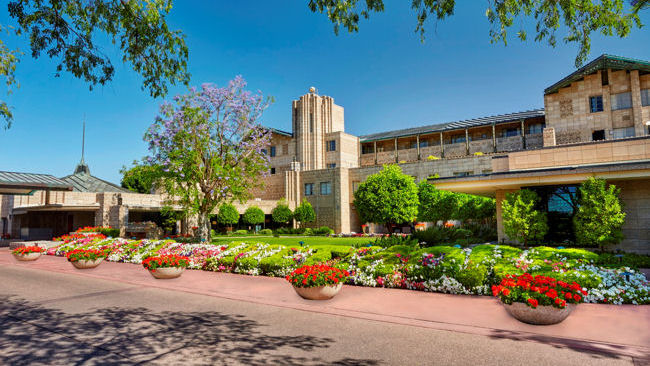 Less than a half hour from the Wild Horse Pass is another unique and spectacular property: the Arizona Biltmore, A Waldorf Astoria Resort. Designed by architect Albert Chase McArthur with Frank Lloyd Wright's collaboration, the “Jewel of the Desert” opened in 1929. Celebrities spent Hollywood's golden years here; Marilyn Monroe loved the Catalina Pool, Irving Berlin penned White Christmas, and at the bar, the famed tequila sunrise was invented. Ronald and Nancy Reagan honeymooned here and presidents from Herbert Hoover to George W. Bush have been its guests. There's glittering history around every corner on the property's 39 glistening acres right in the heart of Phoenix.
As a long-time buff of all things Hollywood in the 40s, I was over the moon at the chance to visit this property and Wright's designs and inspirations were icing on the cake. The Arizona Biltmore, a Waldorf Astoria Four Diamond property, is now modern and stylish though happily it still retains its original Gatsby-era feel. 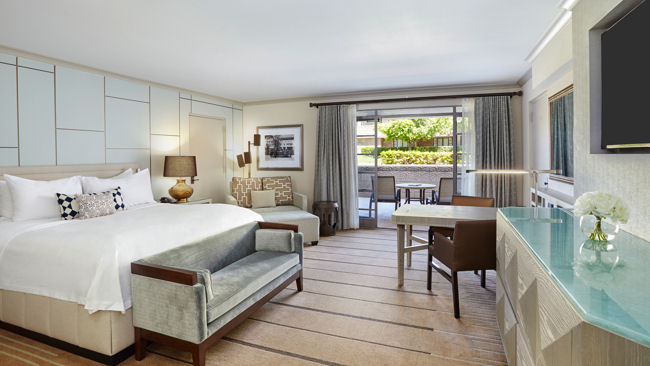 In my brief stay, I nonetheless got in some memorable experiences: I had a deep, luxuriating massage at Spa Biltmore administered with a turquoise-sage muscle cream! and I dined at Wright's Restaurant, gazing out at the Phoenix Mountain Preserve beyond. This was a special culinary repast that told the story of the Arizona desert with dishes that drew from the region's heritage and culture. A short stint on the tennis court and then, too soon, this dream idyll was over. But – no regrets. By immersing myself in Pima tribal culture and meeting the beautiful, impressive healer Belen Stoneman, to being transported back in time for some glitzy Hollywood glamour and then enfolded in Frank Lloyd Wright's iconic architecture, my personal dream-catcher gathered a host of sweet reveries that I'll cherish whenever I think of this magical Arizona visit. 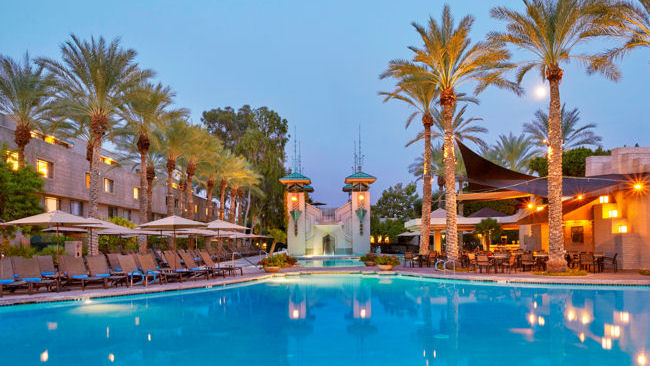