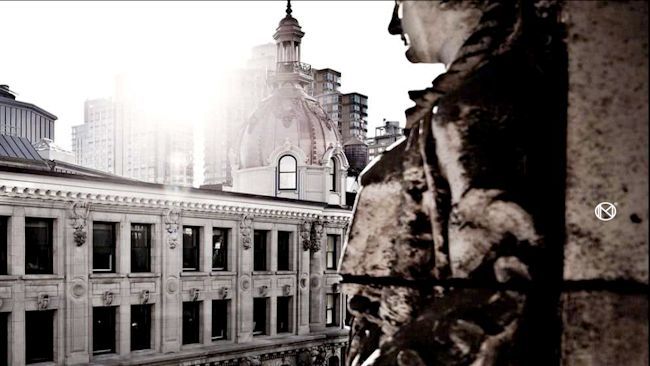 Slowly but surely, NYC's Flatiron district has been steadily emerging as an international hot spot for all things cosmopolitan, first with the opening of The Ace Hotel and satellite boutiques by Opening Ceremony and Project No. 8, hipster-friendly food spots like the No. 7 Sub Shop and gourmet megamart Eatily, helping sprout a mini oasis of upscale chicness.

One of the newest residents to help usher in this geographic joie de vivre is the Parisian influenced NoMad Hotel on Broadway and 28th. Bringing along with it the first US outpost of French It-label Maison Kitsuné as its partner in crime, the NoMad exudes worldly sophistication with a hip, modern touch.

Named after NYC's abbreviated neighborhood of North of Madison Square Park, NoMad Hotel is the newest lifestyle project from the grand sommelier of luxe accommodation style (and the brains behind The Ace Hotel) Andrew Zobler. Not to be mistaken for The Ace, NoMad is looking to attract more of a luxury clientele with a distinctly bohemian flare. According to a recent interview, Zobler stated:

"The challenge from an overall perspective was that we didn't want to do anything that was duplicative of The Ace–we wanted to complement it. That was the impetus for going with something that felt more luxury, more European and more romantic."

Recruiting fellow countryman (and the architect behind Paris' famed Hotel Costes) Jacques Garcia, the pair based much of the interior design of the rooms on photographs of Jacques' early Parisienne apartments, where he'd combined a distinctly Francophile aesthetic with eclectic and worldly touches. 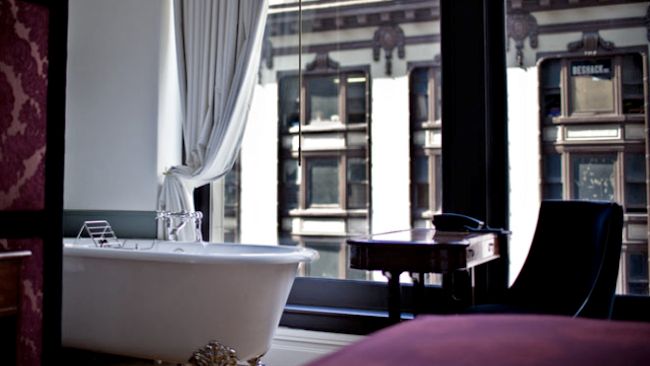 While the interior is all European charm, the outside is very much New York. Housed in a turn of the century Beaux-Arts 1903 Limestone building, remodeled to accommodate its 168+ guests, the exterior retains many of the original touches of its historic facade. Inside, guests feel like they've left the bustle-and-heat of late NYC summer for a relaxing fall in the City of Lights. Decorated with rich textured furniture in velvet, leathers, and other luxe fabrics, each room comes with breathtakingly high ceilings, and gorgeous views overlooking the city.

As an added bonus, most rooms come with romantic freestanding clawfoot tubs, and all rooms come complete with boutique bath amenities by Côté Bastide, custom bedding and bathrobes by Sferra and Frette, mahogany French writing desks, handmade vintage Heriz rugs (salvaged from a 1905 factory), full media stations including an iHome docking station, and one of the most comfortable hotel beds around. 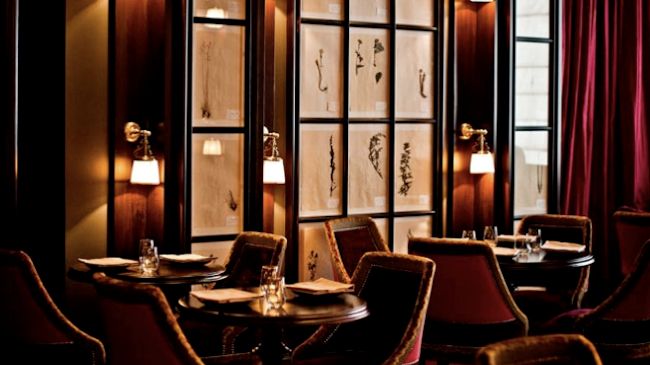 Run in tandem with Will Guidara and Daniel Humm, the duo behind Eleven Madison Park, The NoMad's in-house restaurant has been garnering rave reviews for its impeccable presentation and eclectic menu. As part of the overall experience, a series of intimate dining rooms and lounges surrounding a light-flooded atrium help showcase Chef Humm's famous rustic take on French-inspired cuisine. There's also a rooftop terrace (perfect for cool late summer evenings) that serves food, as well as late night snacks to all guests.

For those looking for something to do at night without leaving their comfortable surroundings, the NoMad's downstairs lounge was recently voted one of the best bars in America by Esquire Magazine. This leather-paneled drink den comes complete with oversized mahogany elephants, a Hemingway worthy library complete with Lost-generation style seductive lighting, and one of the most unique cocktail lists in the city. While the bar is not to be missed, be sure you get there early–on a Friday night the place fills up fairly quickly, and a capacity's put in place to ensure the space maintains its relaxed and breathable air.

So if you're looking for a place to stay in New York City that captures the richness of a vacation in Paris, while steps away from the excitement of the big apple, or if you're simply taking a staycation away from the insanity that is life in the city, there's no better bet than The NoMad Hotel. C'est magnifique! 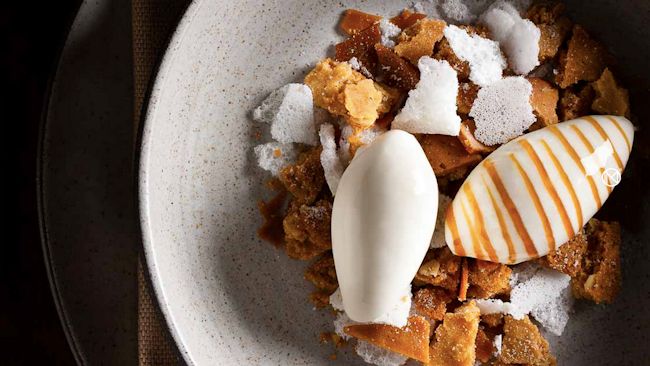