The Reverie Saigon Unveils Vietnamese History Through a Prism of Art 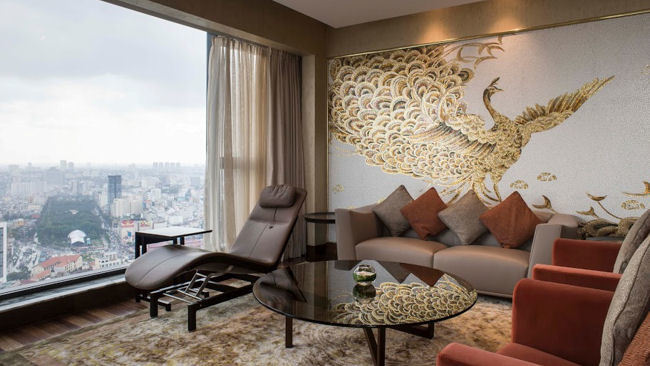 Launched this month by The Reverie Saigon, a member of The Leading Hotels of the World that garnered international acclaim in its debut year, ‘Pearls of Saigon’ presents a full-day exploration of select venues – museums, galleries and artists’ studios – that cumulatively sheds light on one of Asia’s most intriguing destinations.

More than a look at art for art’s sake, ‘Pearls of Saigon’ tells the story of Vietnam from the dawn of the 20th century to the present day using art as pivot points to unveil the story of a nation subdued under colonial rule, striving for independence, paralyzed by war and, finally, in bloom once again.

“What has unfolded in Vietnam since the height of French colonialism, whatever the politics of your perspective, is one incredibly fascinating story after another,” said General Manager Kai Speth. “And the art that developed in tandem is so evocative and revealing that even just an introduction to it may well endure as the most memorable experience of a traveler’s time in Vietnam.”

Leading the tours for The Reverie Saigon are two savvy and studious expatriates – Sophie Hughes and Stu Palmer – who have each called Vietnam home since 2009 and who have explored the country’s art scene as, collectively, a gallery manager and a film festival director as well as artistic collaborators. In 2011, Sophie founded Sophie’s Art Tour, which is widely hailed as the country’s foremost bridge between international visitors and Vietnamese art.

Each eight-hour exploration is custom-curated for its audience and ranges from an in-depth, general overview for the casual enthusiast to more esoteric targets for aficionados.

Must-see stops will include a walkabout of the Duc Minh private gallery – which features an incomparable collection of modern and post-modern works by, among others, artists from the École Supérieure des Beaux Arts de L'Indochine (EBAI) – as well as a visit to Salon Saigon, a refined and exquisitely appointed space which houses a fine arts library and salon dedicated to presenting contemporary works and showcasing Vietnamese heritage as well as other Asian cultures through performances, screenings and educational programs.

Salon Saigon is also the setting for a private, five-course lunch of traditional Vietnamese cuisine and a tour-within-a-tour introduction to the Salon’s private collection and library by its director (or program coordinator), an experience exclusive to ‘Pearls of Saigon’ guests. Guests can also request live piano accompaniment for the duration of their prix-fixe meal or an approximate 15-minute live performance of traditional Vietnamese dance by a troupe of 4-6 dancers (at additional charge).

Particularly interesting to history buffs, the compound in which Salon Saigon is situated was, during the Vietnam War, home to the U.S. Ambassador to South Vietnam, Henry Cabot Lodge.

Other sites visited along the way may include the grand halls of the Ho Chi Minh City Fine Arts Museum, which was built in 1929 as a palace for a wealthy merchant family, as well as a selection of galleries, artists’ homes and studios (subject to availability).

In addition to introducing the destination through the perspectives of artists who studied, documented and resisted pivotal periods of change in 20th and 21st century Vietnam – including how art was leveraged in wartime as a tool of resistance, revolution and reconstruction – the tour also highlights how contemporary art galleries are now working with Vietnamese and international artists to nurture experimentation and create opportunities for emerging artists.

As a complement to the day-long excursion about the city, the ‘Pearls of Saigon’ experience exposes guests to an array of remarkable design pieces at The Reverie Saigon, itself – a hotel that is at once a collaboration of 17 of Italy’s leading design houses and a manifestation of contemporary Vietnamese taste. Guests have the option to request a private tour of the hotel that touches upon a selection of its most talked-about pieces.

Beyond the tour itself, the ‘Pearls of Saigon’ package includes:

Accommodations range from chic and spacious Deluxe rooms with city or river views to the hotel’s singular Designer Suites – each outfitted by notable Italian furnishings design brands – as well as its two top suites, with suite guests having the added luxury of access to The Reverie Lounge.

Package rates start from USD 1,422++ for rooms and USD 1,782++ for suites based on a two-night stay.* All guestroom categories are bookable for single or double occupancy.

*Booking requests must be received at least 7 days in advance and are subject to availability
*Cancellations made less than 7 days prior to arrival will be subject to a 50% penalty
*Additional nights are bookable at rates starting at USD 309++, inclusive of breakfast
*The lunch at Salon Saigon will be a private lunch except on Tuesdays, when the space is open to the public
*Additional piano accompaniment and / or live dance performance during the lunch at Salon Saigon are bookable at an additional charge of USD 200 and / or USD 400, respectively.
Like Us
Facebook
Follow Us
Twitter
Follow us
Instagram