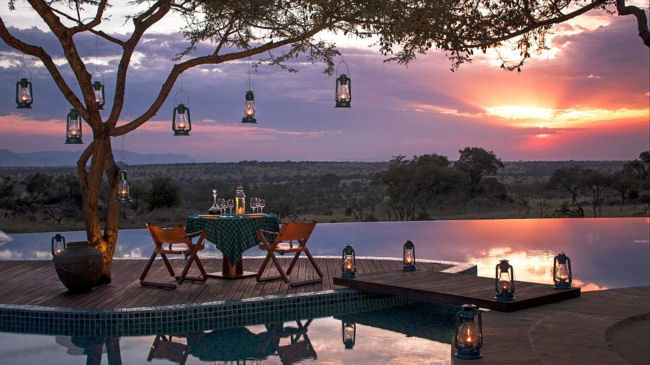 Through the Lodge's on-site Discovery Centre and guided game drive excursions, guests may learn about any of The Romantic Seven - a list inspired by the insights of the Lodge's Resident Naturalist Oli Dreike and the expert Four Seasons safari guides.

During the week of Valentine's Day, information on The Romantic Seven will be shared with all guests at Four Seasons Safari Lodge, with the list featuring:

With a location in the heart of the Serengeti National Park, Four Seasons Safari Lodge offers a choice of half and full day game drives into all regions of the park, including visiting the Ngorongoro Crater, private photographic safaris or an early morning hot air balloon safari over the Serengeti Plains. At the property, an educational and interactive Discovery Centre is home to a number of displays and regularly screens documentaries on the wildlife of the Serengeti.

Accommodation at the luxury safari lodge is available in a choice of rooms, suites and free-standing villas, with dining offered in the Lodge's three on-site restaurants and poolside bar. Rates for February 2017 start from USD 1,540 per night on a full board basis.