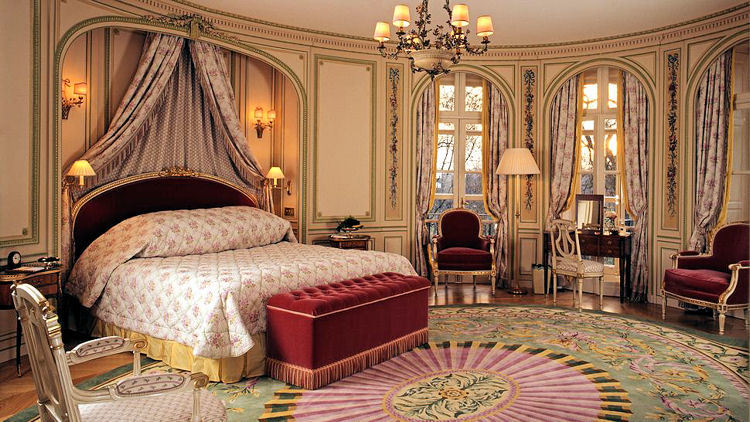 We have a very regal year ahead of us; with anticipation building around the forthcoming Royal Wedding and with another future prince or princess on the way, The Leading Hotels of the World is encouraging guests to celebrate with the Windsors.

Whether staying in a suite inspired by the late Princess Grace of Monaco or spending time in an illustrious hotel boasting the Royal Warrant, The Leading Hotels of the World is a collection of uncommon luxury hotels that ensures every guest feels like royalty.

Having played host to thousands of discerning guests since 1906, The Ritz London has long been a choice for royalty and aristocracy. Adding a further seal of royal approval, in 2002, The Ritz London was awarded a Royal Warrant by His Royal Highness The Prince of Wales for Banqueting and Catering Services, the only hotel to receive such an honour. Resplendent with ornate Louis XVI interiors; bedrooms and suites overlooking the Royal Green Park or Piccadilly; the finest cuisine, and a legendary afternoon tea, it’s easy to see why guests leave feeling like royalty.

Hotel De Paris is an iconic hotel in the heart of Monte Carlo. Inspired by the timelessly elegant late Princess Grace of Monaco, the hotel has recently launched the Princess Grace Suite for the most illustrious of guests. The exceptional 2-floors, suite boasts a refined, modern decor and spectacular terraces offering a 180° view of the Mediterranean. With its elegant curves and pure lines, the Princess Grace Suite is the epitome of sophisticated contemporary design, featuring transparency and precious materials. The Suite also displays the princess’s work and her personal souvenirs, including her favorite poems.

Travel to the country where the Queen was holidaying when she learned the news of her ascension to the throne. Considered an oasis of calm in East Africa’s largest city, Nairobi Serena Hotel is set amongst leafy gardens. Featuring a pan-African theme, the hotel boasts art-inspired interiors with eye-capturing decor from across the continent. Focused on relaxation and pampering the hotel and  Maisha Health Club and Spa is the perfect hideaway for those looking to be treated like royalty.

This stunning hotel with breathtaking views of Lake Lugano was originally known as Hotel Splendide. The ‘Royal’ was only added in 1924 as an acknowledgement to their many royal guests including Vittorio Emanuele di Savoia, and Maria Queen of Romania. Today the hotel remains just as regal with an extravagant presidential suite completed with a Murano chandelier, magnificent frescoes and exquisite views of the Alps fit for any monarch. With a further nod to its heritage, the hotel serves afternoon tea in the Sala Camino during the winter season.

Sitting at the top of the Spanish Steps, the Hotel Hassler is one of the city's most iconic properties. The Hassler has continued its legacy as Rome's five-star lodging of choice for the world's elite and discerning travellers since 1893, having been the chosen as the honeymoon destination for Princess Grace Kelly and Prince Rainier. Today, the interiors recall the stately elegance of the interwar years, with Pompeian furnishings and ubiquitous gold detailing making the perfect setting for a royal holiday.  For the complete royal experience, Michelin-starred restaurant Imàgo set on the 6th floor, offers breath taking views over Rome.