The Top Must-See Roadside Attractions in the United States 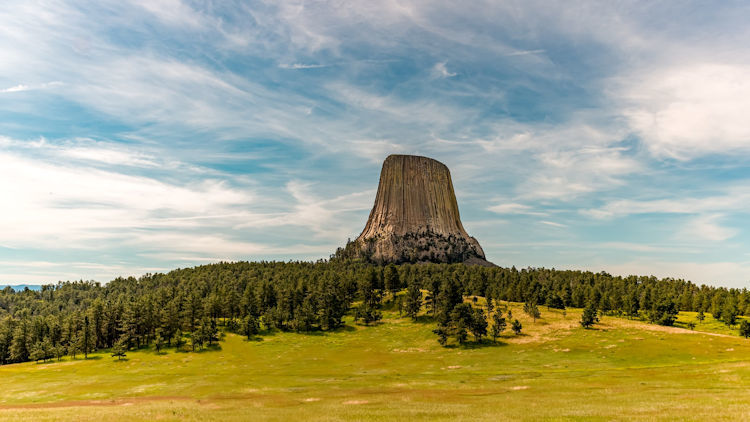 As we all know, planning an all-inclusive road trip is one of the best ways to experience all that the United States has to offer. There are literally hundreds of sights to see and these most popular roadside attractions across the states will provide memories to last a lifetime. Some are beautiful to behold, some highlight the history of a specific region and others are downright odd. Let's therefore take a look at a handful of popular roadside attractions and highlight some of the most unique qualities associated with each.

This large sedimentary rock formation was formed over tens of millions years by the simple act of erosion. It now stands more than 900 feet above ground level and it is considered to be one of the most iconic representations of the American west. The Devil's Tower is thought to have been worshipped since ancient times and its allure continues well into the present day. This is also a great destination if you are a fan of nature.

This Californian attraction is said to be the most popular for anyone who is planning a road trip. Salvation Mountain is an excellent example of American folk art and you will be immediately drawn to its painted surfaces. Indeed more than 100,000 gallons of paint were used by artist Leonard Knight during its initial construction in the 1960s. The fact that Salvation Mountain is located within the arid Sonoran Desert also makes it quite a unique feature and enables it to stand out from the rather barren landscape.

Although most of us associate Nevada with the glitter of Las Vegas, there is a bit more than initially meets the eye if you know where to look. Seven Magic Mountains are a series of colored cairns which have been carefully balanced within an otherwise muted landscape. Their bright hues can be seen for miles and even those who are not fans of art will be entranced by their sheer presence. Each stands over 30 feet tall and due to the fact that they are only 30 minutes from Las Vegas, these monuments can be reached easily.

Science fiction will often play a part in roadside attractions and the so-called Mystery Hole is a perfect example. Originally created by a man who believed that he had discovered an underground magnetic anomaly, the Mystery Hole is now more of an oddity than anything else. It was restored in 1996 and this sculpture now attracts tens of thousands of visitors each year. If you plan on visiting Virginia during your journey, set aside some time to experience the Mystery Hole.

Carhenge is another one-of-a-kind attraction which will certainly turn heads. Found within the state of Nebraska, Carhenge was literally created to represent the iconic Stonehenge structure. As you might have already guessed, the main difference is that a series of vehicles was used in its construction. It is said that artist Jim Reinders originally envisioned this monument as a way to pay homage to his father. Even if you are not a fan of cars, the sheer spectacle of Carhenge will leave a lasting impression.

Ave Maria Grotto was created by a Benedictine monk during the early 20th century. Joseph Zoettl was fascinated by miniature versions of famous structures and religious shrines. He was also a gifted artist, as he created more than 125 sculptures throughout his lifetime. These are now on display for everyone to see. Ave Maria Grotto is located in Alabama and it is one of the most trending destinations on social media sites such as Instagram.

Located in the state of Idaho, the World's Largest Beagle leaves little to the imagination in terms of quirky roadside attractions. There is also a bit more than initially meets the eye here, as a comfortable bed-and-breakfast hotel is found within its confines. You can instead peruse a nearby park which displays sculptures of other animals such as fish, moose and beavers. Be sure to visit their on-site gift shop to pick up a souvenir or two before continuing your journey.

Whether you are a fan of art or you simply wish to take a few memorable snapshots along the way, any of these roadside attractions will provide a unique form of entertainment.