The Top Reasons Why Americans Go On Vacation 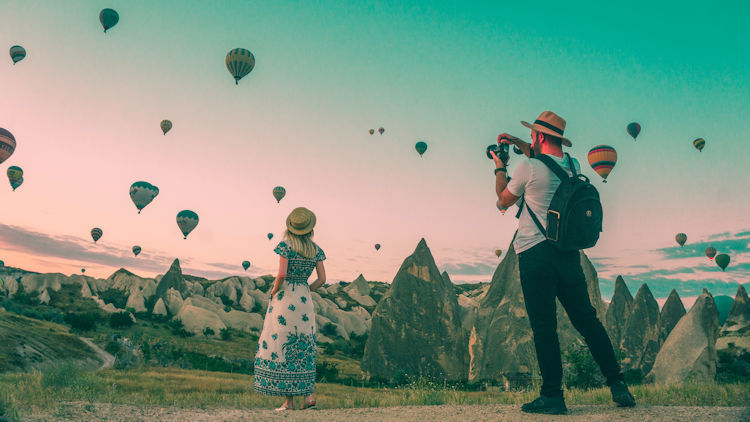 A study finds that one in five American Millennials go on vacation to take pictures for Social Media.

11% of American millennials say the main reason for going on vacation is to get pictures for social media, with it being a top factor for as many as one in five. Two thirds upload pictures to social media while on holiday. The average millennial spends 40 minutes per day on vacation taking social media pictures.

The study was undertaken by the team behind flight-comparison site www.us.jetcost.com, in which they surveyed over 4,000 Americans between the ages of 22 and 37 (deemed to be millennials). All respondents revealed that they have been on vacation (whether abroad or not) at least once in the past five years.

All respondents were asked what their main reasons were for going on vacation, and the following were the top five answers:

What’s more, a further one fifth of American millennials (21%) revealed that one of the main reasons they go on vacation is ‘to get pictures for social media’, with one in nine (11%) citing this as the top reason they go away.

When asked which platform they uploaded holiday pictures to, the majority said Instagram (73%), with over half (56%) saying they also upload them to Facebook. Two thirds of respondents (63%) said that they upload pictures to social media whilst they are on holiday.

Each respondent was asked to estimate how long they spend taking pictures for social media each day, and the average came out at 40 minutes, totaling 4 hours and 40 minutes in a week’s holiday.

A further 10% admitted that they had uploaded a fake holiday picture to social media, whilst 15% had faked a fitness photo, and over a quarter (26%) have faked a picture in a restaurant for social media. What’s more, one in three (34%) admit to either photoshopping their images or using filters to make them appear more impressive.