The Ultimate Picasso Tour of Europe 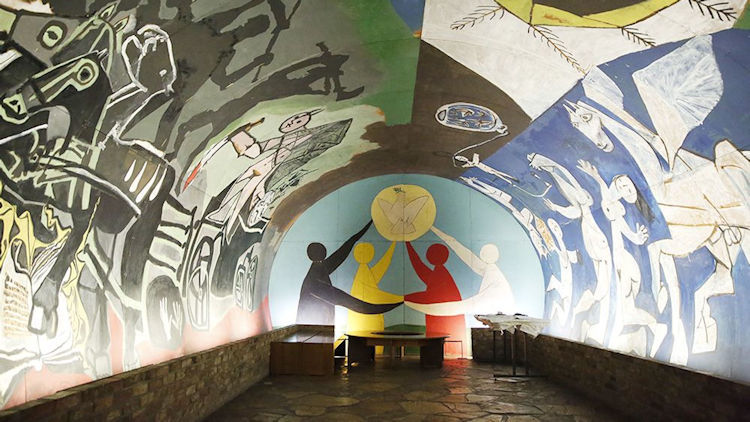 An exciting new tour of discovery by specialist travel company Ariodante, will explore the life, work, and legacy of the legendary Pablo Picasso, offering an intimate insight never offered before. Participants will meet with some of the world’s most renowned Picasso experts, members of the artist’s family, associates, and other respected artists, as well as enjoying amazing gastronomic experiences and wine tasting events. This historical tour which crosses several countries, will give a unique insight into the artist’s genius, his influences and how he inspired others through his work.

Often regarded as one as one of the most influential artists of the 20th century, Pablo Picasso was a Spanish painter and sculptor who spent most of his adult life living and working in Paris. Throughout his early years, Picasso demonstrated extraordinary artistic talent, as he experimented with different techniques and ideas before taking influence from the famous French artist Henry Matisse, where he began to explore more radical styles, to become known as one of the leaders of modern art.

The tour will begin by exploring Picasso’s deep connection with Paris. Among the unique experiences, will be a private visit to the famous Picasso Museum, including an exclusive backstage visit to the Georges Pompidou Museum, where guests will have access to some of the artworks never seen on display. Whilst in Paris, the tour will open the doors to some of Picasso’s most private places, unknown to most people, including a flat in Montmartre, where he lived with his mistress. There will be a private lunch arranged in the ballroom where the artist married, prepared by a 3* Michelin starred chef.

From Paris, the tour continues to the stunning French Rivera, where Picasso spent most of his later years and where he died. Guests will explore the artists rivalry with Matisse and enjoy a private visit to the Picasso and Matisse Museums, including viewing an important private collection
and a selection of private properties connected to Picasso’s life and work, followed by a spectacular private dinner inside the Picasso Chapel.

Guests will then take a luxurious yacht and embark on a relaxing site seeing cruise to reach Barcelona, where they will explore Picasso’s ‘Blue’ period (1901-1904) before continuing onwards to Malaga, Picasso’s birthplace.

From Malaga, guests will fly to Madrid where they will enjoy not one, but two, money can’t buy experiences, including a rare visit to the Royal Fine Arts Academy, where Picasso studied and became a director.

Each trip by Ariodante is created from scratch and customized to the personal interests of its group.

All trips are carbon offset by 200% by Ariodante who meticulously work out the total carbon cost of every aspect of the trip, and purchase carbon credits through one of their partners. Suppliers are selected based on their eco-credentials.

Prices start from £450,000, based on a group up to 6 people on a 10- day trip.
For more information visit https://www.ariodantetravel.com