Things You Must Know About Weighted Blankets 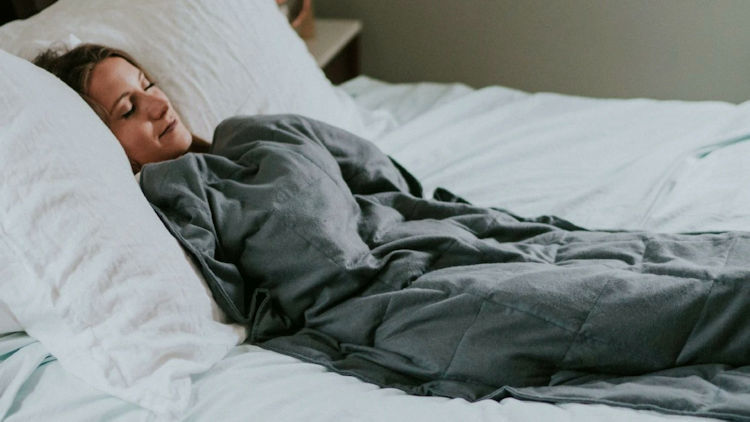 Weighted blankets aren’t your regular, everyday blankets. They have a much greater purpose. In most cases, they are used to help treat some issues like ADHD, anxiety or PTSD in people of various ages.

The main idea behind a weighted blanket is to help a person calm down by putting enough pressure on a person's body, to a point where it would feel like a hug and would dull down all the other senses and create a feeling of calmness.

What are weighted blankets?

In its essence, weighted blankets are just heavy blankets designed to relieve people of stress and provide them with a sense of calmness. They are used in what is called occupational therapy in an attempt to try and calm people down, but they can also be found in many households.

They aren’t used to treat any of the aforementioned conditions. However, they have been proven time and time over to be a useful tool for many individuals who struggle to overcome anxiety, ASD, ADHD, or some other disorder, all on their own.

How do weighted blankets work?

The main idea behind a weighted blanket is the so-called “pressure therapy”. This is achieved by applying a moderate amount of pressure on your entire body, excluding the head, which would then result in a hugging feeling. The idea of recreating this hugging feeling is deeply rooted in our evolution, as it is widely known that the hug can be incredibly calming. Find out more about them and what is the best weighted blanket in UK in this buyer’s guide!

Weighted blankets are not made only for the adults

While weighted blankets should never be used with babies or toddlers, as they could easily suffocate them – there is nothing stopping a well-developed child from using a weighted blanket. Any child, after the age of 5, can use an appropriately heavy blanket to help deal with whatever it is that is bothering them.

While none of this is scientifically proven, it has been shown, in practice, over and over again, that sleeping or simply lounging under a weighted blanket can noticeably reduce anxiety levels in an individual. It is presumed that the applied pressure is nudging your autonomous nervous system into the "rest" mode, which results in lower anxiety levels.

Fight off insomnia with weighted blankets

Not being able to fall or stay asleep can have an array of consequences on human life. Fortunately, weighted blankets have been shown to be effective in people suffering from insomnia. The general belief is that the weight of the blanket not only mimics the hugging feeling but that it also lowers your heart and breathing rate, allowing you to fall asleep faster and easier.

War veterans can use weighted blankets as well

PTSD is a common problem for war veterans. Although we would always advise seeking professional help in these situations, it is also said that a weighted blanket can prove out to be more than useful in these kinds of situations and with these kinds of problems.

Patients suffering from ASD can be easily triggered into a state of anxiety or stress simply by their senses being overstimulated. With the help of a weighted blanket, their mind can be calmed down and moved away from the stimuli-overdrive, allowing them to relax and fall asleep.

Fibromyalgia is a condition that causes pain, sleeping issues, fatigue, mood swings etc. The general belief is that by using a weighted blanket, our body is pressure stimulated into releasing serotonin, which relaxes and calms us down and also dulls the pain.

People suffering from ADHD have a hard time focusing and staying in place, which in small children can result in a bad academic performance or bad sleeping habits. With a weighted blanket, you can expect some improvements, mostly due to the fact that the pressure stimuli from the blanket will stop the children from being distracted by the other sensory stimuli.

Who shouldn't use weighted blankets?

Also, small children, toddlers and babies are also not suited to use a weighted blanket. When children are small, the weight of the blanket could easily be overwhelming for their small bodies and could lead to tragic consequences.

Also, anyone incapable of controlling their own body should use a weighted blanket, mainly for the same reasons as the children.