Tired of Winter Weather? It's Summer Down Under! 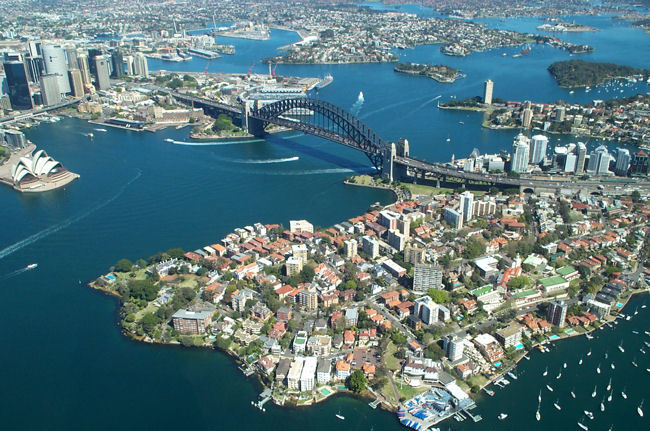 Closer than you think and more affordable than ever, Sydney has numerous reasons to visit including picturesque beaches, five-star hotels and restaurants and a buzzing nightlife.

Known as an ocean and harbor city with unparalleled access to the water and more than 70 beaches, Sydney is a swim and surf mecca. Voted one of the top 10 beaches in the world by National Geographic 2010 survey, the renowned Bondi Beach is one of Australia's most popular beaches. It's also the home of the famous Bondi Beach Rescue Lifeguards, whose heroics are documented on the popular TV show Bondi Rescue.

Americans can gain an insider's view on the quintessential Bondi Beach lifestyle and the challenges faced by the Bondi Rescue Lifeguards as the show is broadcast worldwide on National Geographic Adventure. Experience the delights of Bondi Beach for yourself: enjoy a surf lesson with Let's Go Surfing, Bondi Beach's number one surf school or take a dip in one of the Bondi's iconic Ocean Pools.

Bondi Beach is just one of Sydney's urban-beach villages which are alive with bars, vibrant cafes, dining and shopping, just steps from the surf and sand.

"Sydney's spectacular beaches, which are located just minutes from the city center, are a huge draw for visitors along with the beautiful harbor and icons such as Sydney Opera House and Sydney Harbor Bridge," says Justine Cooper, Director of Marketing and Communications, Tourism New South Wales.

As if that's not reason enough - for a limited time Qantas and Qantas Vacations is offering good-value deals to Sydney, Australia. Americans can fly from Los Angeles to Sydney for as little as $898* and from New York to Sydney for $1,098* (round trip economy air fare only). For reservations, contact your preferred travel agent, visit qantas.com or call 800-227-4691.
Like Us
Facebook
Follow Us
Twitter
Follow us
Instagram