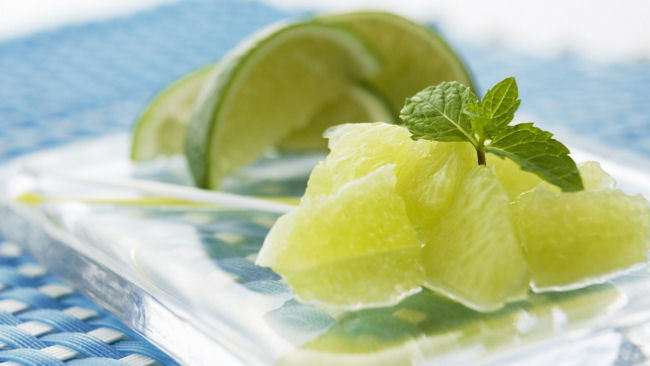 Here are the fascinating findings:

SUSTAINABLY-SOURCED INGREDIENTS: 86 percent of diners think sustainable food is important, and 76 percent of restaurant owners already have it on the menu, while another 10 percent say they'll add sustainably-sourced ingredients in the next year.

SMALLER PORTIONS: 72 percent of diners appreciate smaller portion sizes and nearly one in five (18 percent) of restaurants have reduced their dish sizes in the past year, with another 7 percent planning to do so in 2012.

VEGGIE DESSERTS: Although 68 percent of diners are interested in desserts that incorporate vegetables, only 25 percent of restaurant owners offer them, although 7 percent plan to add that menu item in 2012.

MENU NARRATIVES: Nearly nine in 10 diners (86 percent) want to hear the backstory on menu items, and almost half of restaurateurs are happy to share.

SPICE OF LIFE: 85 percent of diners love spicy food (in fact, 33 percent say dishes are never hot enough!) and more than 1/3 of restaurants (38 percent) have introduced spicier offerings in the past year, with an additional 7 percent making plans to do so in 2012.

MOBILE TECHNOLOGY: More than 2/3 of diners (67 percent) are all for adding technology to the dining experience (iPad menus, anyone?), and nearly one in five restaurateurs (18 percent) plan to do so in the next year.

BREAD UPON REQUEST: Nearly 1/3 of restaurants (32 percent) provide bread only upon request these days, even though 61 percent of patrons say they'd prefer to have bread on the table without asking.

FINE-DINING BURGERS: Three out of four diners (73 percent) like seeing fancy burgers on the fine-dining menu, but only half of restaurateurs (51 percent) have any interest in offering them.

BREAKFAST ALL DAY: Diners and restaurateurs agree to disagree when it comes to breakfast items on lunch and dinner menus–83 percent of diners want to see it, but 58 percent of restaurant owners have no plans to indulge them.

ALL IN THE FAMILY: Three in four restaurateurs say they're fine with children at their eateries; however, 2 out of 3 diners said they're not fans of dining out near mini-foodies.