Top 5 Islands to Visit by Private Jet in Europe 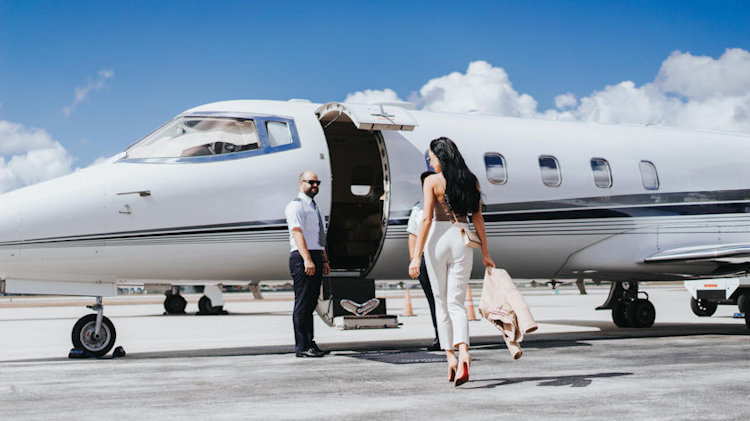 What’s the first thing that comes to your mind when thinking about private aviation? Celebrities, luxury and high-end lifestyle? Although that might be correct, it only represents a fraction of the market’s users. Passengers are willing to invest in a private flight because it reduces time, its flexible and extremely reliable. And that’s a worldwide trend. But as a savvy travel reader, you probably knew that, right?

Europe is a huge market for private aviation with very important hubs in Paris and London and half a dozen of vacation centers led by Nice, Ibiza, Mallorca, Sardinia, Sicily and Mykonos. The two capitals accounted for almost 110,000 private movements in 2018 and there’s no reason 2019 will be any different. Nice is in a league of its own, powered by leisure and registering a whopping 35,000 operations, beating every other city in the continent not named Paris or London.

Spain and Italy lead the way as having the most frequented islands in Europe by private aircraft. According to Knight Frank’s Wealth Report (June 2019), Mallorca tops the list with more than 5,500 operations, followed by Ibiza, also in Spain, with 5,300, Sardinia (Italy) with 4,800, Sicily (2,263) and Mykonos, in Greece, with 1,838. Why so many movements to islands? Well, commercial connections are not so popular, and all mentioned destinations offer expensive lodging, which can be afforded by those chartering a private jet. Oh, and they’re beautiful!

Monarch Air Group, private jet provider with global presence, charters aircraft of various types and sizes to unimaginable destinations in the continent, and flights to these islands are an increasing trend within their clients. What makes each one special? Here are some facts.

Famous for its nightlife, this Balearic Island is defined by its year-long summer club environment, although the local government has been promoting more family-oriented tourism in the past decade.

The third largest island in the Mediterranean has Palermo as its capital. Breathtaking sightseeing throughout, combined with culture, architecture, literature and cuisine, make of Sicily a unique destination.

A vibrant nightlife, beautiful landscapes, white houses and considered as one of Europe’s top gay-friendly destinations, with various places serving the LGBT community, Mykonos has it all. Even a taste of mythology, named after its first ruler, grandson of the god Apollo.

Another Balearic Island, Mallorca is the largest and visited annually particularly by tourists from Germany and the UK. Palma is its capital and 400,000 people call it home. Its airport is one of the busiest in Spain with 28 million passengers yearly.

Do you like mountains and long beaches? What about woods and plains? Sardinia’s diverse ecosystem serves various types of tourists, where a sense of wilderness can be found in every corner.