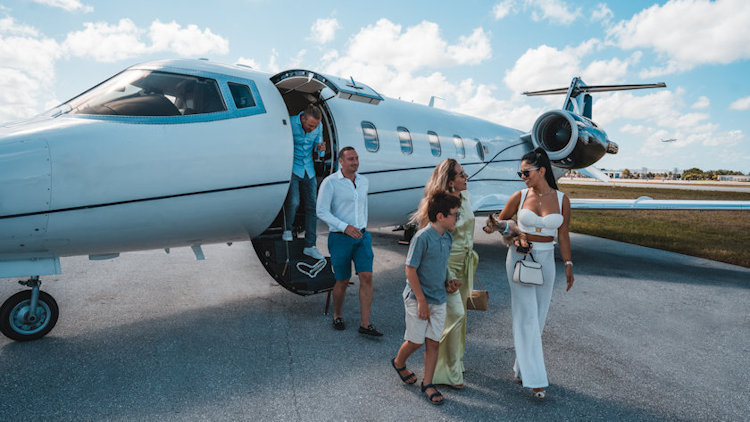 New York based private jet company Mercury Jets shares the major motorsport events to land a private jet for the rest of 2022.

The 2022 professional motorsport 2022 season is well underway and the top championships with global presence as the MotoGP and Formula 1 are fully open to crowds once again.

Which are the top circuits that have historically driven private jet demand? Mercury Jets, a private jet charter company based in New York, created a list with the top worldwide Grand Prix events that combine a great racing atmosphere while also allowing to enjoy the host venue before or after the chequered flag.

2022 marks the first year that Miami will host a Formula One race, a promising partnership that combines a top-notch business and leisure venue with a major sport event. Fort Lauderdale-Hollywood (FLL) Airport, just 15 minutes from the autodrome, is the top option to land a private jet, while Miami-Opa locka Executive (OPF), a private aircraft-dedicated terminal, is also a great choice.

Where: Miami International Autodrome, Miami
When: May 08

The Monaco prize is probably the most famous and prestigious circuit of all. It unites sports fans and celebrities alike, thanks to what the host venue, beautiful Monte Carlo, has to offer throughout the race. The nearest airport to the circuit is Nice Côte d'Azur (NCE) and, once there, it is common for passengers to rent a helicopter to Monaco, while enjoying the impressive sceneries on the route.

Where: Monte Carlo, Monaco
When: May 29

Nicknamed The Cathedral, Assen is the only circuit to have hosted a MotoGP race every single year since 1949, when the championship was created. That tells you something about the atmosphere and how serious and passionate the Dutch are for motorsports. The nearest terminal from the track is Groningen Airport, which is 18.5 km away. Groningen and Assen, in the country’s northeastern region, are definitely worth a visit.

Where: Assen, Netherlands
When: June 26

Tradition at its finest. Along with the Italian edition, it has hosted every Formula One season since 1950, although the award itself dates to 1926 as a motorsport competition. World-renowned London Luton Airport (LTN) is the top option, although passengers must acknowledge that it is one of the private airports with most traffic in Europe.

Where: Silverstone, England
When: July 03

Italy, in addition to having two of the most exciting races on the circuit (also Imola), is a beautiful destination to spend a weekend with friends and family. Monza is another venue that emanates tradition, just as Monaco, being from year one an official circuit of the Formula 1. The closest airport to Monza is Linate International Airport (LIN).

Where: Monza, Italy
When: September 11

Spain is host to four MotoGP circuits in the year, although Valencia, thanks to the city and its amenities, and because it closes the season, has a special touch. It sits 150,000 strong and boasts a unique stadium section that gives the crowd some spectacular views of the entire race. Now to Valencia… A beautiful city sometimes left behind in regards to other more popular regions in Spain as Malaga, Barcelona, or the Balearic Islands, has stunning beaches and a unique cultural and architectural complex that is worth a visit: City of Arts and Sciences. Manises International Airport is the closest to the circuit, located just 15 kilometers away.

Where: Valencia, Italy
When: November 06

The previous is just a snapshot that explains why MotoGP and Formula 1 are one of the top motorsport championships in the world. Its venues, circuits, and host cities alike, make it an enticing option for any sports fan worldwide, especially when combining the race with a holiday in the host city. Private aviation pairs seamlessly with the experience as it is possible to enjoy a Grand Prix for the day and then fly back to the city of origin, safely and with the utmost comfort.