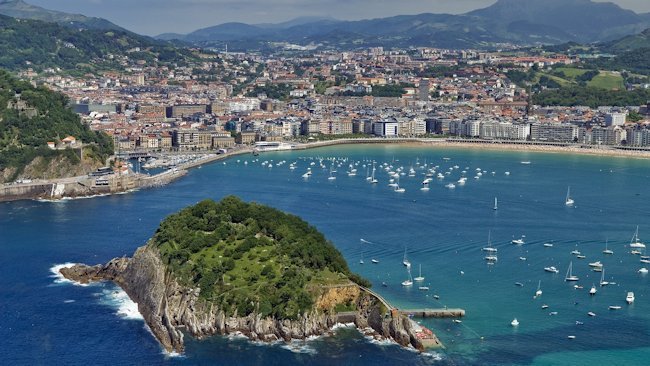 This off-the-beaten path, yet incredible part of Spain contains some of the most historic cathedrals in the world. Compare the pre-Romanesque churches of Oviedo with Barcelona's famous, though unfinished, Sagrada Familia, a UNESCO World Heritage Site.

In Madrid, see the statue of Cervantes’ fictional hero, Don Quixote, in the Plaza de España. Visit the Prado Museum, a rose-colored palace housing works by Velázquez, Goya, Titian, Botticelli, Rubens, and many others. See the impressive Castillo de la Motta, conquered by Queen Isabella, before arriving in the fortified town of Zamora, where among the famous 12th Century Romanesque churches there are cafés and tapas bars. Continue north to Santiago de Compostela, founded in 813 when, according to legend, the tomb containing the remains of the Apostle St James was discovered. For dinner, enjoy the freedom of your Dine-Around program, and choose from a selection of restaurants recommended by your Tour Director. 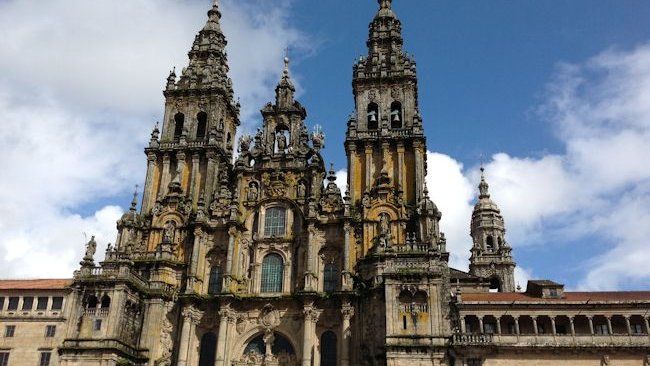 In the Middle Ages, Santiago De Compostela was the third most important city for religious pilgrimage after Jerusalem and Rome, attracting pilgrims from all parts of Europe. Remaining as one of Spain’s most remarkable cities, your local guide will acquaint you with its buildings and heritage. The majestic Praça do Obradoiro is one of the world’s finest squares. Gaze upon the impressive façade of the Cathedral, built upon the site of the original basilica erected over the Apostles tomb.

Costa Verde, the Green Coast of Asturias, one of Spain’s most beautiful, is named after the color of the sea, and the pine and eucalyptus trees that line the shore. The route reveals glorious coastal vistas before turning inland to the modern town of Oviedo. See the 9th century churches built when the city was capital of Christian Spain. Visit the church of San Julian covered with 1,000 year old wall paintings and the stately square of Plaza Alfonso II, next to the cathedral. Round off the day with an introduction to “sidra,” Northern Spain’s drink of choice in the “Boulevard of Cider." 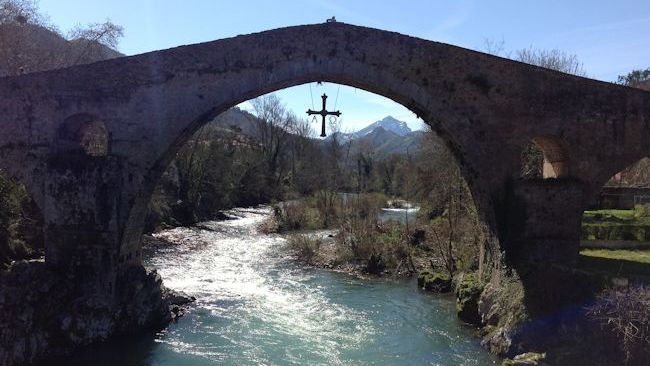 See the unique Roman bridge in Cangas de Onis as you head into the foothills of the Picos de Europa "Peaks of Europe", Spain’s second largest National Park, full of spectacular mountain and gorge scenery. Here visit the holy cave of Covadonga, a shrine to Pelayo, who achieved the first Christian victory over the Moors in 722. Continue to Santillana del Mar, which many writers have called "the most beautiful village in Spain." 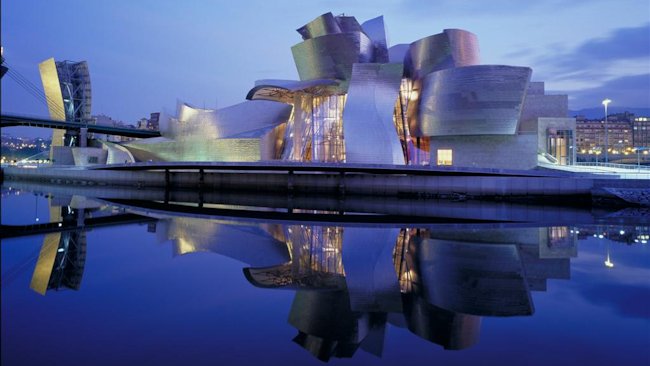 In nearby Bilbao, admire the striking modern architecture of the Guggenheim museum, one of the world's most spectacular buildings. Admire the beauty of San Sebastián (pictured at top) on a guided walking tour of the Old Quarter. See the numbered balconies of the Plaza de la Constitucion, a reminder of the days when bullfights were held in the square. Stop in Pamplona, the city of the running of the bulls, and perhaps take a stroll to the famous Estafeta Street before moving on past the famous Rioja wine–producing region. Lunch time finds you in the Plaza del Pilar, in the shadow of Zaragoza's famous Cathedrals. 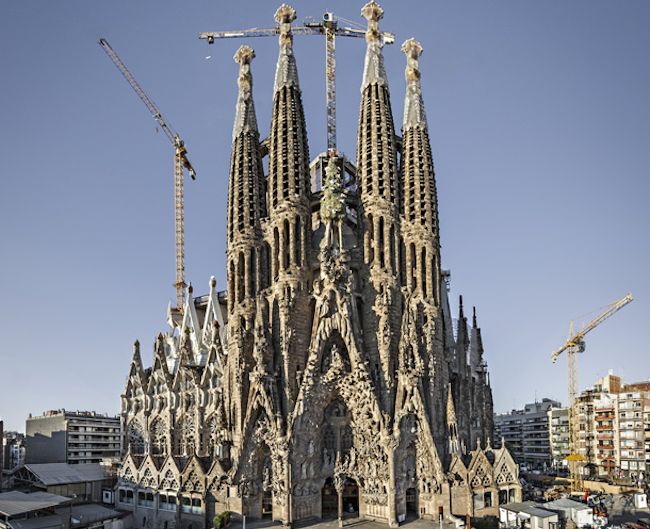 In Barcelona, join your local guide in the Plaça Nova in the heart of the Gothic quarter. See the cathedral and walk through the Roman gate to tour the narrow lanes and old squares. Drive by the lively Rambla and along the Passeig de Gràcia, adorned with elegant wrought-iron street lamps and the most flamboyant Modernist buildings. Continue through the Eixample district to visit Gaudi’s extraordinary, unfinished Sagrada Familia church. Both inside and out, it defies belief! On your final evening, raise your glasses at a finale 'Celebration Dinner' with local wine at a typical Catalan restaurant.

Insight Vacation's 12-Day tour of Northern Spain uses 4-star hotels. Find out about their select collection of 'Gold" itineraries that use 5-star luxury hotels: Insight Vacations Gold - The Art of Touring in Style