Travel to the Luxurious Jeddah City 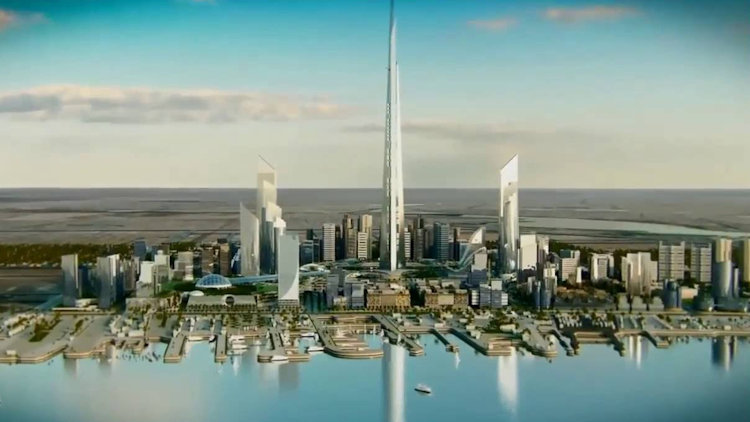 After World War II, the city of Jeddah was completely modernized and was able to expand thanks to the new wealth acquired by Saudi Arabia from oil royalties. The economy of the city that was once dependent on pilgrim expenditures and fishing, was diversified to incorporate steel-rolling mills, oil refineries, and also the manufacture of cement, clothing and pottery. Other small industry activities include cattle raising and many other small industries.

The city of Jeddah is located strategically located in the northern part of Saudi Arabia in the Hejaz region in the Makkah province, and it is the commercial center of the country. Jeddah is an oriental dream where you can discover the splendors of luxury lifestyle of Saudi Arabia, including the Jeddah Tower that is still under construction. It is intended to be the tallest structure of the world that will surpass a height of 1,000 metres landmark. The Jeddah Tower will have it all; a hotel, restaurants, residential units, offices and an observatory deck.

Observatory Deck on the Jeddah Tower

With a total of 252 stories, the Jeddah Tower will hold the record of the highest stories in the world. The observatory deck will give residents and visitors a bird’s eye view of the red sea, since it is being built just off the coast. It will occupy over 500 square feet, made of steel at the height of 2000 feet above the ground to give you a wonderful and precious view of the city and sea. Visitors will also have the chance to take pictures and enjoy the 360 degrees view of the surroundings of the Jeddah Tower.

The Jeddah Tower is set to be the primary business center of Jeddah city. The Tower is planned to have several hotels within the building, and they will have approximately 200 rooms with a good water supply and many social amenities to enjoy. There will also be a good number of restaurants with different food options, from local to international, and simple to exotic. The restaurants will be available for all visitors to the Tower, although some may be required to have a reservation in advance.

The main hotel will be the Four Seasons in the Jeddah Tower. This hotel is a global luxury franchise that has over 100 centers in over 100 countries around the world, with headquarters in Canada. The Four Seasons have been operative since 1960 and their promise is luxury travel.

If you want a taste of full luxury living, you will want to have a residential apartment in the tallest Tower in the world. The Jeddah Tower will have over 500 apartments, each one specially designed to accommodate the needs of the communities that surround it. Residents can choose from four tier houses, and each one has a unique architectural design and social amenities.

Tier four is the embodiment of life in a magnificent house. The architecture level and social amenities that are available in these residential apartments will outshine all of the other tier housings. One of the common features of the tier 4 architectural design is that it will be laced with gold. The tier 4 residential places will have their own private entrance, and this way the resident will be able to enter and leave the tower at their desire and pleasure.

Because of the strategic location of the city of Jeddah, it has allowed the city to thrive and develop economic and cultural activities. It is a modern city with the potential to spend great and luxurious times, whether for recreation or work. It beats with good vibes and pleasure that will allow you a wonderful time during your visit, there is entertainment and fun for both the young and not so young, and there are cultural events hosted throughout the year.

For centuries, the city of Jeddah has been an important seaport. This waterfront got a facelift in 2017 and now has nearly  730,000 kilometers of beaches, restaurants, resorts, parks and mosques. And they offer different options of recreation and fun for everyone, from the the simple things in life to the most luxurious style of life, all in one city.

What to Do in Jeddah City

Aside from all of the business attraction that Jeddah Tower will bring to the city once it is completed, there are several places and sites you can visit today. They go from religious to restaurants and entertainment centers.

There is the floating mosque, that is also known as Fatima Al Zahra Mosque that attracts million visitors each year, more so during high tides. It is a beautiful white mosque built on pillars that are rooted underwater, to give the impression that is floating on the sea. The mosque is fully functional and used by locals and visitors to pray, but it is also open for tourists that want to look around and take pictures as well.

You can also find the Red Sea mall, that offers a wide variety of boutiques, a grocery shop, several places to eat with friends, and even options to entertain your children. It has it all to have a nice time.

These are just some of the sites that make Jeddah city a great place to live and to enjoy a luxurious visit.