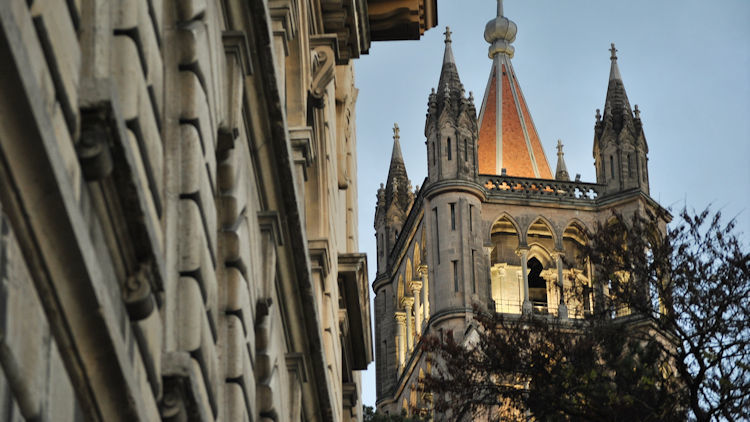 Located on the shores of Lake Geneva, Lausanne, Switzerland has been named the best small city in the world. Lausanne topped the chart in Monocle’s inaugural Small Cities Index, which ranked the best 25 small cities in the world with a population under 200,000. The five star Royal Savoy Hotel & Spa is positioned in an ideal location those looking to explore the Olympic capital on a vacation from the city.

Take a stroll along the waterfront and stop for a hot chocolate and famous Blondel truffles. Then climb the 18th century Market Staircase to take in the cobbled streets leading to the impressive cathedral or escape to one of the city’s famed museums for cultural discoveries. The fascinating Olympic Museum is just a short metro ride away that guests of the Royal Savoy can access with a city transport card handed to all guests upon arrival.

Explore the newly opened Plateforme 10, an arts district in the heart of the city combining fine art, photography, design and textiles. This hub will unite three long established museums in Lausanne that were previously spread across the city: the Musée Cantonal des Beaux-Arts (Cantonal Fine Arts Museum), the Musée de l’Elysée (Cantonal Museum of Photography) and the MUDAC (Museum of Contemporary Design and Applied Arts). The first museum to open is the Musée Cantonal des Beaux-Arts, founded in 1841 by painter and patron Marc-Louis Arlaud. The relocation to the Plateforme 10 site allows the museum’s collections of old and contemporary art by local Vaudois artists to gain increased visibility both nationally and internationally. The Royal Savoy has recently announced a new agreement which allows the hotel to organize private VIP tours of the museum for culture fans.

After a busy day of sightseeing, return to the historic Grand Château-style hotel which offers an oasis of calm in the middle of the city. Relax in the Spa du Royal’s state-of-the-art facilities including indoor and outdoor pools, sauna, steam rooms, ice fountain, eight treatment rooms and relaxation room. Choose from a superb range of wellness treatments and extensive message menu, including signature and hot stone massages.

End the day in the Brasserie du Royal, sampling delicious local specialties prepared with regional ingredients as well as signature dishes created by our Executive Chef Sebastien Cassagnol and his team.  The perfect place to try a glass of local wine.

The ranking in the Small Cities Index was compiled by Monocle’s correspondents, editors and researchers who looked at factors such as the quality of public transport, rail and air connections, lively metabolism and progressive local government, among other things.

Stay at the Royal Savoy Hotel & Spa from CHF 395 per night in a deluxe room, including breakfast. For more information or to book, please call +41 21 614 88 88 or email reservations@royalsavoy.ch.