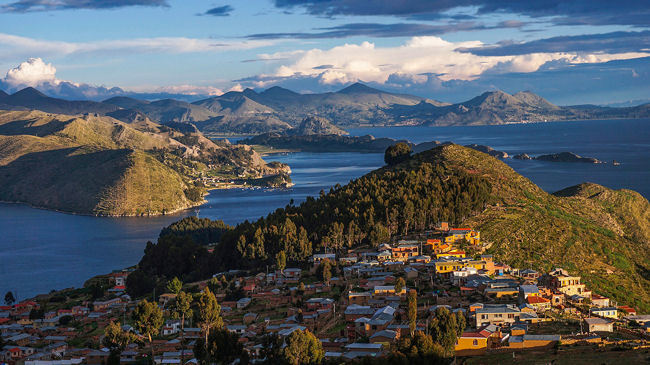 Take a seat in the kitchen at GUSTU, which is widely regarded as one of the top 10 restaurants in the world, and watch Chef Kamilla Seidler, named Top Chef in Latin America, prepare one of the most phenomenal meals you’ll ever eat on Wilderness Travel’s 14-day Bolivia!, a hiking and cultural adventure. While a dream destination for foodies in the know, the trip is also equally amazing in its hiking and exploration of Bolivia’s striking tapestry of geological wonders from salt flats to nature reserves -- and even includes a night in a “salt” hotel.

The trip’s farewell dinner is at GUSTU and the famed restaurant also provides the boxed lunches during the journey. “We will be welcomed to the ‘chef’s table’ in the kitchen where we can watch these culinary artisans at work,” says Barbara Banks, director of marketing and new trip development for Wilderness Travel. Latin America’s 50 Best Restaurants named Chef Seidler Top Chef in Latin America for 2016, lauded for her work to always pay a fair price to local farmers and producers and ensure workers receive an education as well as an income.

The hiking trip weaves its way through this mystical Andean country from La Paz with an “urban hike” to the otherworldly Salar de Uyuni salt flats, Lake Titicaca and the Inca’s mystical Island of the Sun, and the World Heritage site of Sucre. Anthropologist Andrea Heckman, who holds a PhD in traditional Andean arts and cultures, leads the trip, which incorporates hikes to Incan sites, lunch on a family farm with local weavers, four-wheeling through the Eduardo Avaroa National Reserve and sampling of traditional dishes, including a renowned local soup that sizzles with hot volcanic rocks.

Travelers will stay two nights at the unusual Hotel de Sal Luna built almost entirely out of salt blocks from the floors to the walls. Other accommodations include historic buildings, a hacienda and an ecolodge.

For more information or to book the trip, visit WildernessTravel.com or call 800-368-2794. AFAR magazine recently named Wilderness Travel its Top Tour Operator in the World for 2017.