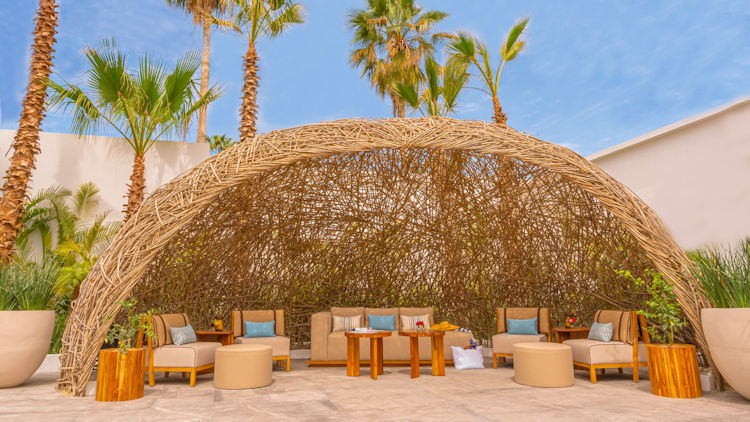 By night, Dalia transforms into a lively lounge and dining destination with an inviting ambience, where guests can indulge in handmade pasta and fresh seafood under the stars. With a vibrant atmosphere complemented by an impressive selection of refreshing libations, Dalia will serve as a buzzy social hub and gathering space for travelers and guests of Viceroy Los Cabos alike.

Dalia’s namesake, the national flower of Mexico, is a nod to the unique garden atmosphere of the restaurant, furthering the resort’s tradition of honoring regional art and culture. Drawing from the resort’s idyllic location on the coastline of Baja California, Dalia’s refined yet luxe design takes cues from the resort’s cinematic architecture through design accents that embrace the essence of water throughout the property and highlight tones of the surrounding sky and sea. Viceroy Los Cabos’ iconic winding water pathways seamlessly lead guests to the entrance of Dalia’s sprawling terrace, imbued by garden beauty and backdropped by the resort’s stark-white exteriors.

Dalia’s arrival is set to further underscore Viceroy Los Cabos position as a culinary destination in Los Cabos. In  addition  to  Dalia, each of Viceroy Los Cabos’ five atmospheric dining venues  provide a distinct and unforgettable culinary experience. “Nido” Restaurant, translated from Spanish to mean “nest,” is both a visual centerpiece and social  epicenter. Beach and poolside bar, Nidito – meaning “little nest” – is  a  lively  extension  of  Nido  restaurant,  delivering  a  selection  of  refreshing  cocktails  and delicious  bites. Located  off  the lower  lobby, Casero – meaning “homemade” – and Otro Bar – meaning “another” – feature traditional Mexican cuisine and a Tequila Library equipped with house infusions, while the rooftop bar and lounge, Cielomar offers weekly entertainment and breathtaking views.