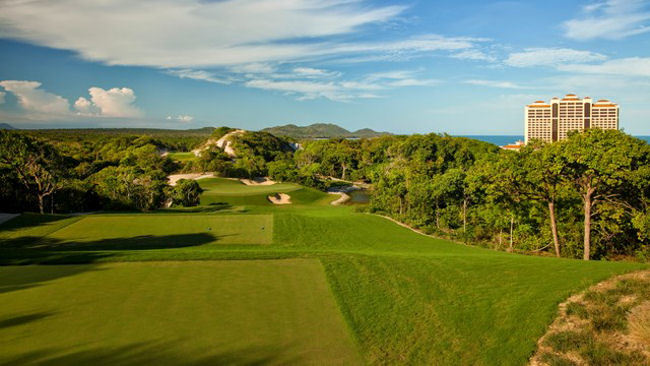 The announcement was made at the conclusion of the International Golf Travel Market (IGTM), the global golf travel industry's annual trade show, held for the first time in Tenerife.

The award was accepted by Niklas Robinson on behalf of all courses in Vietnam, whose inventory of world-class golf facilities continues to grow at a steady pace and expand across a landscape that is among the most geographically diverse in Asia.

“As recently as a decade ago, there weren't but a handful of options in Vietnam for golfers,” said Robinson, who oversees the sales and marketing efforts for Vinpearl Golf, a golf management company that already owns and operates a pair of championship-caliber courses in two of Vietnam's most intriguing destinations and is planning to develop up to four more in the next year. “Times have definitely changed though, and not just from a quantity perspective. The quality is outstanding.”

In the last 12 months, Vietnamese golf officials have witnessed the opening of several new courses, including the first on the island of Phu Quoc (Vinpearl Golf Phu Quoc), the second at Sky Lake Golf Club near Hanoi, and the 27-hole Tan Son Nhat Golf Club next to the airport in Ho Chi Minh City.

The most publicized recent debut occurred in October 2014, when golf legend and acclaimed architect Greg Norman cut the ribbon on The Bluffs Ho Tram Strip, a spectacular links-style layout two hours southeast of Ho Chi Minh City. In December, the venue will host the Ho Tram Open, a US $1.5 million Asian Tour tournament that is being billed as the richest sporting event in Vietnam's history.

Vietnam's rise as a golf destination unofficially began in 2007, when a marketing push by some of the country's top courses and hotels sparked IAGTO to vote it Undiscovered Golf Destination of the Year.

Soon thereafter, a clutch of international-standard courses were built, including a pair of brand-name beauties on the central coast that immediately joined the ranks of Southeast Asia's finest – the Colin Montgomerie-designed Montgomerie Links and Norman's Dunes Course at Danang Golf Club.

The addition of those courses, as well as Nick Faldo's stunning Laguna Lang Co just north of Danang, helped Vietnam in 2012 garner Golf Destination of the Year for Asia & Australasia for the first time.

The IAGTO awards were established in 2000 to reward exceptional contributions to golf tourism. IAGTO's 450-plus golf tour operators from 60 countries vote for five regional winners around the world based on criteria such as customer satisfaction, quality of golf courses and accommodation, value for money, professional conduct of suppliers, amount of support from the local tourism industry and accessibility to tee times.